A team of approximately 20 volunteers from electrical contractor Joe Dickey Electric, journeymen electricians from IBEW Local 64 in Youngstown and residential apprentice electricians from the Youngstown Area Electrical Joint Apprenticeship and Training Committee installed the rough electrical service at the Habitat for Humanity’s new home construction project in Austintown this past weekend.

The home is being built for military veteran James Skok and his family.

Max Kasten was among the volunteers from NECA-IBEW Electricians to install the rough electrical service to the Habitat for Humanity home in Austintown this past weekend. 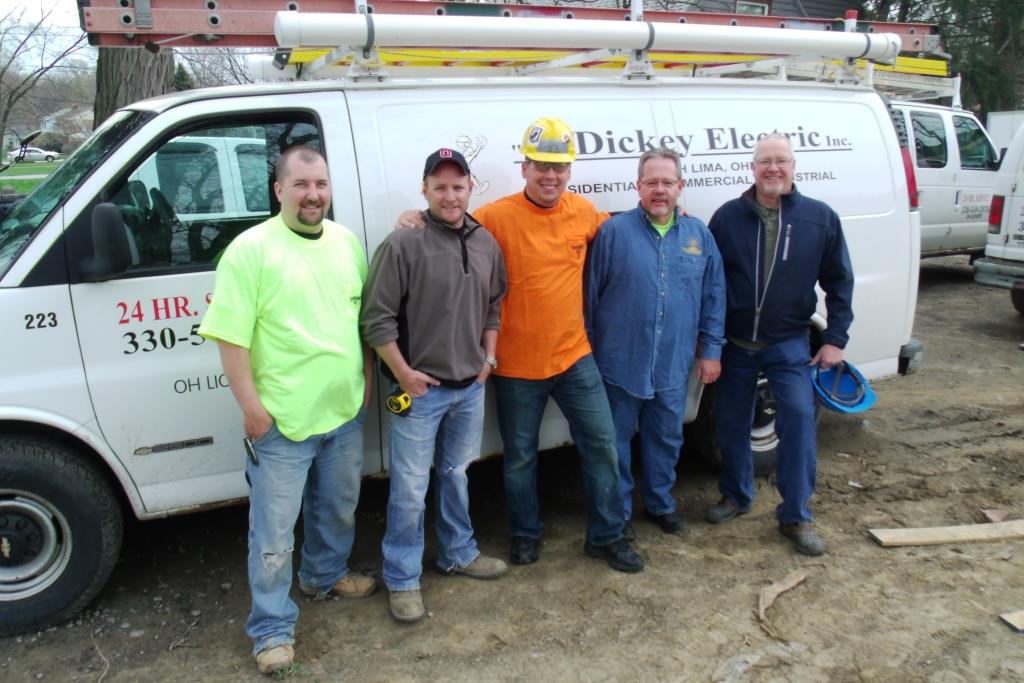 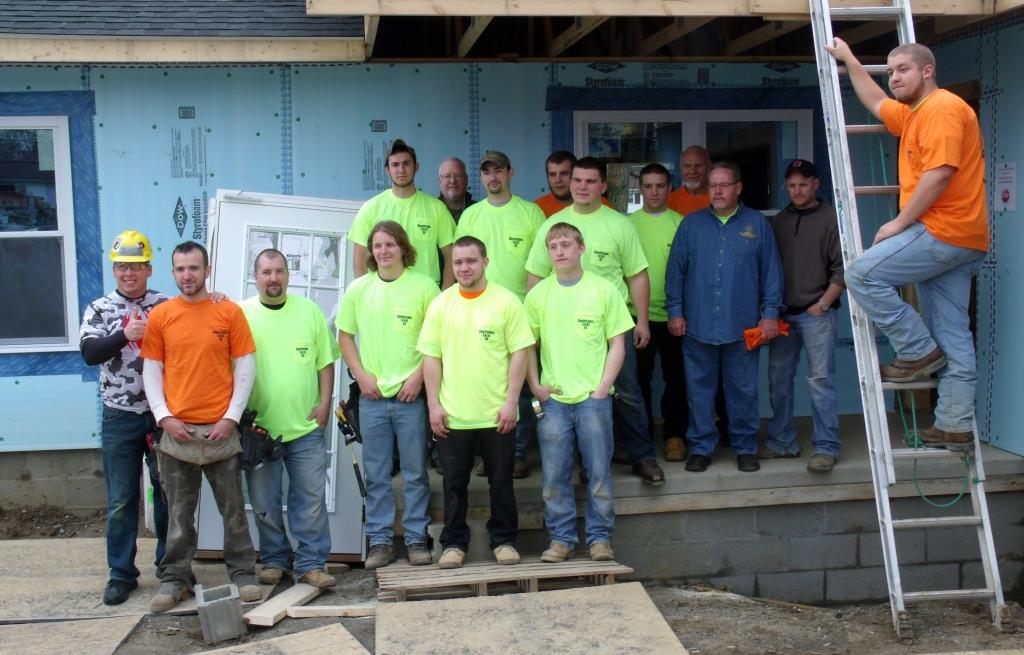 Nearly 20 volunteers from IBEW Local 64, Joe Dickey Electric and the YJATC spent part of the weekend installing the rough electrical for a Habitat for Humanity house in Austintown. 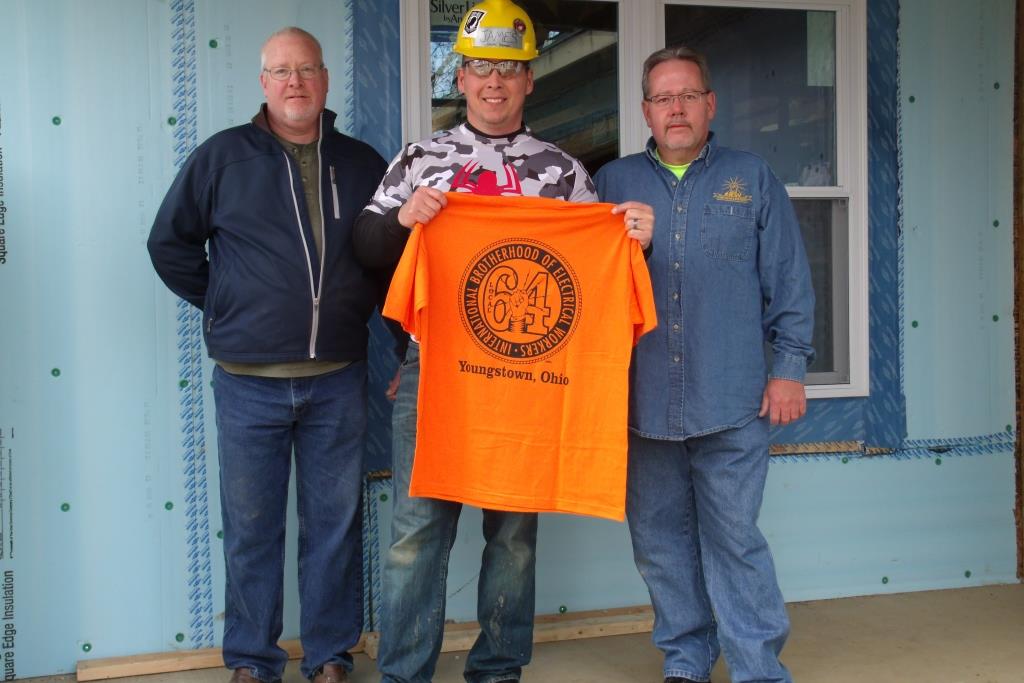