This year’s Mahoning Valley Skilled Trades Expo in Canfield has already proven to be a success for the local electrical training centers.

The September event at the Canfield Fairgrounds drew about 4,000 students from schools in Trumbull, Mahoning, Columbiana and surrounding counties, along with another 100 adults, said Scott Satterlee, membership development coordinator for IBEW Local 64 in Youngstown. 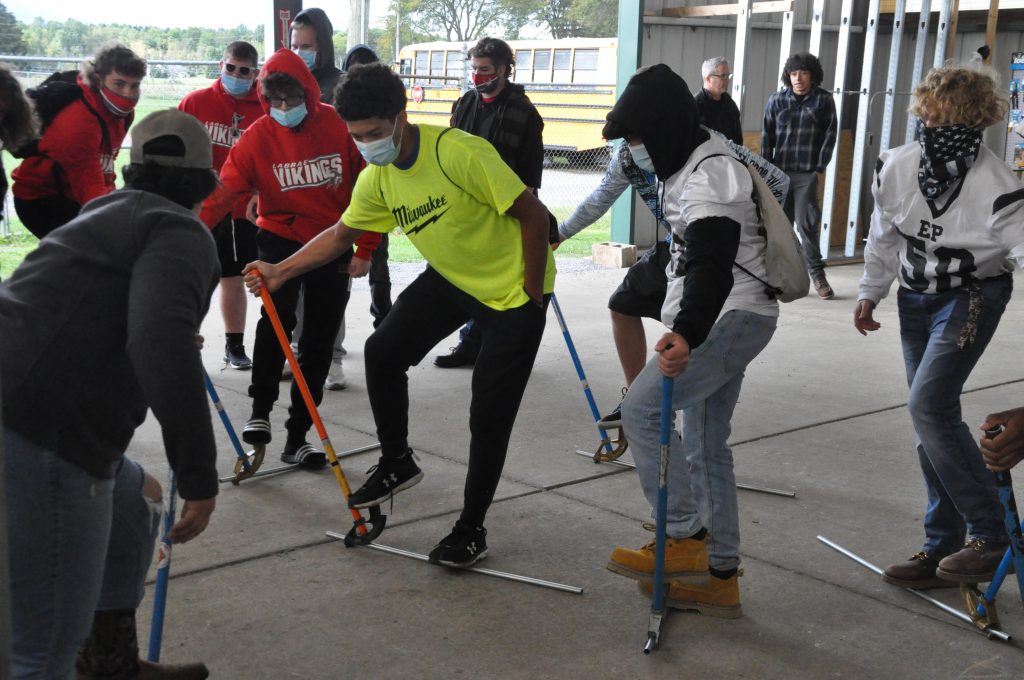 High school students try bending conduit at the Mahoning Valley Skilled Trades Expo in Canfield. As a result of the expo, some students have reached out for information on apprenticeships.

“It was a great experience to show teens options for after graduation,” Satterlee said.

Oftentimes, people associate electricians with working solely on panels and wires. “There’s a lot more to it than those things,” Satterlee said.

Students gravitated to a line truck and bucket truck from VEC, Inc., where they were able to operate the equipment under supervision of electricians.

To further connect with students, local apprentices manned other hands-on demonstrations and shared with the students what they have been learning about the trade.

Conduit bending is not just for boys

Showing how attendees can bend conduit was Erin Pope, a first-year apprentice with IBEW Local 573 in Warren.

For her, there were two aspects of the two-day event that stood out: working alongside her fellow trade “brothers and sisters,” and “seeing the look on the kids’ faces when they saw what they can do with some conduit and a bender.”

Pope noticed more girls were excited to try their hand at conduit bending, because it’s probably something new to them. 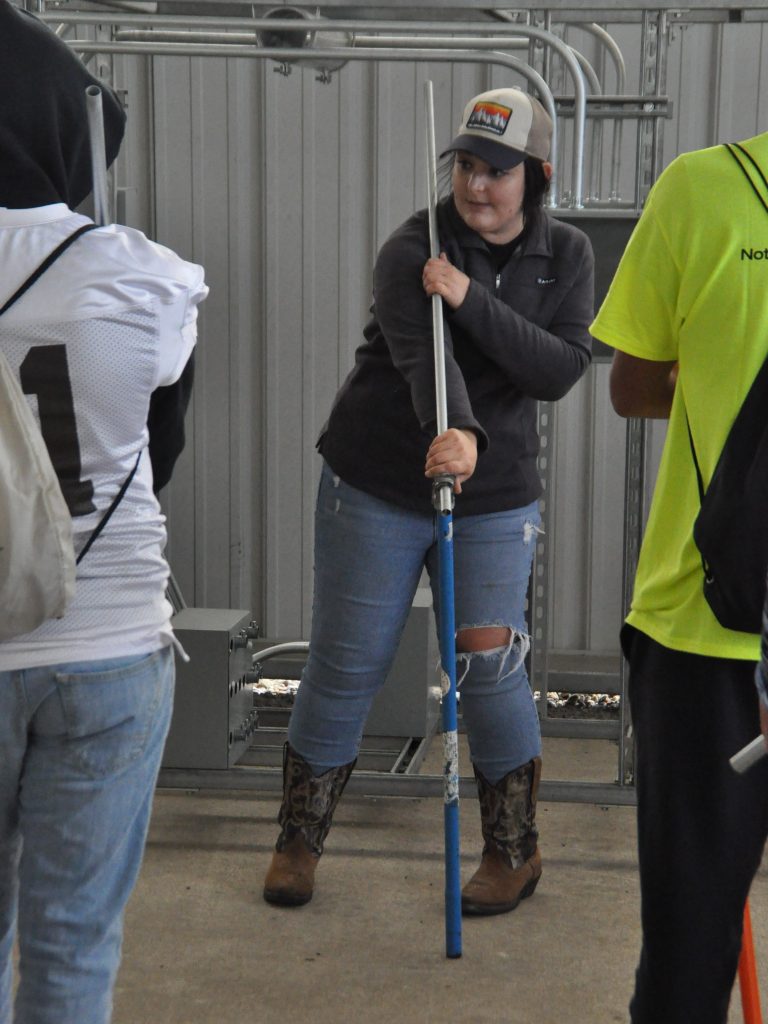 First-year apprentice Erin Pope shows a group of high school students how to bend conduit at the Mahoning Valley Skilled Trades Expo. She said that she noticed a lot of female students were enthusiastic about the demonstration.

“The guys for the most part have gotten some kind of experience with” conduit bending and having exposure to trades, Pope said. “If (the girls) are anything like me, they want to prove they can keep up with the guys, even if it’s just to themselves.”

Satterlee echoed Pope, saying, “The girls weren’t afraid to hop in and try their hand at it.”

Next year, the conduit demonstration will be doubled. “That was the biggest hit there for us,” Satterlee said.

Overall, the expo was a success, as the conversations with local industry professionals ignited tangible interest for students.

Schools reaching out for follow-up visits

Ed Emerick, training director for the Youngstown Electrical JATC, has some upcoming appointments to visit students to continue the discussion about becoming an electrician.

Those appointments, Emerick said, are “due to direct communication with the instructors or teachers who were present at the Expo.”

Some students have also reached out to the YJATC office on their own, inquiring about  programs.