Even for the mechanically challenged, some do-it-yourself projects turn out well. But that’s not always the case. Especially if they involve working with something as potentially dangerous as electricity.

NECA-IBEW Electricians member contractors and union electricians in the Mahoning Valley suggest hiring a union contractor to ensure your project — however large or small — is done safely, efficiently and to code.

Trying to save a few bucks or proving to your spouse or buddies that you can do it yourself isn’t good enough motivation to risk your safety when it comes to DIY electrical projects. Here are three reasons you should call a qualified, union electrician for your next project: 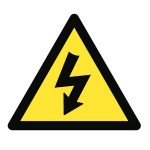 When working with electricity, there is little margin for error. Even the smallest mistake can result in electrocution. A minor jolt means you’re lucky because serious instances of electrocution cause deep burns, while high-voltage shocks can lead to internal injury that can be fatal.

According to injury statistics, more than 30,000 non-fatal shock accidents occur every year from incidents involving non-licensed homeowners trying to fix their own problems. If you aren’t properly protected and do not know how to approach electrical energy sources correctly, you may experience an electric shock; or worse.

It only takes one spark for a disaster to start. The Electrical Safety Foundation International reports that home electrical fires account for approximately 51,000 fires each year. Simple mistakes like installing the wrong kind of bulb or using the incorrect wire can lead to electrical fires.

According to a report by the National Electrical Manufacturer’s Association, the annual cost of damages, deaths and injuries due to electrical fires totals $3.4 billion per year in the United States alone.

Losing your home, possessions, pets, special keepsakes and everything else you’ve worked hard for is not worth the risk. Hiring a licensed electrician can help protect everything that’s important to you.

Even if your electrical DIY job is successful and satisfies electrical code standards, it won’t be considered certified work. In other words, your job could be 100 percent code-compliant but if something else goes wrong, like a house fire, then you could still be held responsible for all the damages.

There’s a reason why electrical codes for buildings and structures exist, and if your own DIY electrical work isn’t up to current standards, you may render your homeowner’s insurance invalid.

So even if your “handiwork” holds up for a while, any damage that occurs in the future won’t be covered by your insurance.

The benefits of hiring an electrician include getting a written warranty on the work. Most licensed electricians are also bonded and insured for any problems that might arise later.

Don’t try it yourself

Unqualified electrical work, even when it doesn’t cause injury or damage, has a high probability of premature failure, shorting or necessitate extensive repairs later on.

Unless you have experience as a licensed electrician, performing electrical work within your own home is highly unadvisable.

Not everyone has the skill set to safely and correctly complete an electrical project. You may think it’s done right, but finding out later that it’s not could cost you everything.