The folks at Girard’s CR Electric Inc. contributed their time and resources to the fight against cancer by powering the upcoming Liberty-McDonald Relay for Life event.

This is not the first time that CR Electric has helped kick off a Relay for Life event. In fact, Jason Rubin, president, and the CR Electric team have worked with the local American Cancer Society for over a decade.

“We are incredibly passionate about giving back to the community,” said Nikki Copenhaver, marketing director and safety coordinator of CR Electric. “Everyone knows someone who has been affected by cancer, and we wanted to do our part in helping those around us.” 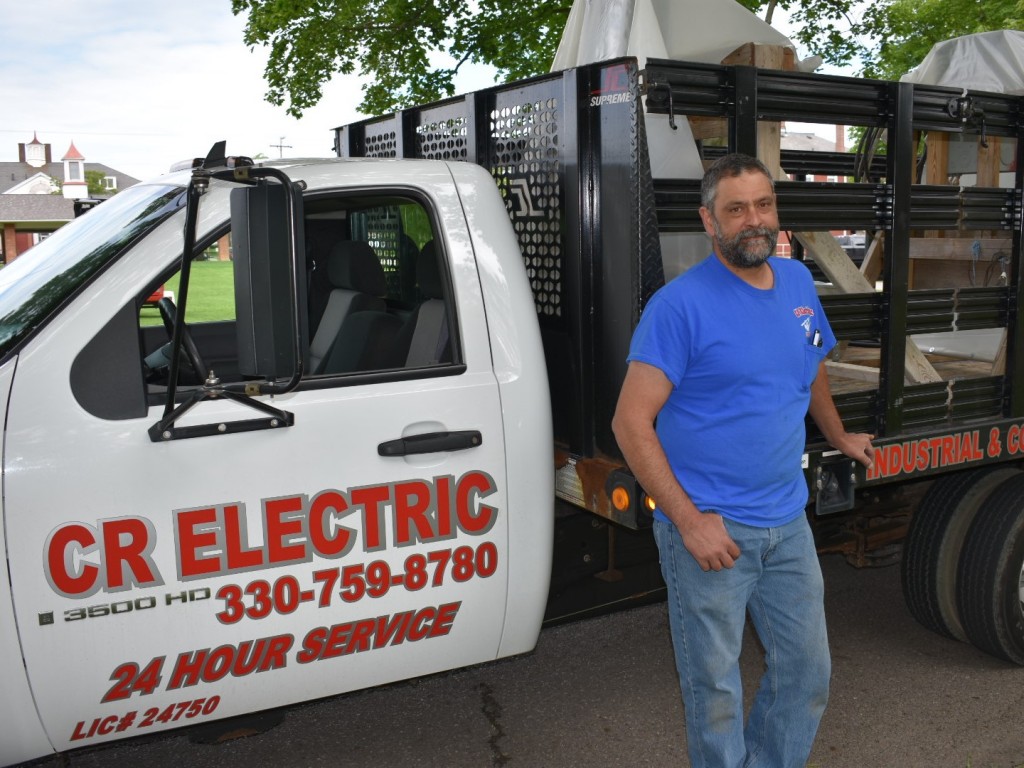 Bill Martin, CR Electric electrician, is among the many employees of the Girard-based electrical contractor who helped set up and support the Liberty-McDonald Relay for Life.

Kaitlin Irgang, a staff partner of the American Cancer Society, said each electrician donates approximately 24 hours of their time to power the Relay for Life event. However, their contributions do not stop there.

“The CR Electric team not only stays during the whole event to make sure everything is running properly, but they also have their own Relay for Life team,” Irgang said. “They have their own tent, where they sell food to participants to raise additional funds.”

Irgang said that she is proud to have worked with CR Electric during her time with the American Cancer Society.

“We couldn’t have done this event without them,” she said.

The Liberty-McDonald Relay for Life starts at Woodland Park Friday, June 9, at 6 p.m. and runs until Saturday, June 10, at 12 p.m.

CR Electric is a member contractor of NECA-IBEW Electricians, an association of signatory Mahoning Valley electrical contractors and IBEW locals in Youngstown and Warren.