NECA-IBEW Electricians member contractor “Joe” Dickey Electric is providing electrical work for a new toll plaza on the Ohio Turnpike. The work is visible when passing through Lordstown traveling West on I-80.

The new plaza is different from existing ones across the state, with the operational purpose being to allow EZ Pass technology to become more mainstream, according to Project Manager DJ Partin. 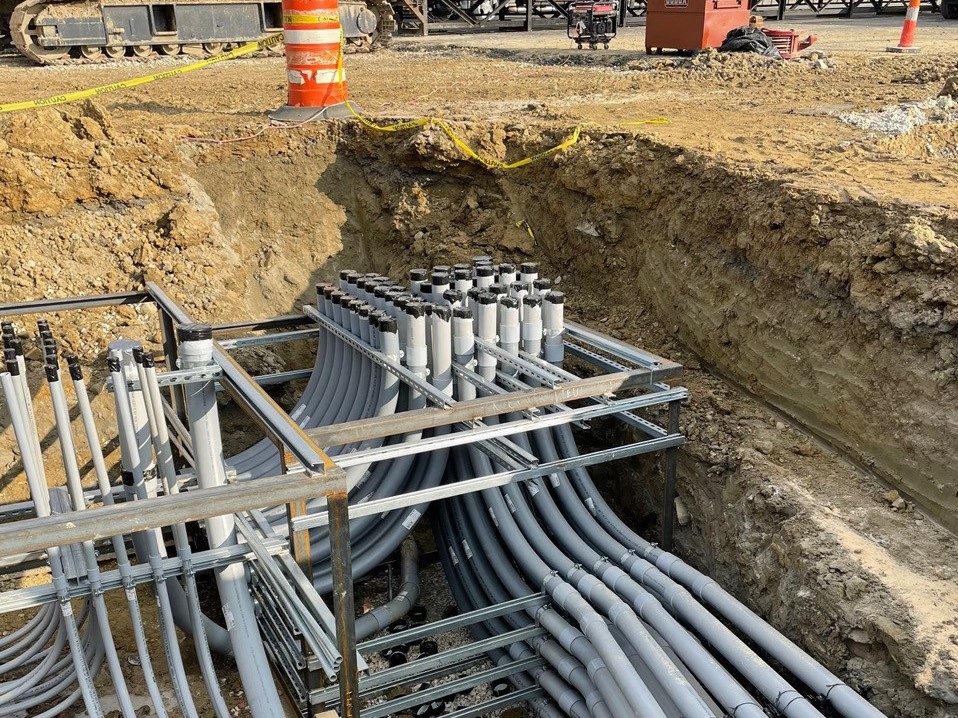 Joe Dickey Electric says the bulk of the electrical work for the Ohio Turnpike project is underground.

The pedestrian bridge concept is new to the Ohio Turnpike and the area.

Without a turnpike exit, there is nowhere for workers to gain access to the site unless they drive through town and around, something that Partin says is inefficient for employees.

New technology included in the project scans your license plate from a camera located on the bridge and allows travelers to pass through at cruising speed is one of only two in the state, Partin said. 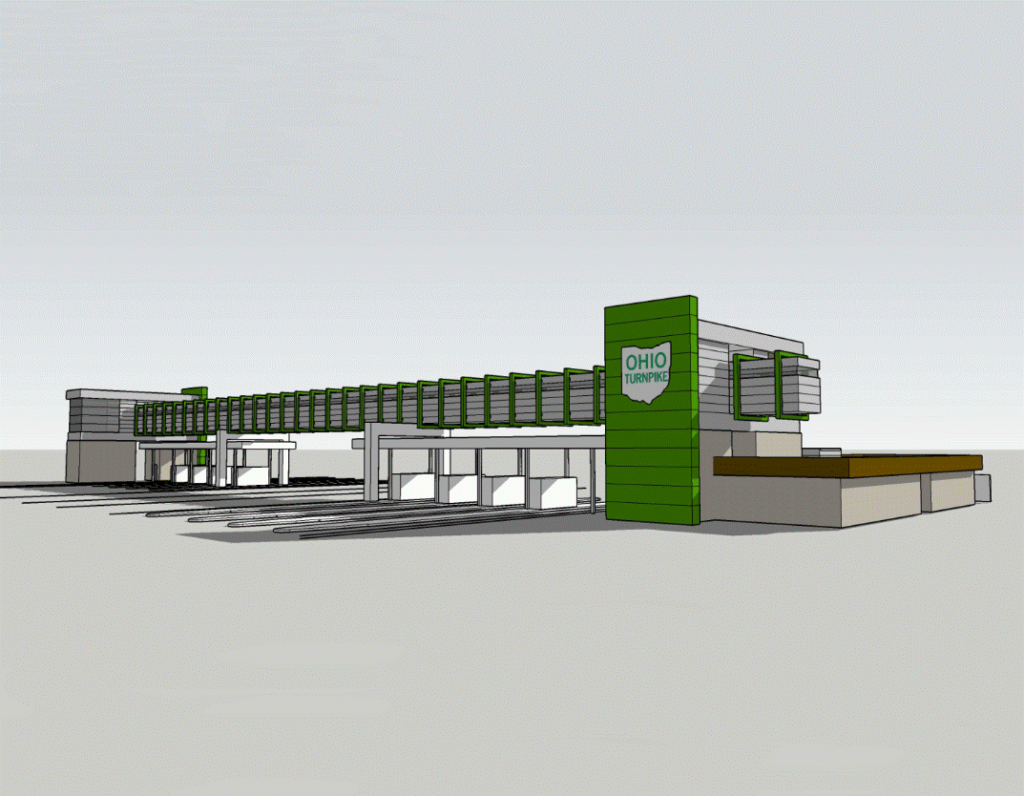 A rendering of how the toll plaza will look upon completion.

“There is only one other completed plaza like this, and it is in Toledo. After this one is completed, there will be one at either end of the Turnpike, which will streamline the toll payment process,” Partin said.

The project proved more challenging than expected due to several setbacks.

With supply chain equipment issues still prevalent and the weather delays that come with work in the elements, Partin says the six electricians assigned to the project have faced challenges and it will not be fully operational until next year. 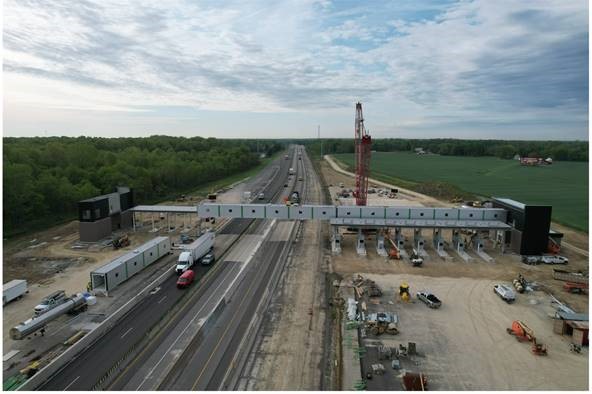 Earlier in the project shows how involved the toll plaza work was.

Once complete, the pedestrian bridge and toll plaza will allow Ohio turnpike travelers a simplified toll-payment process similar to what is seen on the Pennsylvania Turnpike.