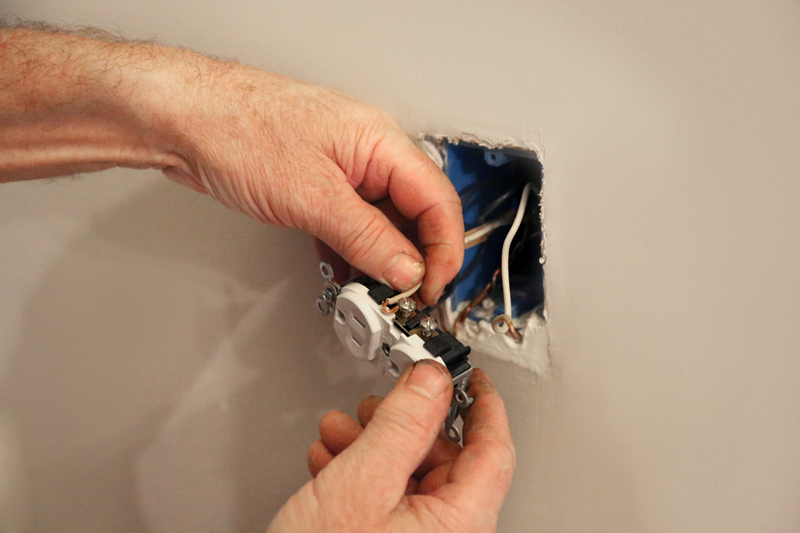 Projects that might seem simple on the surface, such as changing a light switch or outlet, can lead to many unfavorable outcomes.

As a homeowner, DIY projects can add value to your residence while saving money at the same time. But for any electrical repairs or upgrades, it may be best to leave those to a highly trained union electrician or contractor.

“It’s our position as an electrical contractor that a homeowner should call a union electrician for any project that’s more complicated than changing a lightbulb,” said Michael Johnston, project manager, Tri-Area Electric.

“People today will go online to watch a YouTube video or do a Google search and think they’re an expert,” he said. “Electricity is not something for your general everyday homeowner.”

Working with electricity has many risks – both direct and indirect.

“The direct risk is you can get hurt or killed,” Johnston said. “An indirect risk can be wiring something wrong or overheating a circuit, and not coming to find out until a later time when an appliance is plugged in. This can cause sparking or arcing behind the wall.”

Projects that might seem simple on the surface, such as changing a light switch or outlet, can lead to many unfavorable outcomes.

“There can be dangerous voltages in an outlet box,” Johnston said. “And even though you turn the circuit breaker off and think the power is gone in a light or circuit, there could be another circuit coming through the box or something might even be mislabeled.”

Tri-Area will often times receive calls from homeowners who have tried to do various electrical projects around their homes only to get into a little trouble.

“For example, they’ll replace a switch to their dining room light fixture and put a dimmer in,” Johnston said. “Next thing they know, the lights in the kitchen or hallway aren’t working.”

Another big issue Johnston touched on is open splicing.

“There are reasons splices need to be in junction boxes,” he said. “They have to be properly grounded and connected together.”

For homeowners looking to upgrade to LED lighting fixtures, Johnston discussed products on the market that are coming in from offshore.

“The instructions that come with them may be translated from a different language, and leave a little bit to be desired,” he said. “If a homeowner is trying to read them, it can be confusing and not match their installation exactly.”

And that’s where the problems lie.

“People start making assumptions and connecting things in ways they think will work. The light might work when they’re done, but it doesn’t mean it’s safe.”

To ensure proper installation, Johnston said it’s important for homeowners to hire a union electrician based on three factors.

Tri-Area Electric is a member contractor of NECA-IBEW Electricians, an association of signatory Mahoning Valley electrical contractors and IBEW locals in Youngstown and Warren.