It’s the third year the group has adopted local Veteran families at the holidays, not only to thank them for their service but to shed light on a community need that many people don’t realize exists. This year each family received $500 in gift cards to buy Christmas gifts and other necessities. 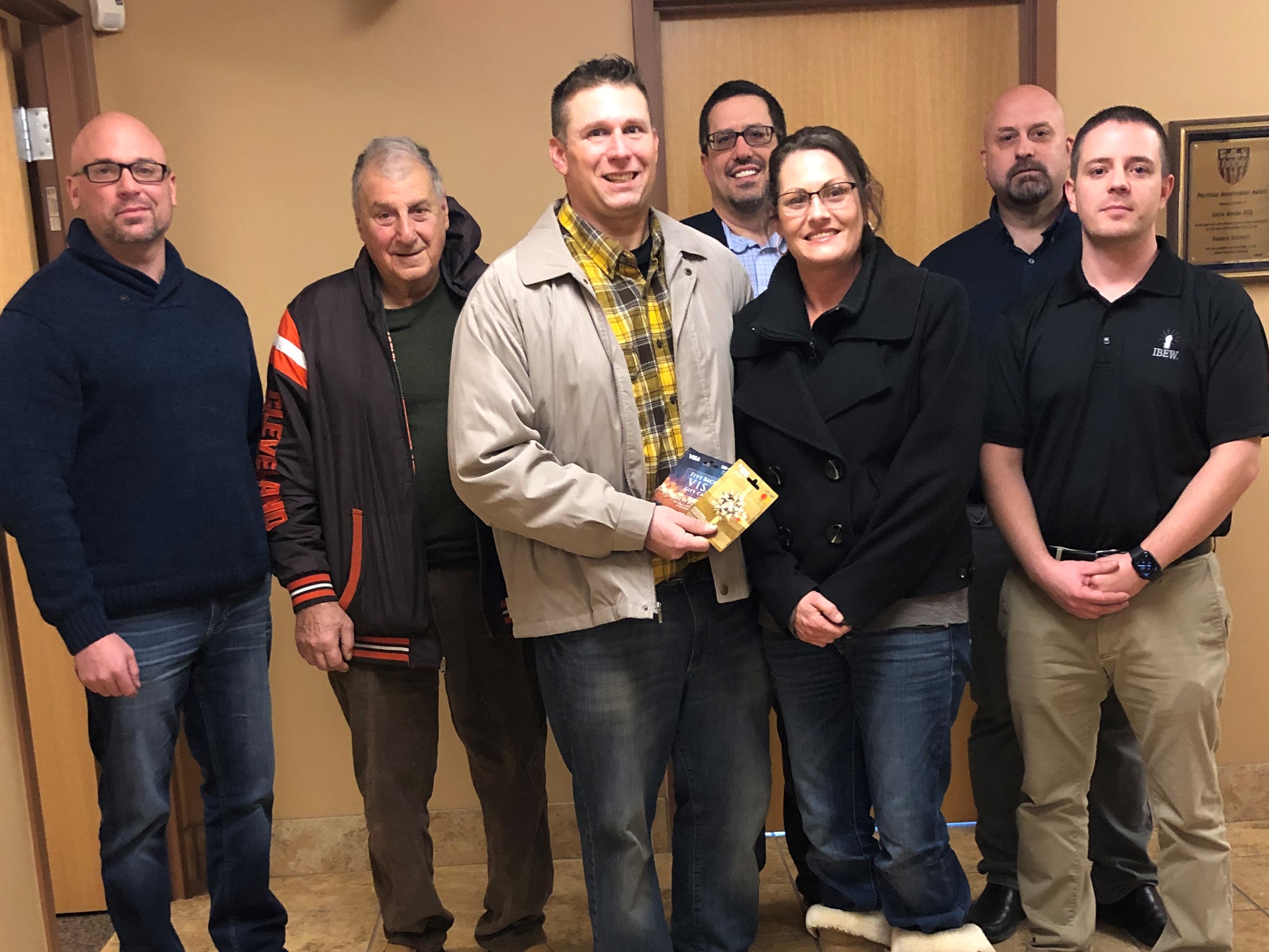 Paul Ours is a retired Staff Sergeant who suffered traumatic brain injuries during almost 18 years in the U.S. Army. He’s disabled and experiences occasional seizures and PTSD, which makes him unable to work or drive a car. He hopes to soon receive some assistance securing an apartment and funds for basic living expenses from the local Veterans Administration to support his wife and teenage daughter.

“This gift couldn’t have come at a greater time,” Ours said. “We didn’t know what we were going to do for Christmas. We’re very grateful for this help.”

Ours was deployed four times in the Middle East shortly after 9/11 and received a Bronze Star for valor and a combat action badge, among other honors.

Susan Krawchyk, executive director of the Mahoning County Veterans Service Commission, knows first-hand the importance of supporting Veterans during the holidays. She is thankful for community members who support local Veteran causes because the assistance is staying in this area and because Veterans don’t often ask for assistance.

“We can’t thank NECA-IBEW Electricians enough,” Krawchyk said. “It is an honor and a privilege to have people support local veterans. There are many disadvantaged and disabled veterans that can really use the help.”

Christina Williams, a single mother of four children and U.S. Army Veteran living in Youngstown, was the other recipient of $500 gift cards. 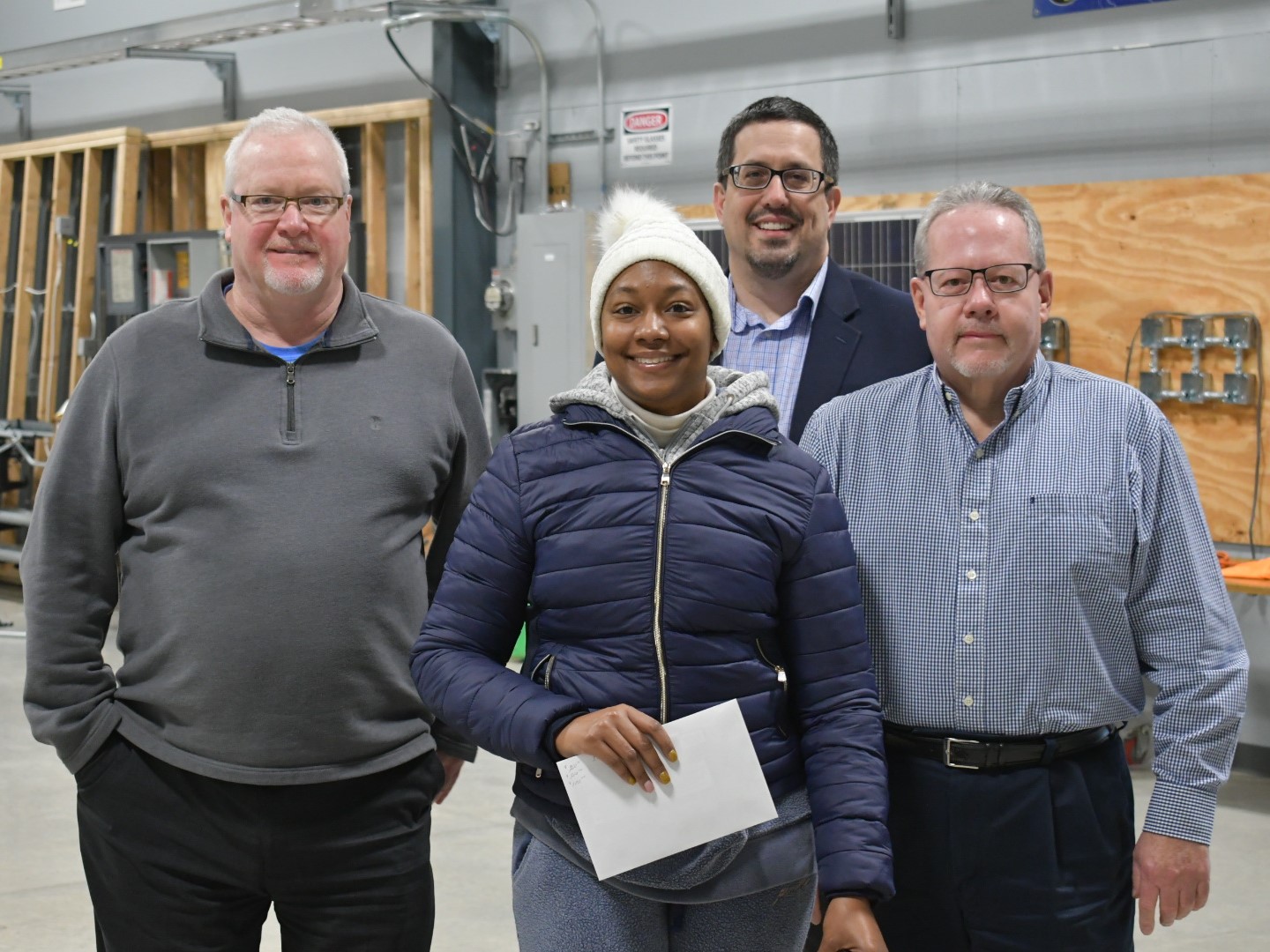 Williams joined the Army in 2003, and she spent time in Germany and Korea. She worked with the USO (The United Service Organizations Inc.) and provided care packages to soldiers overseas.

“On behalf of the member electrical contractors, Local 64 and Local 573 we’re honored to help those who have helped so many,” said Tom Lipka, executive director, Mahoning Valley National Electrical Contractors.

Due to medical issues, Williams’ service was shortened, but she considers her time serving a great experience. Her children’s ages range from 9-15 and she is very appreciative of the generous support from NECA-IBEW Electricians.