Retirees and active members of IBEW Local 573 once again volunteered their time to set up electrical service for the participants in this weekend’s Relay for Life on Warren’s Courthouse Square.

The local union spent the morning wiring the Square, which included the installation of five new distribution panels it purchased to use at the event.

During the event itself this weekend, Local 573 will sell pulled pork sandwiches and a new crowd favorite, buttered mushrooms, and donate the proceeds to the American Cancer Society. 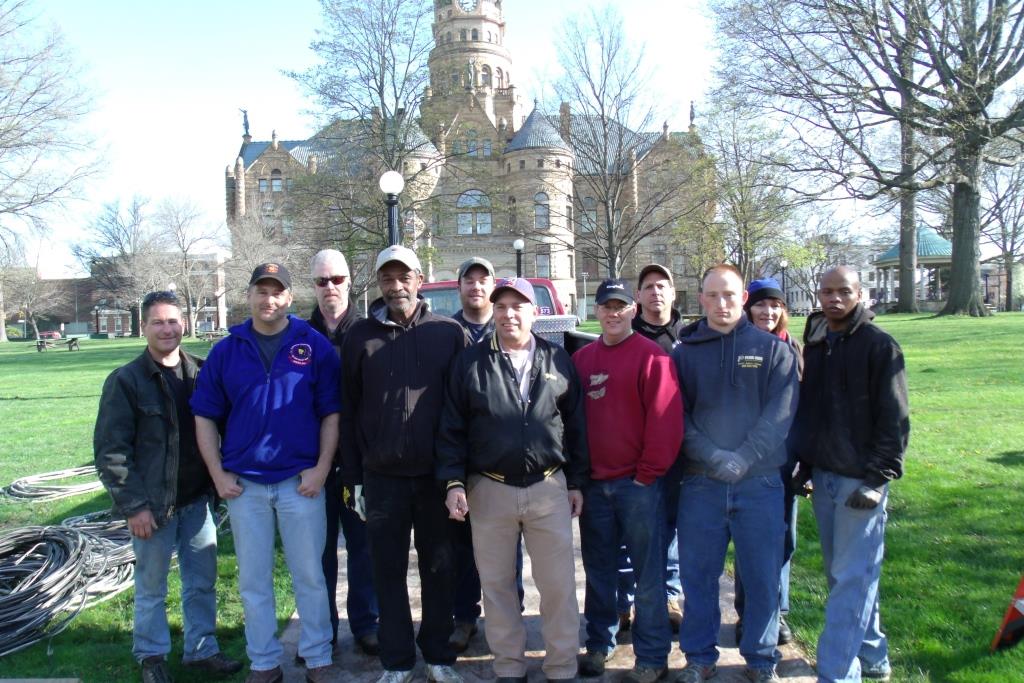 Members and retirees of IBEW Local 573 in Warren volunteered to set up the electrical service for the 2014 Warren Relay for Life in Courthouse Square. 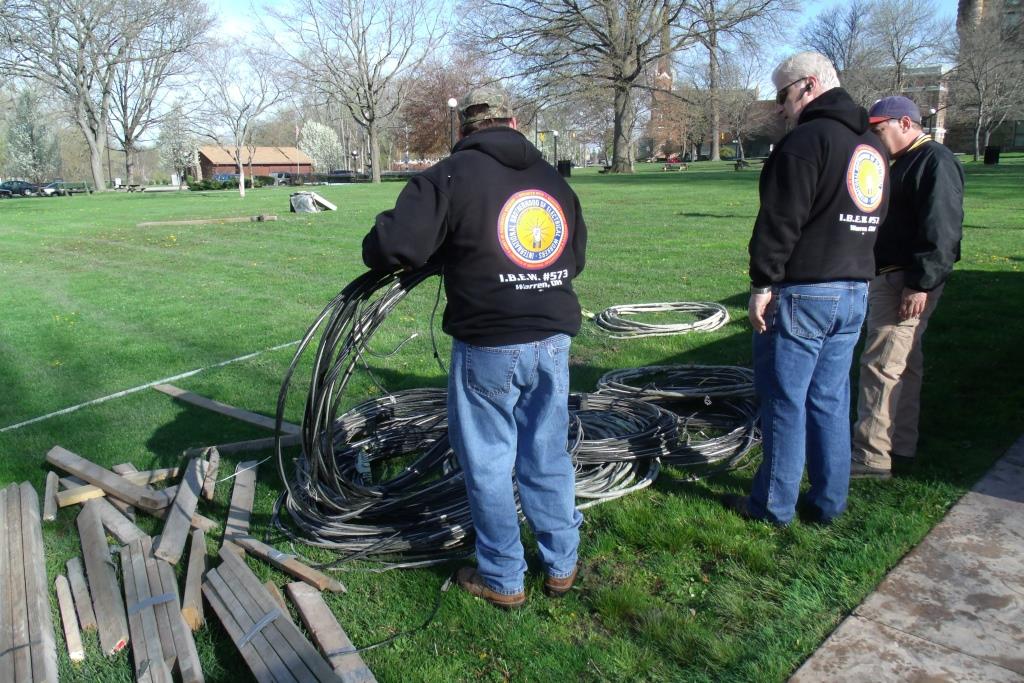 IBEW Local 573 supports the Warren Relay for Life every year by donating services to set up the electricity for participants, as well as donating proceeds from the concessions it sells from its tent during the event.