A part of history is being rebuilt, and MG Electric is helping to power the project.

Toward the end of 2020, Penguin City Beer purchased the former Republic Warehouse at 460 E. Federal St. in Youngstown. 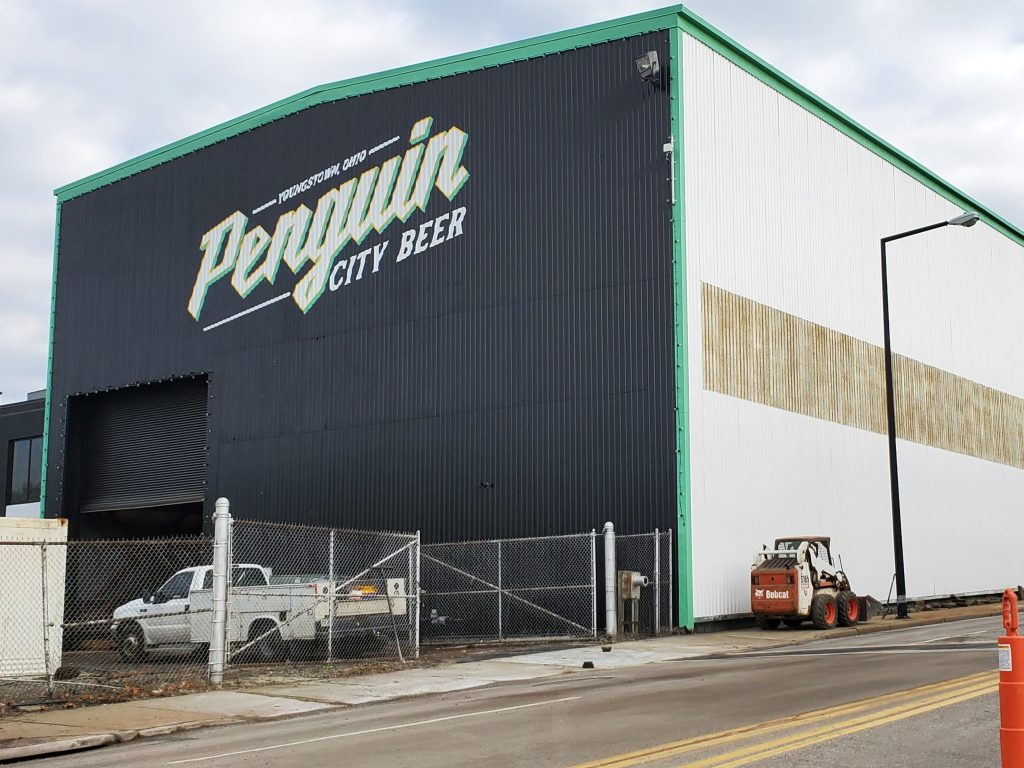 To the east of downtown Youngstown is the new home of Penguin City Beer. MG Electric is updating the electric throughout the building, which is the former Republic warehouse.

Since the property was developed in the late 19th century, it has housed a stable, saloon, lumber yard and wagon shop, then in later years a hotel, restaurant, and steel warehouse.

Converting the 32,704-square-foot space into a taproom and brewery is a task that MG Electric enjoys.

“We love any project that allows us to revitalize and honor the integrity of an existing structure while providing upgraded and modernized infrastructure for future generations,” said Mike Johnston, project manager and estimator for MG Electric.

After some delay, there is a goal for Penguin City Brewing to be open in time for St. Patrick’s Day 2022, said co-owner Aspasia Lyras-Bernacki.

Working with MG Electric has been a great working relationship, Lyras-Bernacki said.

“We love working with locals and it’s been a great experience,” she said. 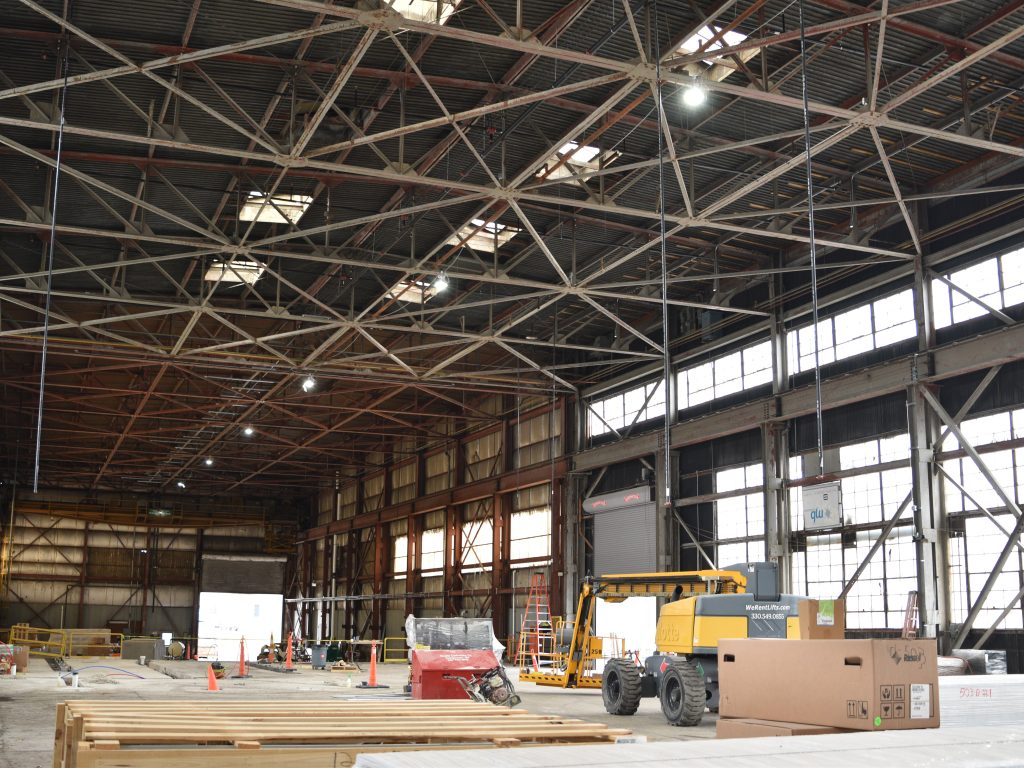 MG Electric has been working in the old Republic warehouse in Youngstown. The space was purchased by Penguin City Beer and is being converted into a taproom and brewery.

Initially when MG Electric bid the job, it was over budget, Johnston said.

The local contractor has worked closely with Lyras-Bernacki and the general contractor, Murphy Contracting, to keep costs within a new budget, Johnston said.

Upon completion, the building will be divided into three sections: a tap room, brewery portion and then an area available for future development.

The project wouldn’t be possible without “our amazing electricians being part of the IBEW,” Johnston said.

It’s important for businesses and homeowners to hire credentialed electricians for a multitude of reasons.

“We have seen so many projects ‘go wrong’ over the years simply because a building owner wanted to ‘save money’ by using the least expensive contractors that they could locate,” Johnston said.

Over time, hiring an unlicensed or inexperienced electrician can cost a business or individual more money, Johnston added, later having to hire another contractor to fix the original work along with other things that can go wrong. 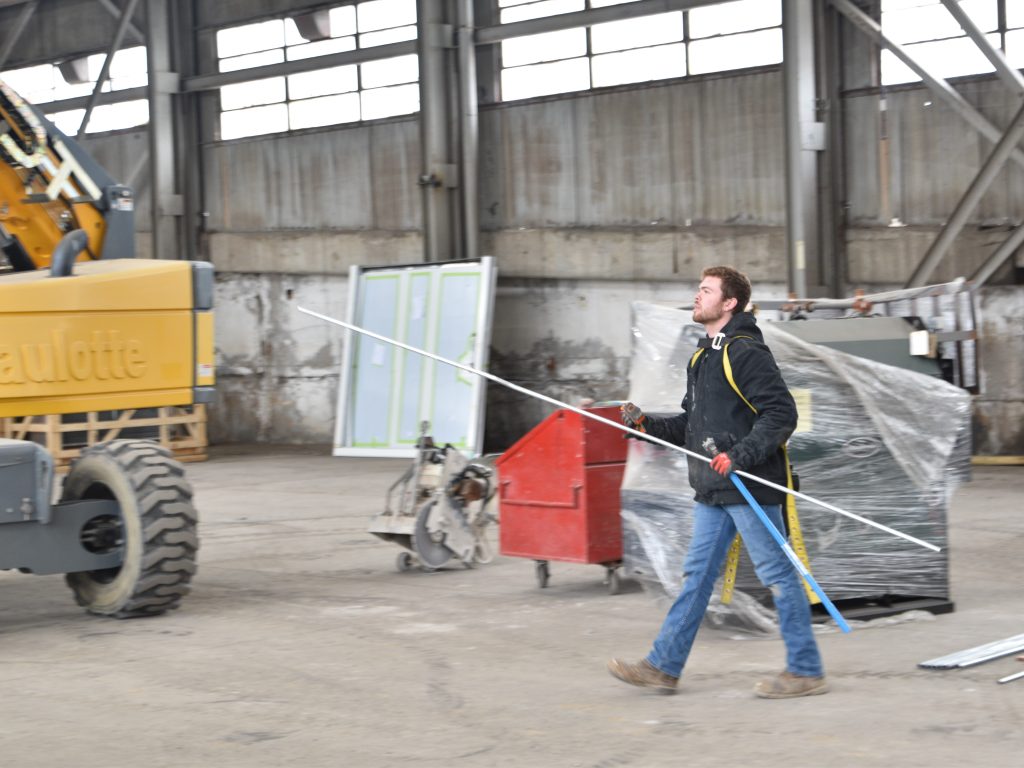 John King, a third-year apprentice with MG Electric, works with conduit at the Penguin City Brewery in Youngstown.

“I’ve been on a couple of big jobs, but this is the largest I’ve done,” King said.

This opportunity is a great way for apprentices like King to gain hands-on exposure alongside experienced IBEW journeymen.

“Apprentices gain valuable experience on larger projects of this sort because projects of this scope contain elements that are not common on ‘everyday work,’ such as installing conduit 50 feet in the air on a lift when its 25 degrees,” Johnston said.

King added that when the temperature is cold outside, it is sometimes colder inside the structure. 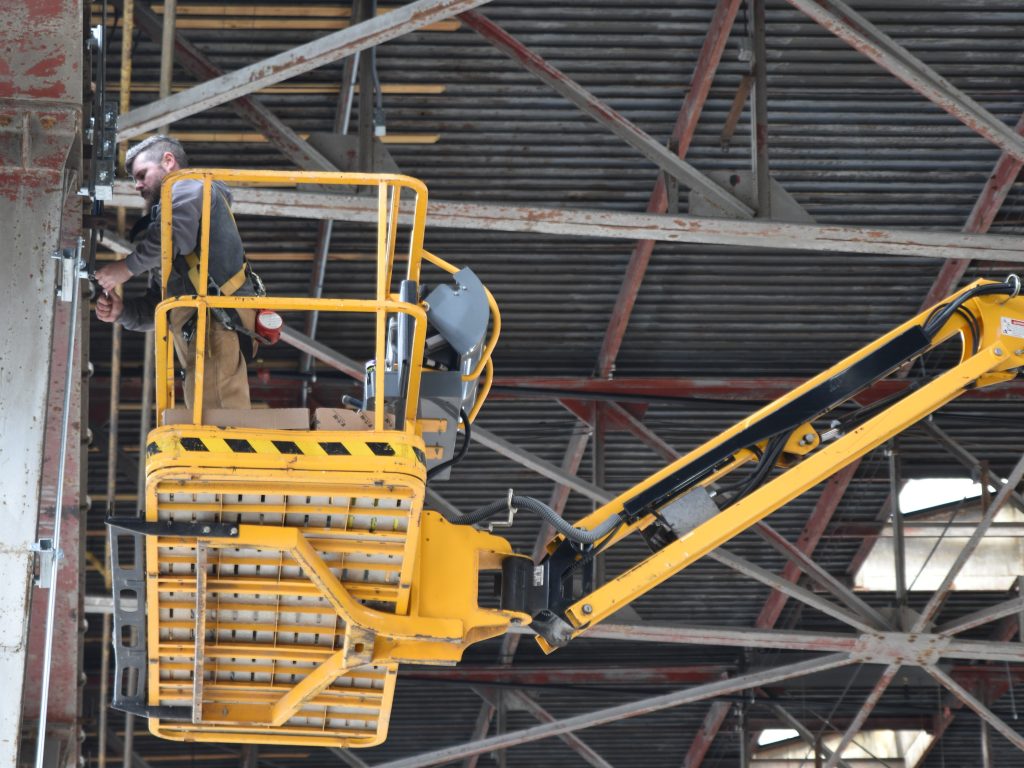 James Smith, an electrician with MG Electric, performs work on the old Republic warehouse in Youngstown. The space was purchased by Penguin City Beer, and will be renovated into a taproom and brewery.

“It’s so much more efficient to have one electrician build the assemblies on the ground and stay ahead of the installer on the lift to create a fluid workflow,” Johnston said.

To witness local history-in-the-making over the next several months, drive past the historical landmark on the eastern portion of downtown Youngstown.