Girard’s CR Electric, Inc. stands by the slogan: “Electricity never sleeps, and neither do we.”

According to Jason Rubin, company president, his employees are not the only ones who stay awake until the job is done.

“My dad is a workaholic,” Rubin said. “I will walk into the CR Electric office at 6 a.m., and my dad will already be there. He is always working on business or is on his phone, talking about business.” 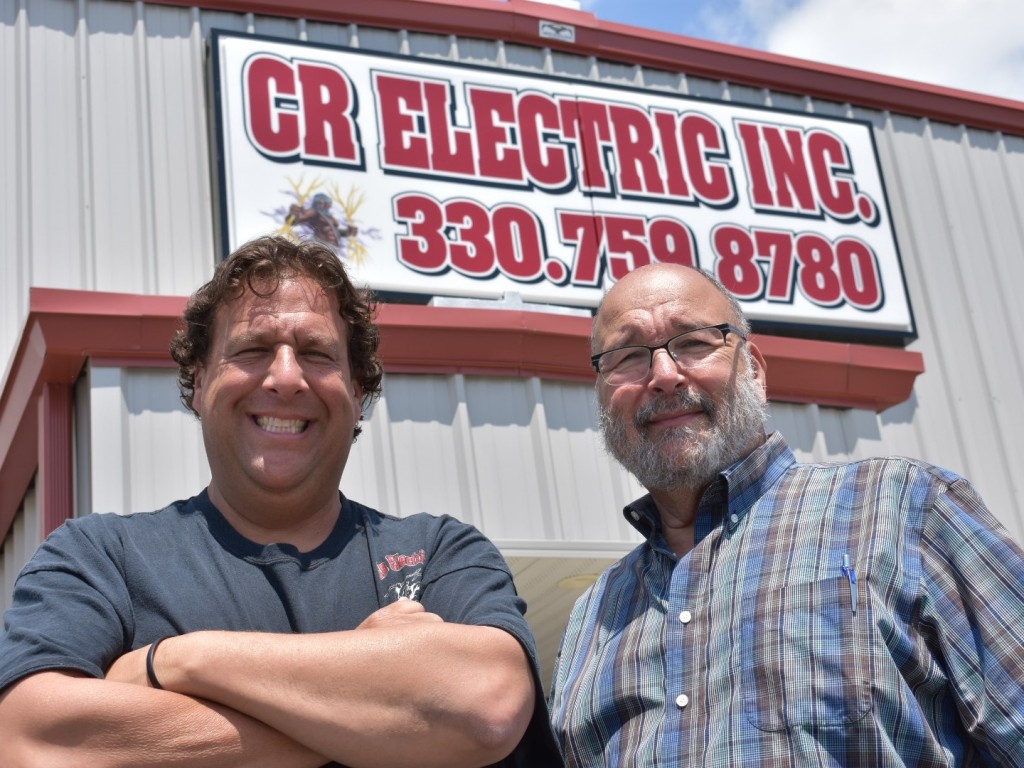 Rubin’s father, Marc Rubin, PE, has had a passion for the electrical engineering since he was a high school student in the 1950s.

“My dad has been involved in the industry since day one,” Jason Rubin said. “He hitchhiked from Boston to Youngstown because he wanted to attend Youngstown State University’s engineering school. He then worked late hours at the steel mills to put himself through school.”

After graduating from YSU in 1968, Marc Rubin went on to work at Valley Electric. Throughout his career, he was hired to help other Youngstown-area electrical contractors. He later started his own engineering firm, Steel Valley Engineering.

Marc Rubin’s involvement in the electrical industry had an impact on his son at a young age.

“I basically grew up in the industry,” Jason Rubin said. “When I was 11, I was washing service trucks where my dad worked. Eventually, I started working 60-hour weeks, helping my dad with control panels. Whenever my dad worked, I worked.”

Similar to his father, Rubin knew what he wanted to do during high school. He applied for the IBEW apprenticeship program as soon as he could at age 17, and later went on to work in the trade as a journeyman. However, he ultimately decided to follow in his father’s footsteps and start his own company.

“I learned how to run CR Electric because of my dad,” Rubin said. “In fact, everything I have today is because of my dad’s views and work ethic. And I am not just saying this because he is my dad, but there is nobody better than him.”

CR Electric is a member contractor of NECA-IBEW Electricians, an association of IBEW union locals in Warren and Youngstown, and signatory electrical contractors in the Mahoning Valley.