It’s the last week of work for Bill Booth, and although he doesn’t know exactly WHAT he’s going to do first, he definitely knows what he’s NOT going to do.

Booth is capping a 40-year career, the last 24 as president and organizer for IBEW Local 64 in Youngstown. His retirement breaks a 24-year partnership with Local 64 business manager Jim Burgham. Burgham appointed Booth as the local’s first full-time organizer in 1997, a year after both were first elected to leadership positions.

“Personally he was a great partner to work with for 24 years. We always worked together well on behalf of the membership,” Burgham said. “He made those years a fly by and when things got busy or hectic I never worried because I knew he was always there to help. Bill never worried if a task was in his job description. It was always about helping the Local and the membership.” 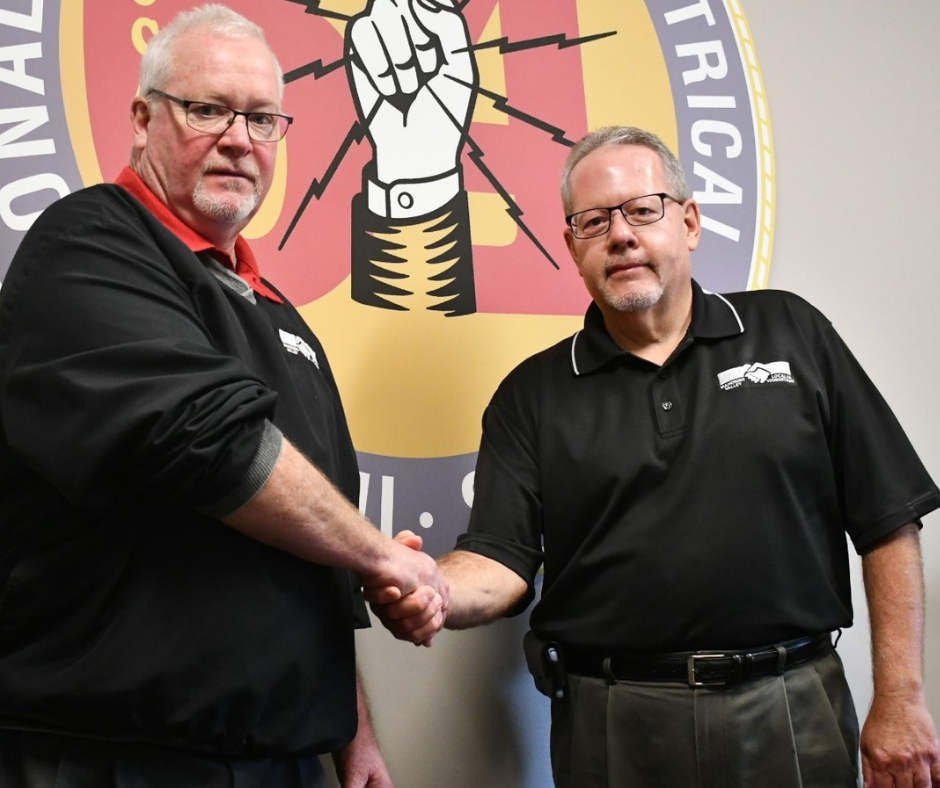 Bill Booth and Jim Burgham (right) served 24 years together as President and Business Manager at IBEW Local 64. Their roots go back even further having started the same year in the apprentice program.

Booth actually started in the Local 64 apprenticeship program together with Burgham in 1980. He spent years with Warden Electric in Youngstown on a service truck. That contractor ultimately became Geller-Warden.

He can remember working on some of the large steel mills that were still active at that time, including Valley Mold and LTV, as well as hospital projects at St. Elizabeth’s and nearly all the branches that Home Savings built in the late 1980s.

“In 40 years you see a lot of changes in the industry,” Booth said. “Not are wiring methods constantly changing, but today you walk around with a computer in your hand. When I started it was pagers.”

Perhaps where Booth will best be remembered is through the personal interest he took in the apprentice program. Throughout his career he’s noticed a shift in how young people enter the trade.

Bill Booth was well respected on both the labor and management side of the table. The personal interest he took in the apprentice program’s growth and development is among his greatest legacies.

“While in the past there were a lot of family connections. The trade, in effect, was passed down from generation to generation,” he said. “Today we’ve opened more avenues for people who want to become electricians. We’re out actively recruiting in the schools, career centers and through the school-to-work program at MCCTC.

“We recruit young people with a good work ethic and the mechanical skills, but also the computer-savvy ones, too. Technology is here and it’s changing our industry.”

“Bill always went that extra mile to help the membership,” Burgham said. “His commitment to our apprenticeship was without question, and he would always be the first to offer help if an apprentice needed anything.”

Another positive change Booth has witnessed has been the improvement in labor-management relations. He credits the LMCC committee for bringing the sides together monthly to discuss issues and work together toward a common goal of growing market share.

He’s also earned the respect of many of the contractors with whom he’s worked through the years.

“I came through the IBEW system as a shop steward and could relate with Bill on various issues and found him to be very fair and reasonable at all times, not that we had that many issues of course,” said Dan Santon, founder of Santon Electric. “I congratulate Bill on his years of service and wish him well in his retirement.”

NECA district field representative Jack Savage worked closely with Booth on apprentice committees and other joint programs, and has many fond memories of those occasions.

“It was a pleasure to get to know Bill during my time with the Mahoning Valley NECA Chapter,” Savage said. “We attended A LOT of meetings together over the years. Bill was great to work with even when we didn’t agree on particular issues. His years of experience in the field and with the Local were a true asset to the industry. Also, he’s just a good guy. He will be missed.”

While his work for the local and the apprenticeship will be his career legacy, Booth looks forward to spending more time with his wife, Melissa, and three kids, PJ, Cortny and Spencer, in his retirement. And he hopes to do some traveling. 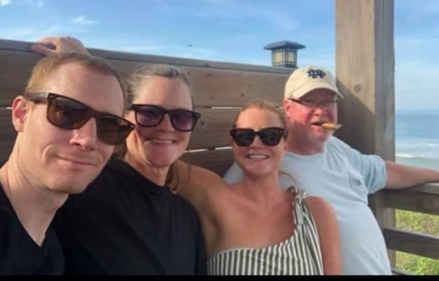 Retirement means more time to spend with his family, including (left to right) PJ, wife Melissa and Cortny. 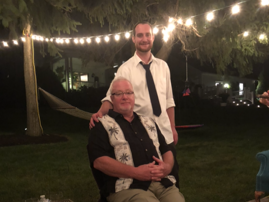 “Ireland, Germany and Italy are on my bucket list once things get back to normal post-COVID,” he said.

Booth also plans to spend time in the winters in Florida with his wife, Melissa.

On behalf of all the NECA-IBEW Electricians contractors and members, best of luck in your retirement, Bill!