While giving different career paths a go, it was electricity that caused a lightbulb to go off for Grace Morrison.

“During my life I’ve had a lot of different career experiences,” she said.

Her background includes licensed cosmetology to customer service and management. 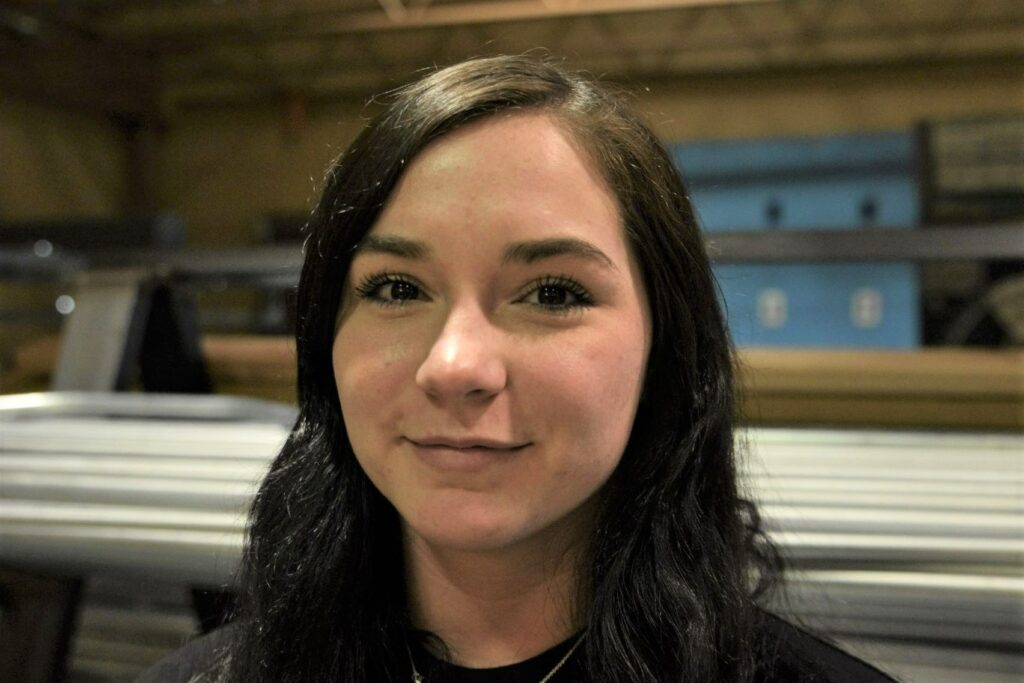 After working in a few different industries, Grace Morrison, a second-year electrical apprentice with Local IBEW 573 in Warren, decided on becoming an electrician.

“I wanted to do something that mattered,” Morrison said.

She’s currently working for “Joe” Dickey Electric at the Ultium Cell battery plant in Lordstown as a second-year electrical apprentice out of the Warren Electrical JATC.

Gearing up for the future

Morrison isn’t only looking ahead for herself – she’s also optimistic about what becoming an electrician will mean for her.

“Technology is always advancing. There needs to be people working to keep electricity flowing,” she said. “Being an electrician is a job of the future.”

“This is the type of work that cannot be shipped overseas or outsourced,” Morrison said.

She also drew on inspiration from her father, who was able to retire at 55 after building a career as a sheet metal worker.

“My dad was able to support four kids and a wife on his salary and still be comfortable,” Morrison said. 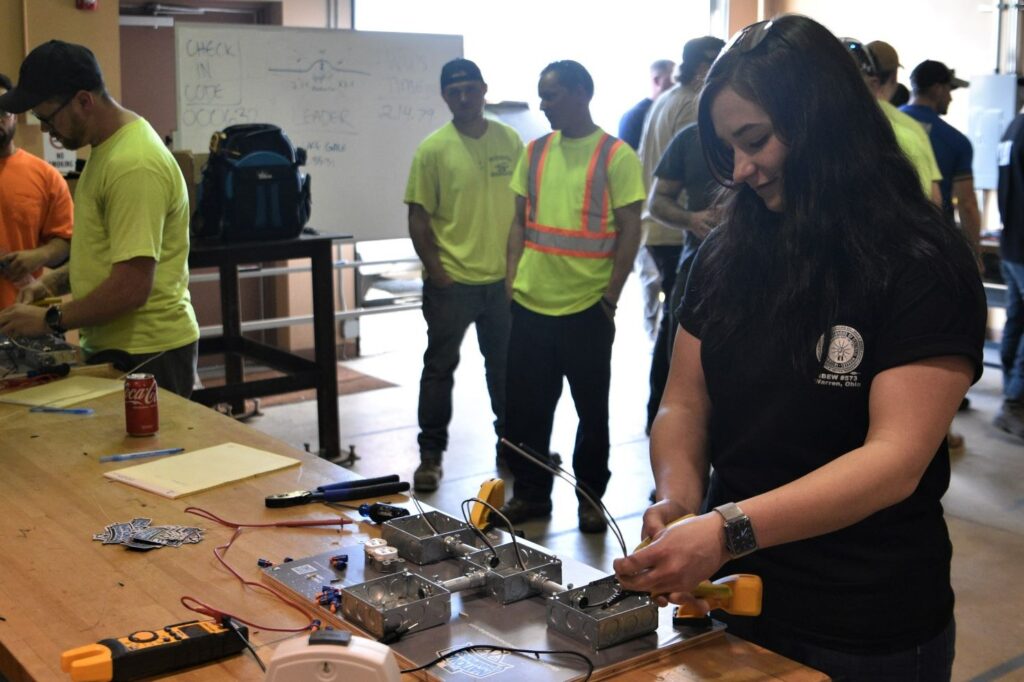 Following her father’s footsteps into the trades, Grace Morrison is planning for the future. Here’s she’s pictured participating in an electrical competition at Local 573 in Warren.

“Being in the trades is having the ability to think on your feet and get the job done safely.”

Besides the opportunity becoming an electrician will provide for Morrison, she’s also resting assured that when she needs time off, she won’t have to worry.

“You have most holidays off and if you’re sick, you can be sick and come back to work when you’re ready,” she said.

“You may learn the theory behind some of the elements from a book, but it’s applied while actually working with your hands,” Morrison said.

Upon completing the apprenticeship program, Morrison will focus on upskilling to stay current with the industry.

“I aspire to build new things, meet other people working in my field and other trades, along with getting to travel for my work,” she said.

Born and raised in Austintown, Morrison likes to stay busy.

“In my free time, I can usually be found working on stuff around the house, tinkering around with vehicles or tractors,” she said.