As part of an emotional and inspiring acceptance speech, Chris Jaskiewicz spoke of how growing up poor on the West Side of Warren drove him to want to succeed and make a difference in his community.

Jaskiewicz, president and COO of VEC, Inc., a NECA-IBEW Electricians contractor, was presented the Youngstown-Warren Regional Chamber’s Spirit of Excellence award at an event March 20 marking the Chamber’s 20 year anniversary. 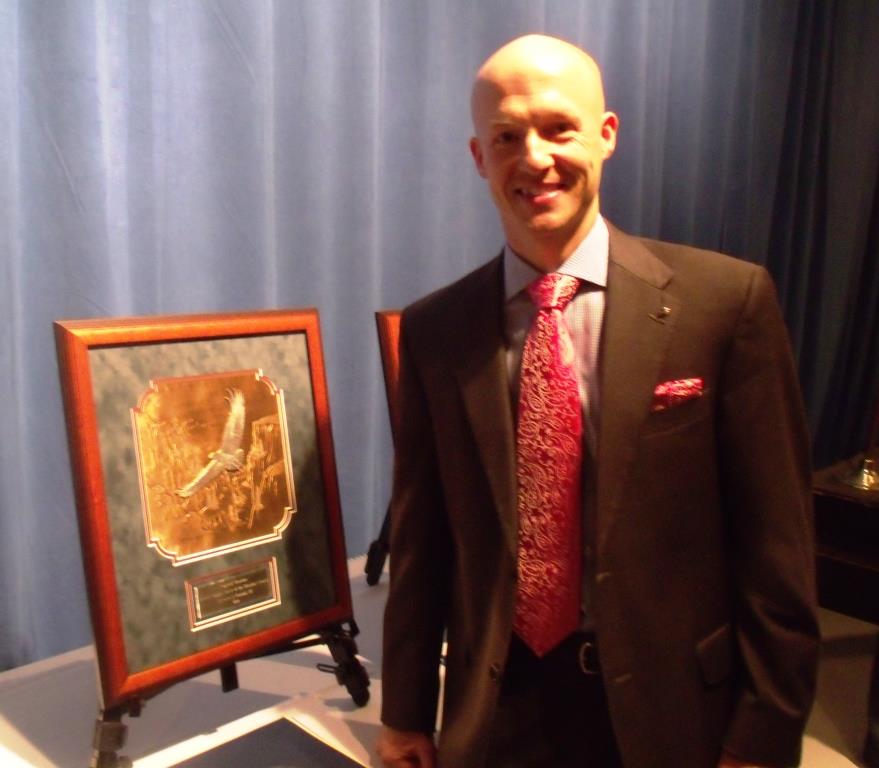 As part of his speech, Jaskiewicz challenged the 475 business leaders in attendance to “be the change” and speak about the good things the Mahoning Valley has to offer, particularly to retain our young people.

“It’s truly an honor to receive this award, especially from a community I hold with such high regard,” Jaskiewicz said. “Our blessings (in the Mahoning Valley) have really outnumbered our challenges. We’re big enough to have the President of the United States visit, and people like Elton John perform here – twice – but we’re small enough where a poor boy from the West Side of Warren can make a difference.”

Jaskiewicz was honored not only for his career accomplishments at VEC, but for his community involvement and dedication to the Mahoning Valley.

“We are not a product of our environment,” he said. “We create our environment by our thoughts and by our hearts. We have an opportunity to choose whether every setback, challenge or adversity strengthens us or weakens us.”

Citing Earl Nightingale, he said, “Our beliefs become our thoughts, and whatever we think, we become. (At VEC) We believe in the Mahoning Valley, and you as the leaders in the community have the chance to become the change.”

Jaskiewicz started as an AutoCAD draftsman at VEC in 1995 and quickly worked his way up through the ranks. Today he oversees a booming organization heavy in the oil and gas business that grew from 80 employees in 2009 to 2,050 at the end of 2013. Further, VEC is rated among the top 200 specialty contractors in the U.S. by a prominent engineering trade publication.

“VEC is an excellent example of a locally owned company with great leaders that is helping to spur job growth and economic activity in the Mahoning Valley,” said Kevin Helmick, President and CEO of Farmers National Bank, who presented the award.