He is nearing the end of his apprenticeship, and he plans to use his skillset to explore.

The fourth-year apprentice with IBEW Local 573 in Warren wants to go out to the western United States.

“I can work anywhere. I figured I might as well do that before I start a family,” Peterson said.

When he graduated from Lordstown High School, Peterson knew he didn’t want to go to college. 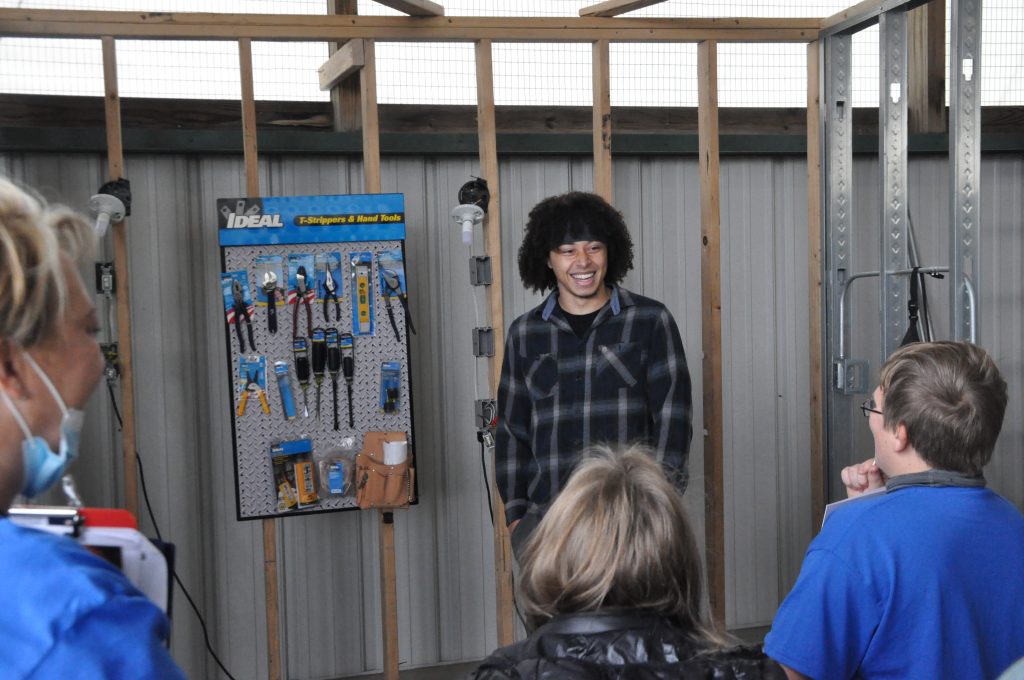 Fourth-year apprentice Michon Peterson of Local 573 in Warren knew he didn’t want to go to college after high school graduation. He enrolled in a local electrical trade program and “hasn’t looked back.”

After having conversations with his grandfather, Peterson took the advice to look into trades.

“I got accepted, I’m doing my thing and I haven’t looked back,” Peterson said.

Prior to entering the apprenticeship, Peterson said he didn’t know anything about the industry.

“I was straight out of high school and just did sports.”

“It’s getting paid to learn while working,” he said. “It’s a blessing.”

Introducing middle school and high school students to the trades is crucial.

“The more hands-on, the better the outcome” for students to decide what they want to do after graduation, Peterson said.