College isn’t for everyone, but there’s a false perception that it should be.

Sure, the majority of high school graduates —66 percent! — enroll in college; and for many onlookers, those students are deemed the “successful” ones.

But nobody tells you that a whopping 41 percent of those students eventually drop out before completing their degree.

And lost in the numbers is that only 25 percent of those enrolled in college – or 1 in 4 – actually finish a degree.

Further, of those 25 percent who finish, many have degrees that don’t align with the demands of the current job market, so they end up underemployed or in jobs unrelated to their college curriculum.

Truly, college isn’t for everyone, but a good career opportunity is. Like in the building trades.

An apprenticeship program in the electrical trade is one way to get aligned with a rewarding career opportunity. 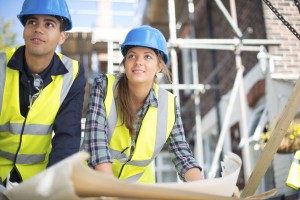 Electrician apprentices in Warren and Youngstown earn paychecks by working on jobsites along journeyman electricians to supplement their classroom studies.

Union electrician apprenticeships are a form of post-secondary education, and instead of accruing student loan debt, apprentices earn a paycheck while learning on-the-job from the best skilled journeymen in the business.

So whether you have plans on going to college later or not at all, a union electrical apprenticeship can help you out and get you on the right path for a successful career.

See videos of some of NECA-IBEW Electricians’ current and past apprentices.

Foundation for many career paths

Consider beginning your successful career path by applying for a union apprenticeship.