The latest addition to the downtown Youngstown nightlife scene was powered by “Joe” Dickey Electric.

Opened last week was the Phelps Street Corridor, a pedestrian walkway between Federal St. and Commerce St. that will allow people to patronize the restaurants and bars there on foot. 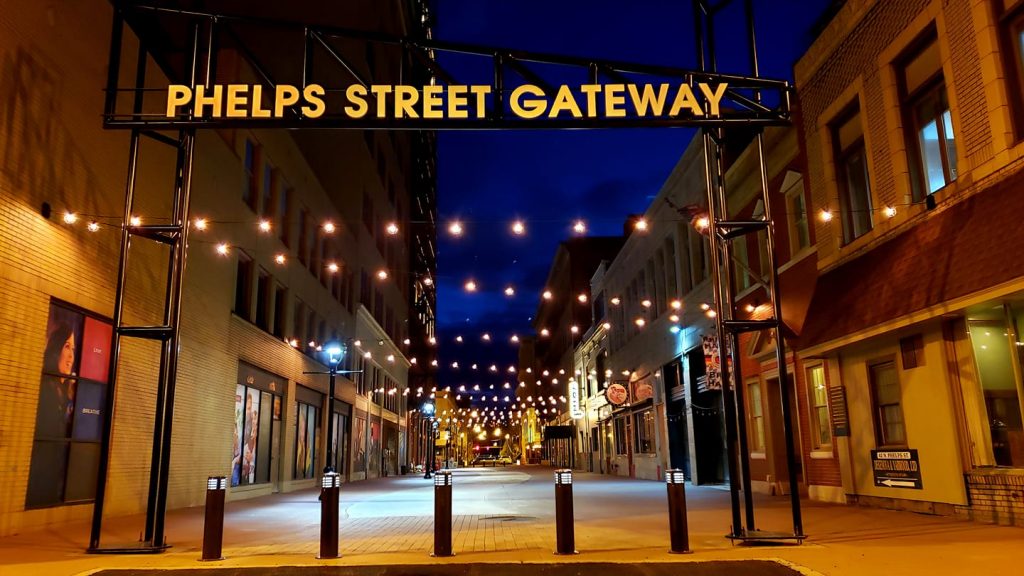 “As you look around downtown Youngstown and you see all of the major improvements that are happening in the city, it makes us feel proud that we were able to be involved in these amazing projects,” said Justin Lewis, Dickey Electric project manager.

“Dickey Electric is a local company and almost all our employees live in Mahoning, Columbiana and Trumbull counties,” Lewis said. “We patronize these local businesses and spend our time outside of work in the area, so it’s very nice to see these positive improvements happening for the Mahoning Valley.”

As reported earlier, one of the new restaurants off the Phelps Street Corridor is Gringos Taco, Tequila & Mezcal Bar, co-owned by NECA-IBEW Electricians member contractor Ken Vigorito of KV Electric in Niles.