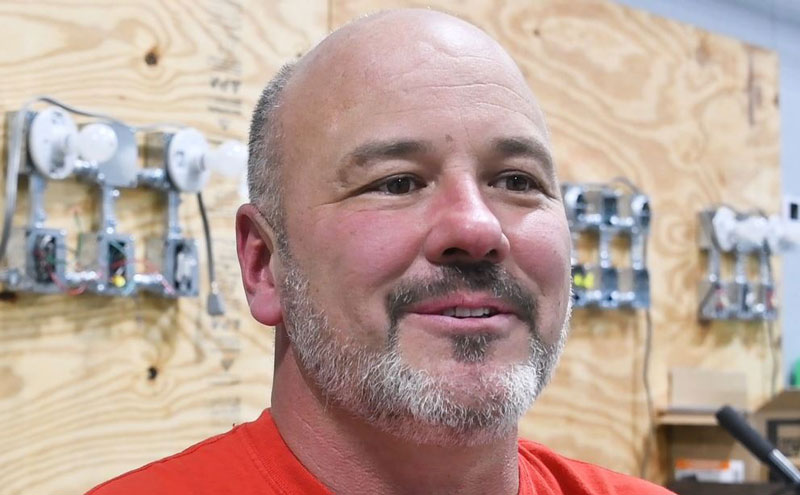 In addition to mission trips, Dave McGoogan is part of a Crisis Response Unit at Victory Christian Center, which is operated as an extension of Crisis Response International.

Along with making an impact locally as an electrician and teacher, Dave McGoogan looks to help those in need around the world.

In February, McGoogan, a journeyman electrician with “Joe” Dickey Electric, traveled to El Salvador with his son, Dale, as part of a mission trip with Victory Christian Center.

“This was my sixth time being in El Salvador,” he said. “I’ve also been to Guatemala twice.”

On each trip, the group brings different resources to support those in need.

“When we go, we take medical, construction and ministry teams,” McGoogan said. “We even take haircutting teams.”

On this recent trip, McGoogan and other Victory Christian members helped refurbish a bible college in Santa Ana.

“It was a two-story building,” McGoogan said. “We repainted the façade and helped with maintenance.”

In the past, McGoogan has worked on various construction projects, including a special trip to build a dental clinic.

“We had an orthodontist from New Castle, Pennsylvania who went one time and fell in love with the place, and really wanted a dental clinic that doctors from the United States could work in,” he said.

Each mission trip gives McGoogan a great sense of pride.

Additionally, McGoogan is part of a Crisis Response Unit at Victory Christian Center, which is operated as an extension of Crisis Response International. In 2012, McGoogan and a group from the church traveled to Long Island, New York, to help clean up after Hurricane Sandy.

“We would go into houses and gut them because of mold,” he said.

McGoogan will never forget the last home he visited, and the man he interacted with.

“He didn’t know we were coming and was amazed,” McGoogan said. “We told him it was free, and we were there to help him. After we were done, you could just see the life come back into him.”

At the end of the trip, McGoogan sat down the homeowner, whose first name was Michael.

Both discovered they shared a unique bond as union electricians. Michael was overwhelmed that McGoogan took time off from work to help the community.

As far as future mission trips, McGoogan has an idea he’d like to see pursued.

“What I’d really like to do is down the road, I’d really love to start doing trips with Local 64 brothers and members of sister locals in Beaver and Warren,” he said. “I would like to get a group of brothers that would say, ‘I can take a week of my vacation and I’ll go with you.’”