Once a social spot for live entertainment in downtown Youngstown, the Gallagher building, formerly known as Cedar’s Lounge, is undergoing some work.

Working in the structure, which was built in 1904, both Inskeep and Ronci are putting their skills to the test.

Stacked on four floors, 45 one-bedroom and micro-units are being built, along with restaurant and dining area on the first floor, said Brian Angelilli, founder and president of GreenHeart Companies, LLC.

“It’s a puzzle sometimes trying to figure out how to get the wire from one place to another,” Inskeep said. 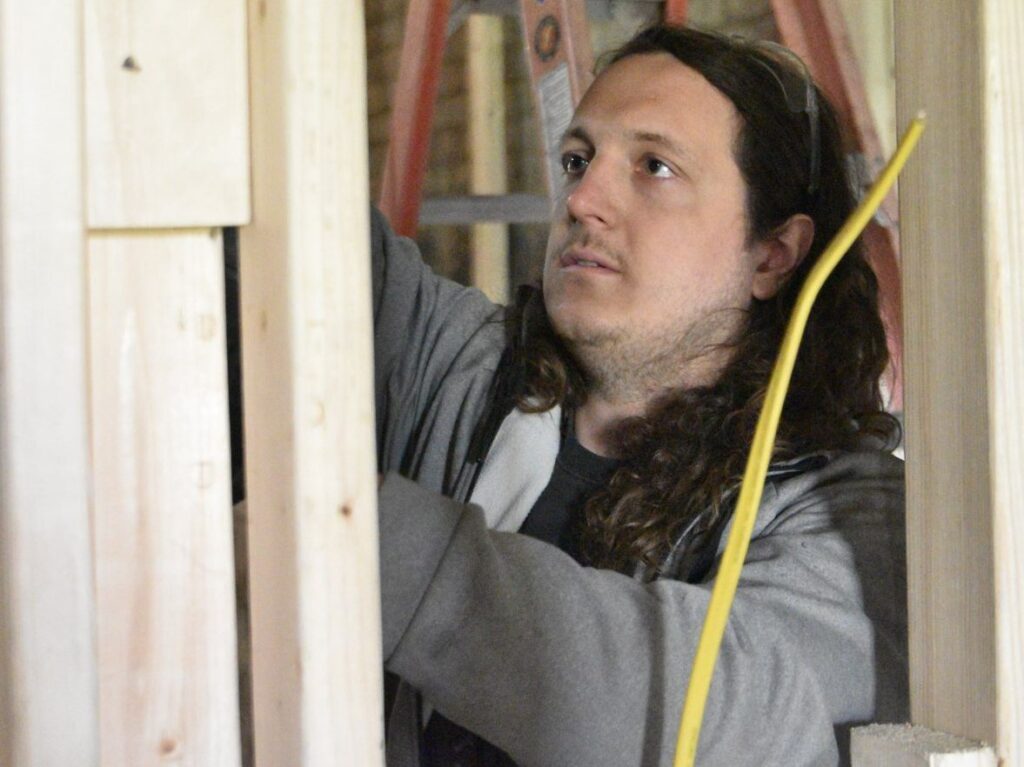 “Some of the rooms are different,” leaving the electricians to use some critical thinking on running the wire, he said.

Sometimes in new dwellings it’s easier to manage but upcycling the building means keeping the integrity of the aged wood and other components.

Idle hands? Not these guys

Both Inskeep and Ronci got their start in the electrical industry after attending college and deciding it wasn’t for them.

“I wanted to hop into something and get my hands dirty, ready to work,” Ronci said.

Inskeep echoed the statement, adding he “wanted to start” his life and at the suggestion of his father-in-law and brother-in-law, he applied for an apprenticeship.

Besides enjoying work, Inskeep and Ronci like being part of Youngstown’s overall renovation.

“There’s been a lot of progress downtown,” Inskeep said, adding the Gallagher building is the oldest he’s worked on. 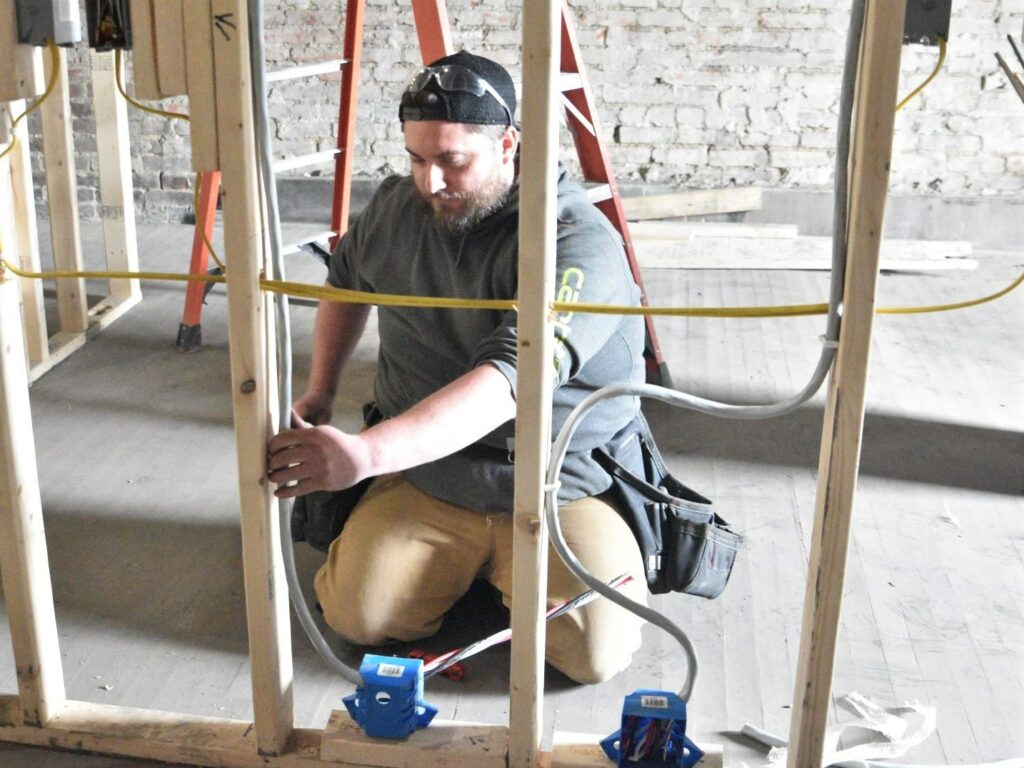 Installing wire for apartments in downtown Youngstown is Dustin Ronci, a journeyman electrician with Santon Electric.

For Ronci, not only does he enjoy the historical component of the job, but also the proximity.

“Working downtown, it’s nice because I don’t have far to travel. It’s always great to have work close to home,” Ronci said.

Usually, he has at least one other person to work with at the Gallagher building, but sometimes he’s joined by a pigeon or two as they fly in and out of open windows.