Last year, two local journeymen electricians made a decision they both agree has been a great move.

John Martinelli and Mike Keleman, both represented by IBEW Local 573 in Warren, joined the union in June 2021.

They’ve been part of a 12-person team working at the TJX warehouse in Lordstown, most recently working on installing a conveyor belt system. Work at the site for the electricians is anticipated to finish in mid-to-late spring.

For both Martinelli and Keleman, there have been several advantages to making the switch.

On the first day of the job, Martinelli was quite literally given tools he needed to succeed. 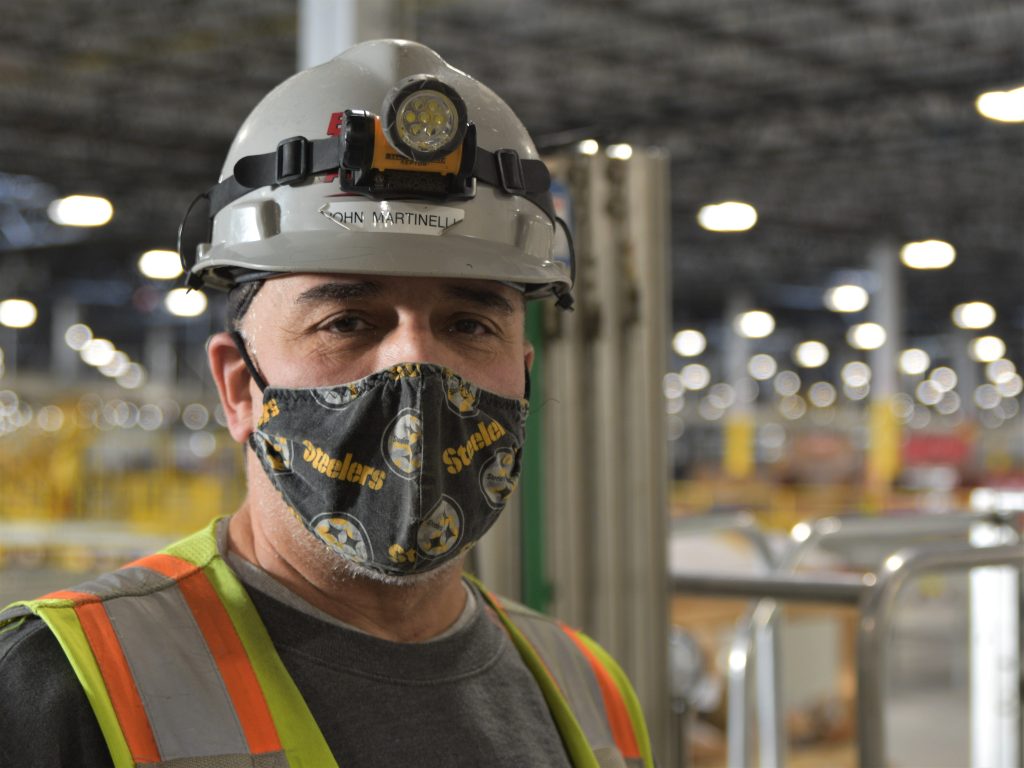 Electrical journeyman John Martinelli was “organized” into IBEW Local 573 in 2021. Looking back, he said it’s one of the best career choices he’s ever made.

“I had more stuff handed to me on Day One here than I did when I worked with some other non-union contractors,” Martinelli said, adding he also received the guidance he needed to be successful.

The duo also appreciated having support with matters of safety and time constraints on a given task.

“There’s someone to represent me, instead of me going against a company if there are concerns,” Keleman said.

Being part of a team

Keleman recalled prior to joining the union when he was working a job for a non-union contractor. Reading paperwork associated with the job, Keleman realized there wasn’t any additional compensation that was agreed upon by the contractor and job site for safety. 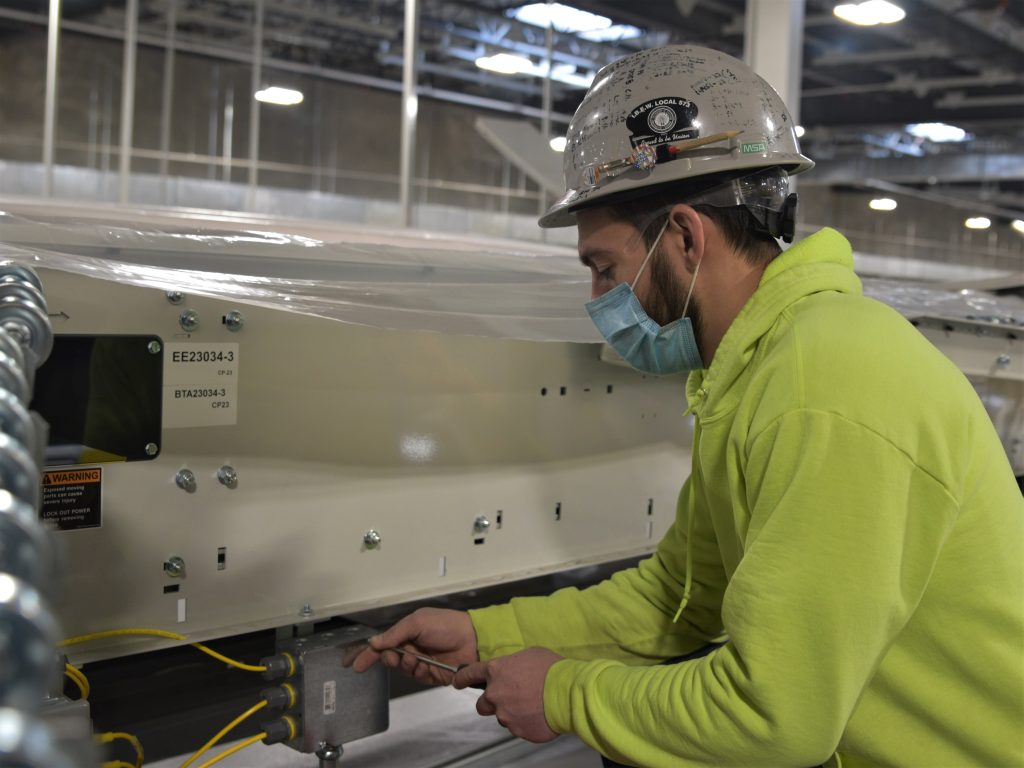 Mike Keleman is a journeyman with Local 573 in Warren. He made the switch to join the union, which has provided better pay, safety and representation.

“I brought it to the attention of the office, and they said, ‘No, you’re not getting it.’”

Since the contractor he worked with wasn’t union, “I didn’t have a leg to stand on,” Keleman said. “Here, I can go to the union and voice my concerns. The brotherhood will take care of us.”

That sense of “brotherhood” translates to the electricians Martinelli works with day in and day out.

“Right off the bat, I noticed how people interacted with me. They were instantly friendly, then there was a group that needed to see us work. Then they welcomed us. There are some others who keep to themselves overall,” Martinelli said. 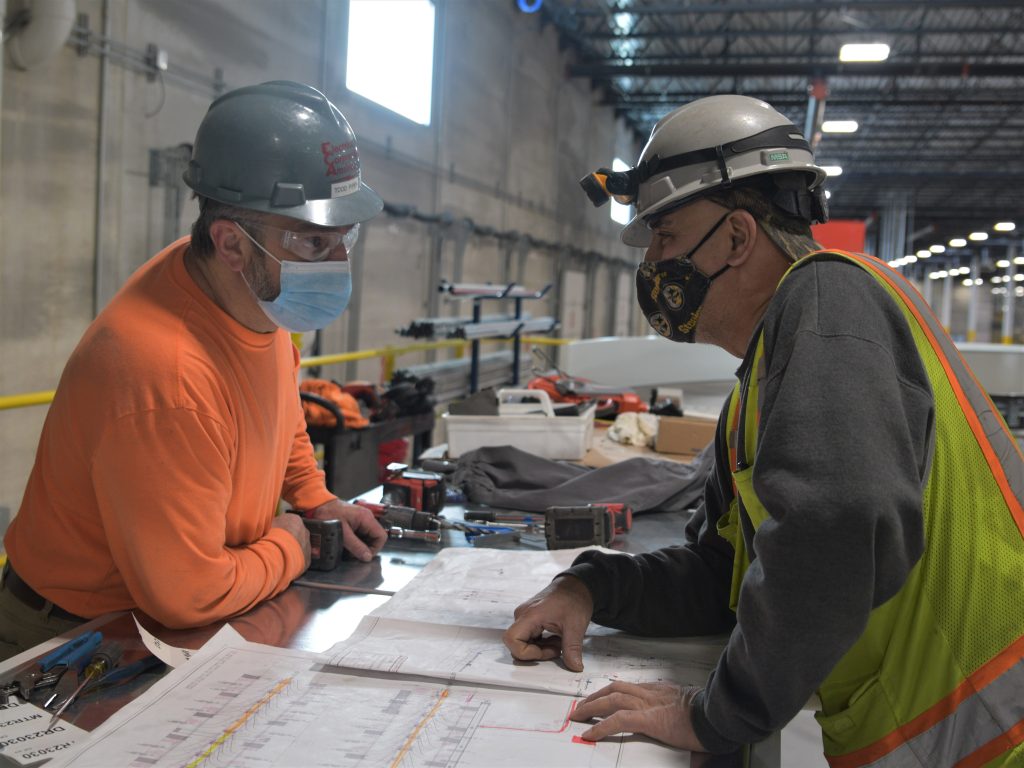 Answering a question is John Martinelli, right, a journeyman with IBEW Local 573 in Warren.

“Everybody’s been extremely great. I wish I would have done this when I was younger,” he said. “I didn’t know any better.”

Martinelli has been an electrician for 24 years.

Another pro is a steadier, higher wage, both Martinelli and Keleman said.

With all of the upcoming work Local 573 has signed on to do in the area, both men are grateful to have work for a while.

Taking the time to teach

It’s important to have local unions work these types of jobs because the quality of work from the union will ensure good work will be completed, said Scott Nichols, steward for Local 573. There is an emphasis on meticulous craftsmanship from the very beginning as apprentices, he added.

Building off that, Keleman said he’s noticed there is more time to show apprentices how to do tasks, teaching them start to finish.

“Non-union jobs sometimes have apprentices put on a task by themselves, trying to figure it out in bits and pieces. Here, the manpower is just right so we can show apprentices,” Keleman said.

Martinelli added showing apprentices helps the pipeline of electricians. “I’m going to be retiring… You’ve got the younger guys coming up.”

Like Martinelli and Keleman, Borowski likes that the work is steadier and closer to home. 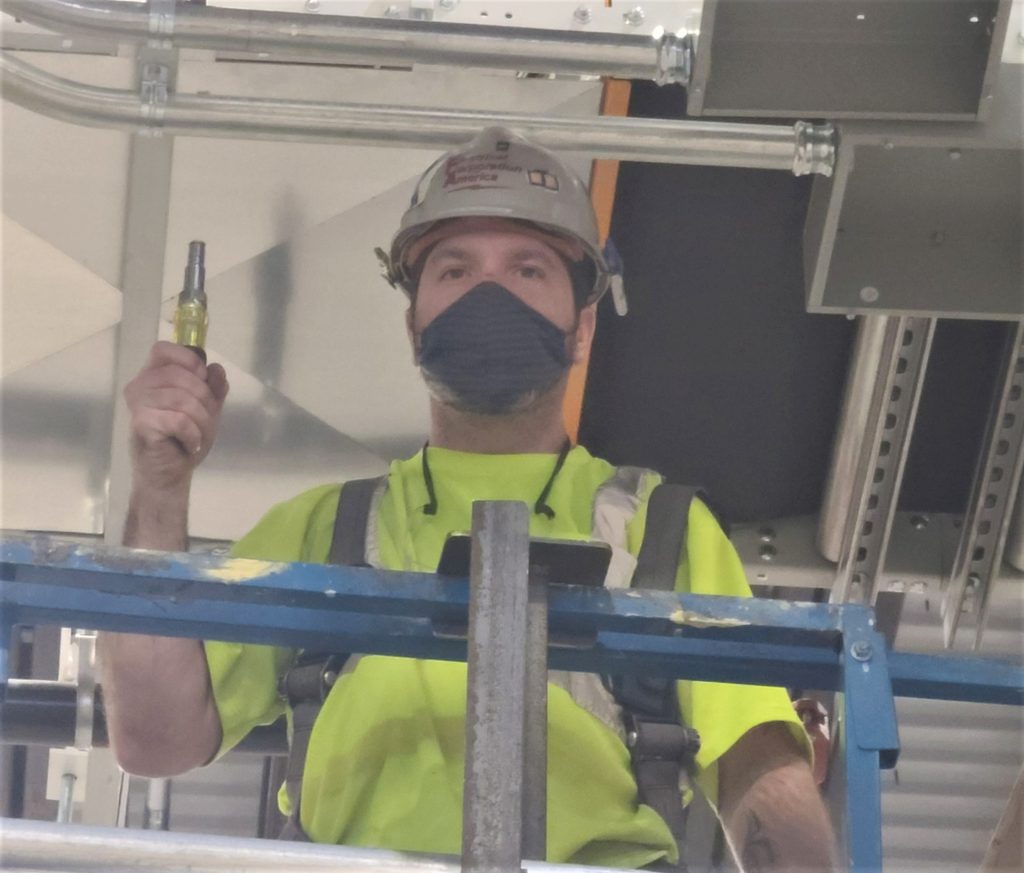 Alex Borowski organized into Local 573 six years ago. One of the many reasons he decided to do so was to work closer to home on a consistent basis.

“I was driving from here to Cleveland every day before organizing in,” he said.

Safety guidelines are spelled out, Borowski said. “The union looks out for your needs. They want to keep us happy. If you have a problem, you have somebody that has your back.”

Similar to Martinelli, Borowski is thankful he joined, even a little later than he would have liked.

“I wish I would’ve joined when I was younger,” he said.