Leveraging 20 years of experience as an attorney, Tom Lipka has developed a set of people-reading skills that have proved useful both inside and outside the office.

The executive director of the Mahoning Valley NECA chapter practiced law before transitioning to the electrical industry in 2019.

“The ability to maintain an emotionless appearance and to take everything in stride no matter how good or bad it is for you, is a personality trait but also learned as a lawyer,” he said.

A “poker face,” if you will. And wouldn’t you know, Lipka is also a highly skilled card player.

Lipka was able to test skills at the highest level recently as a participant in the 2021 World Series of Poker in Las Vegas. 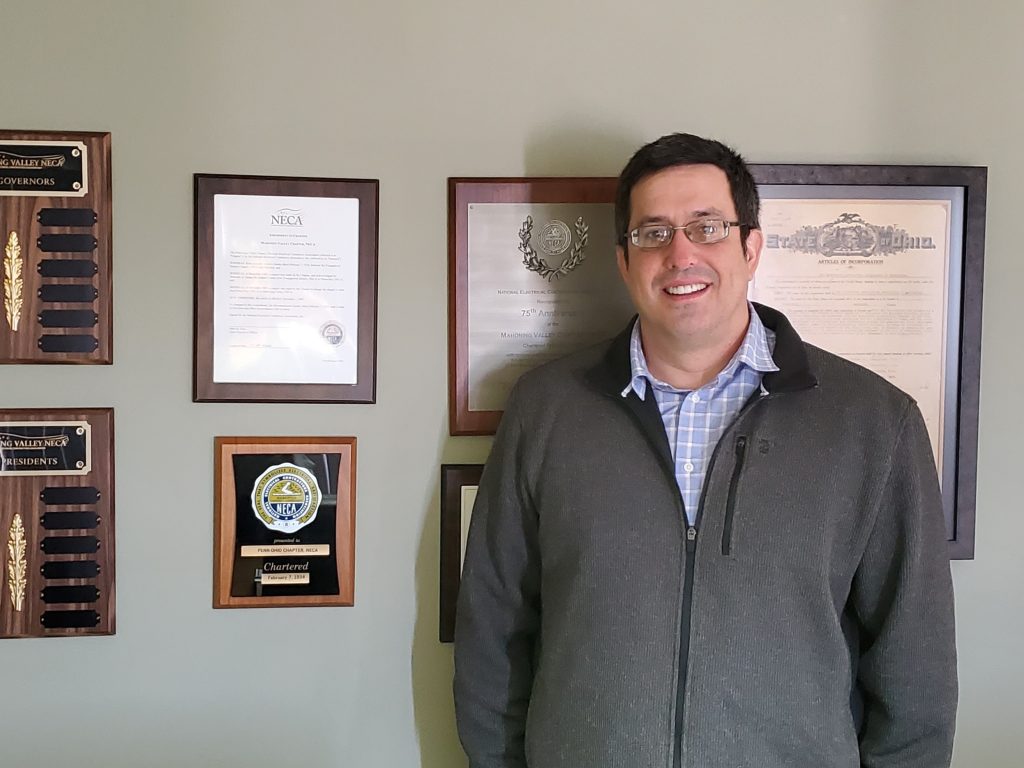 Tom Lipka, executive director of the Mahoning Valley NECA chapter, recently placed 575th out of 6,650 people in the World Series of Poker in Las Vegas.

Learning from a young age

Since he was a child, Lipka has regularly been around card games.

“My parents would sit around with other folks playing” for pennies when he was little, Lipka said.

He would watch intently as the adults played their card games, eager to learn the rules and observe the strategies at play.

It was in college when Lipka began playing Texas Hold ‘em, and then Bridge in law school.

Now, he regularly plays with a group of about 10 people, bouncing around to each person’s house once a month, Lipka said.

They send someone to the poker tournament every year, with this year being Lipka’s first time participating in the main event.

At the local, monthly tournaments, there is a point system. The person with the highest amount of points after a year is sent to the Las Vegas, with the group paying the entry fee and providing travel money.

Half of the player’s winnings goes back to the group.

The long days of sizing other players up and constantly thinking about each of the other players were mentally taxing, Lipka said. 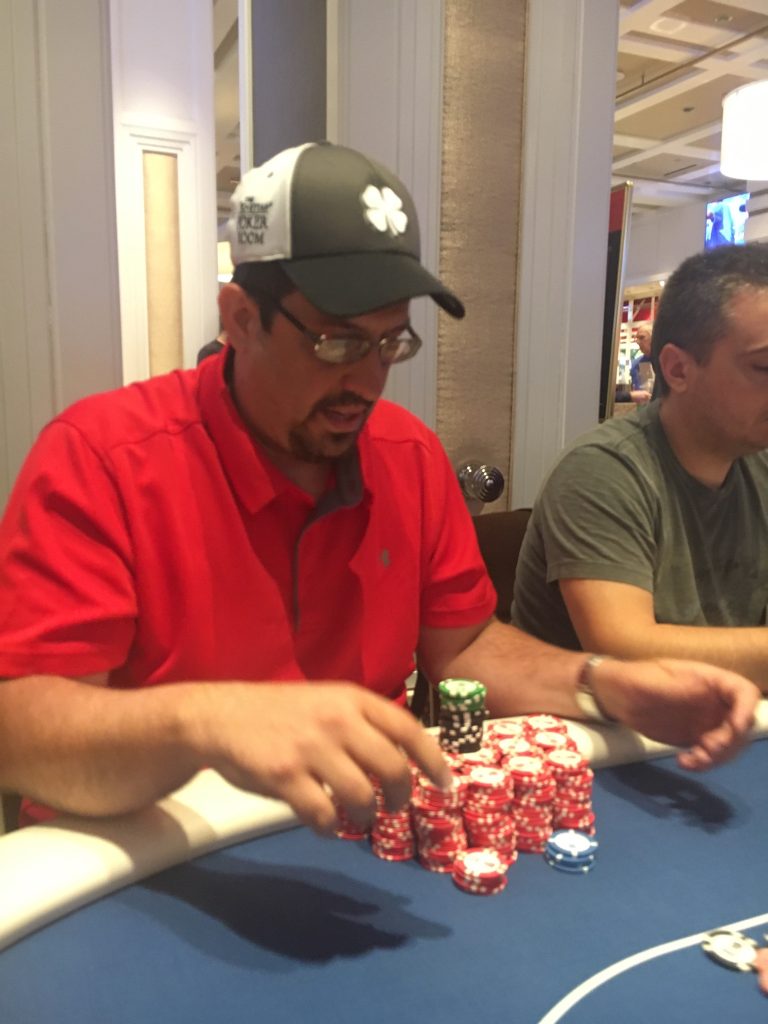 Pictured is Tom Lipka as he plays poker with a local group. Each year, the player with the highest amount of points is sent to the World Series of Poker in Las Vegas, which Lipka attended in early November. He won $21,600.

His days at the poker tables started around 11 a.m. and finished just after midnight, with a couple of breaks throughout the day.

On the fourth day when he cashed out, he felt a flood of emotions.

“It’s such a mixture of anger that you’re out, bitterness at the guy who just took you out, but at the same time, just happiness and relief,” he said.

Throughout his time in Vegas, Lipka got “a lot” of support from the local NECA chapter, receiving encouraging texts throughout that week, he said.

A large component to playing poker is reading people, Lipka said, adding that in ways, it’s similar to what goes into negotiating contracts.

As with poker, representatives from each side of a contract learn to read facial expressions and body language, he said.

Another aspect is learning to decipher what each side needs, listening to what others have to say and deciphering what is best for everyone, Lipka said.

“It’s intellectually stimulating,” he said of poker. “You can be bored sitting there but have the most incredible adrenaline rush, depending on the situation.”