Katie Gintert is in her second year with IBEW Local 573 in Warren. She’s working to complete her inside wireman program. 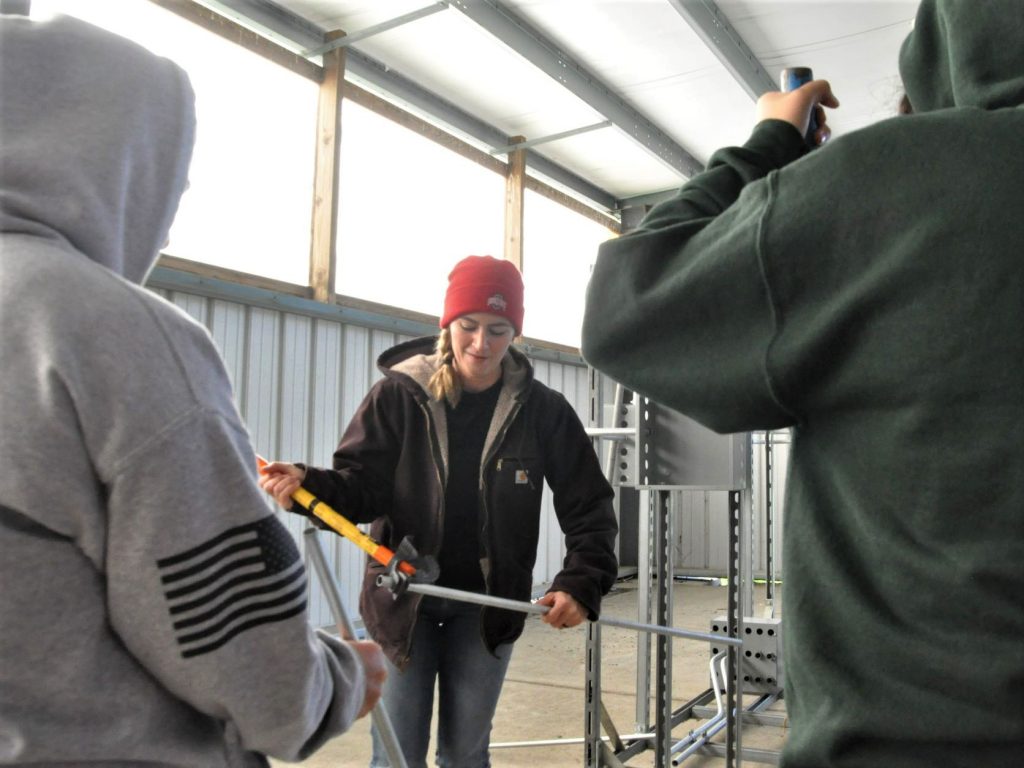 She joined Habitat for Humanity in high school, and took wood shop classes.

“I knew that I wanted to be hands-on, I knew I wanted construction after being with Habitat for Humanity,” Gintert said.

In her mid-20s, she did some house remodeling for a friend, and knew she wanted to get into the construction side after she was exposed to concrete work, carpentry, roofing, plumbing, drywall finishing and electrical work.

Gintert began to research wages, looking at which trade was best for her.

Ultimately, she chose electricity, which admittedly she didn’t know much about.

She had to take electricity as part of science classes in high school, but she didn’t understand it then.

As an adult, being taught by people who specialize in the industry, Gintert grasped it.

“You don’t have to know a trade to get into a trade. That’s what the apprenticeship” is for, she said.