The last couple of years have been quite the journey for Tri-Area Electric.

“It was the right time, at the right place with some hard work,” said Bill Leone, founder and president of the company.

He started looking for a new facility with more space that was closer to home in North Jackson.

Although Tri-Area Electric moved to a new location in North Jackson, projects are still done in its old stomping grounds in Youngstown.

The team went from a 12,00-square-foot facility to 15,000 square feet, with room to grow over the property, Bill said.

Son Matt started clearing some of the property in January 2019.

A move plagued by the pandemic

When Leone put the Youngstown building up for sale, there was “no problem” finding a buyer.

There was a deal with Sidley that they would grind any concrete left at the North Jackson site. That was 4 acres’ worth, Bill said.

The office team, three women, worked out of a trailer on the new site for a while, even during COVID-19, Tammy said.

It was officially in March of 2021 that the new building was complete, a process that was slowed down due to the pandemic.

Items for the new building were on backorder, and during the height of the pandemic in 2020 the company went from more than 40 employees down to 12.

Now, they are staffed with 50, Tammy said. 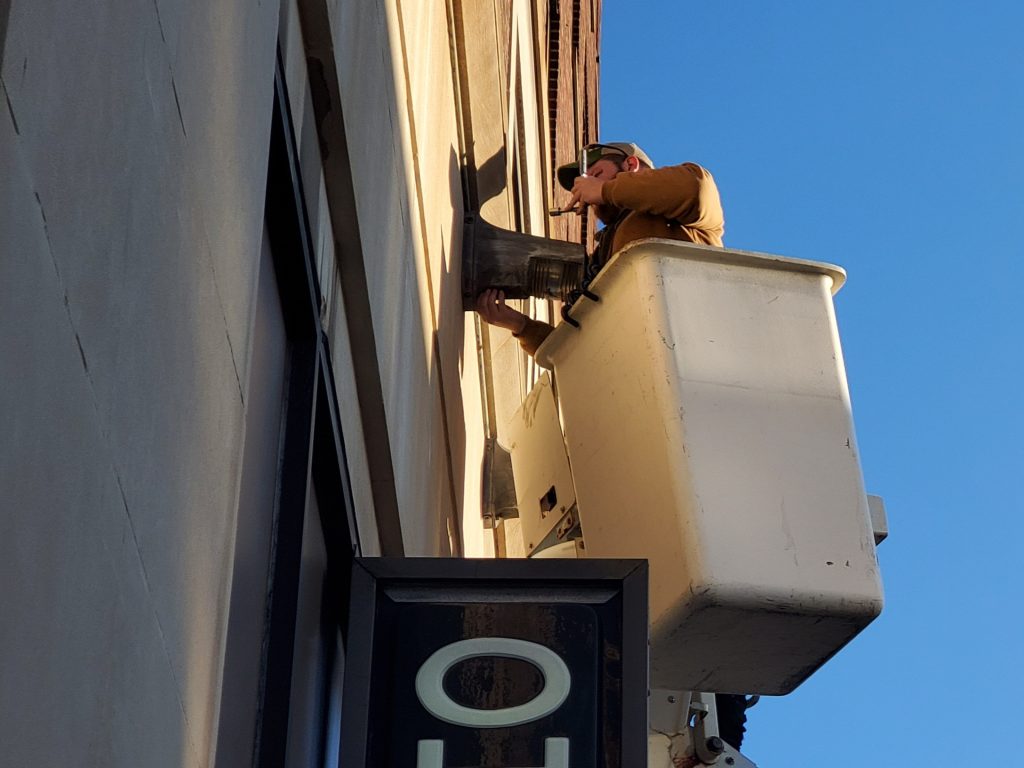 Alex Csernyik, a journeyman electrician with Tri-Area Electric, works on an exterior light outside the Ohio One Building in Youngstown.

Preparing inventory for the big move was a “tremendous undertaking,” Bill said.

There was 40 years’ worth of electrical items, like breakers and boxes, at the Youngstown shop.

Logistically, the new home in North Jackson is optimal.

Located near the booming Bailey Road corridor, Tri-Area is now situated near I-76 and the turnpike.

That makes it easier for more jobs in the Akron/Canton and Cleveland areas, Greg said.

The Tri-Area family is still excited to see the growth of Youngstown, which they have played a part in. Some of the company’s biggest, and proudest, jobs have been in and around the city.

One of the first big projects for Tri-Area was installing a transmitter at WKBN.

As one of several long-lasting companies, Tri-Area is “here to stay,” Greg said, with Tammy adding, “We’re not going anywhere.”