An apprentice with “Joe” Dickey Electric in North Lima, Jeremy Baltes is in his second year of the commercial electrical program with IBEW Local 64 in Youngstown.

At 19 years old, he is happy with the decision to pursue a career in the electrical industry, even though he was on the path to go to college. 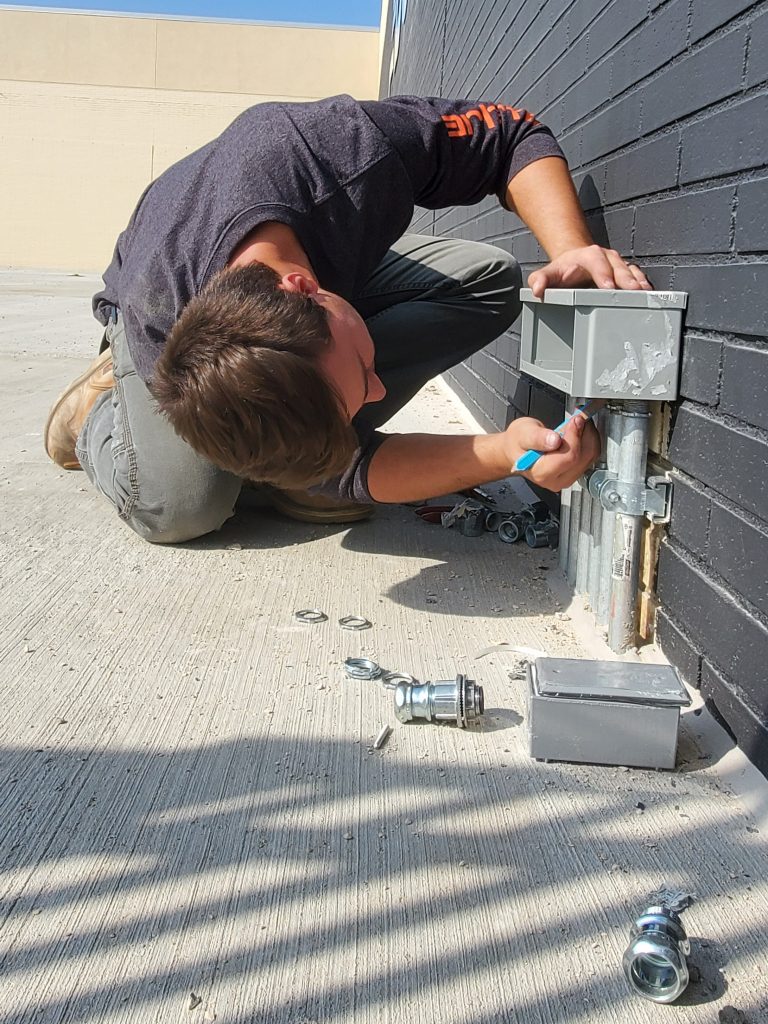 Second-year apprentice Jeremy Baltes chose a career path in the electrical trade industry where he can work while he learns.

“I already had college credits and scholarships going in, but the thing is, I didn’t know what I wanted to do,” he said.

Naturally, Baltes is mechanically inclined, which he enjoys.

“It was head into the trade or be a mechanic,” he said.

While people are enjoying the fire pits and outside lighting at Double Bogey’s within the DeBartolo Commons at the Southern Park Mall, they will be benefitting from his work.

Baltes installed a trough to put wire through, along with an emergency stop for the fire pits.

Enrolling in an apprenticeship was also a little more than just working with his hands and seeing an end product.

There is a little bit of nostalgia, as his great-grandfather was an electrician and would talk with him about the industry when Baltes was a boy.

His favorite aspect of working and learning about electricity is installing conduit runs on larger jobs, like what he did at the Boardman mall.