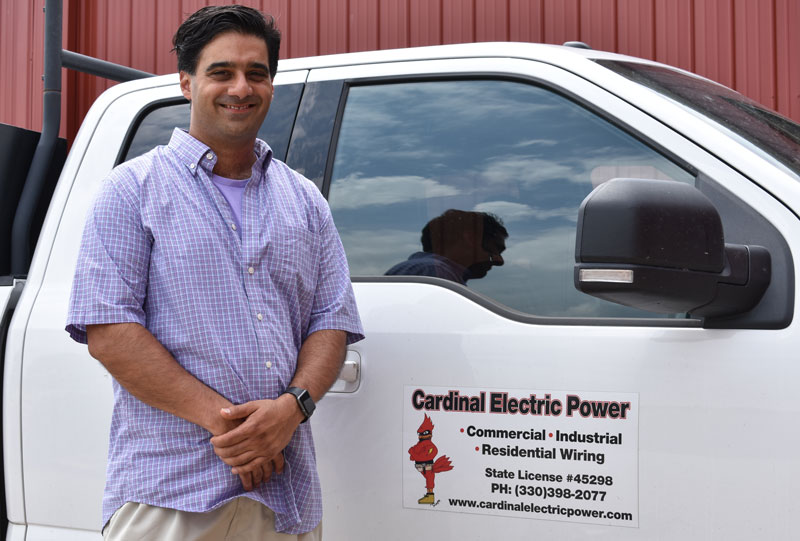 After graduating from Youngstown State University with an engineering degree, Raja Sambandham was accepted into the five-year commercial electrician apprenticeship at the Youngstown Area Electrical JATC.

When Raja Sambandham started Cardinal Electric Power in Salem, he wanted an eye-catching name and logo.

“Since the company is based out of Ohio and the state bird is a cardinal, I figured the name would stick in people’s minds,” he said.

“It gives us a lot of satisfaction and pride to grow the company and work on different commercial and industrial projects,” Sambandham said.

After graduating from Youngstown State University with an engineering degree in 2000, Sambandham was looking to go into the electrical trade with an emphasis on gaining more hands-on experience. He also had visions of starting his own business.

“It was a good career step,” he said.

Sambandham applied and was accepted into the five-year commercial electrician apprenticeship at the Youngstown Area Electrical JATC. He is grateful for all that he learned over that period of time.

“The best part about working in the electrical trade is you get into a lot of new jobs and see a lot of new things that you might not have seen before,” Sambandham said. “You have to come up with creative ways to figure out how to get the job done.”

Cardinal Electric Power offers full industrial, commercial and residential services, along with bucket truck work and being a full-site electrical contractor. Sambandham believes these services and the company’s core values offer the best possible experience for any customer. 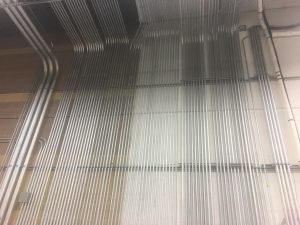 Since 2010, Cardinal Electric Power has worked on a wide variety of projects throughout the state of Ohio.

“We try to do the best work and craftsmanship, and do it in a timely manner,” Sambandham said. “We want to be considered a quality electrical contractor.”

As with any business, there have been some bumps in the road when venturing into uncharted territory.

When he looks back on the last eight years, Sambandham can’t help but smile.

“It’s been a long road and stressful, but at the end of the day, it does give me a lot of meaning and purpose that I’ve been able to expand this business and get into all the commercial markets.”

Looking at the future, Sambandham knows where he wants Cardinal Electric Power to evolve over the next few years.

“Hopefully, we’ll be able to get into the bigger heavy highway markets and also the bigger industrials spaces such as wastewater treatment plants.”

Cardinal Electric Power is a member contractor of NECA-IBEW Electricians, an association of signatory Mahoning Valley electrical contractors and IBEW locals in Youngstown and Warren.