The students were recognized at a luncheon in their honor hosted by the YSU Foundation at the Youngstown Club today.

This year’s scholarship winners, their academic majors and hometowns include:

All five recipients – who will each receive $1,000 awards – were members of YSU’s NECA Green Energy Challenge team, which captured the national championship in September after its proposal to decrease energy consumption at the Youngstown Historical Center of Industry and Labor beat out more than 30 submissions from engineering schools across the country.

The Mahoning Valley NECA’s scholarship committee is comprised of Travers, Joe Dickey, Jr. from Joe Dickey Electric, Rex Ferry from Valley Electrical Consolidated, Bill Leone from Tri-Area Electric and Bob Magni, Jr. from RLM Electric. In addition to the scholarship money distributed to the students, the organization contributed $10,000 to the fund’s principle to bolster future disbursements. 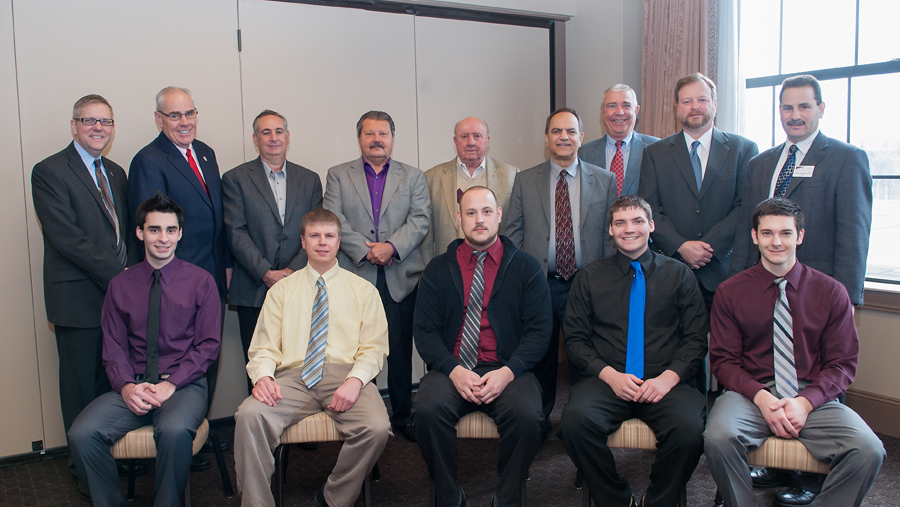 Scholarship winners celebrated their accomplishment at a luncheon in their honor with dignitaries from YSU, the YSU Foundation and the Mahoning Valley NECA.