Having a good memory is a requirement in the electrician field. It’s also a big key when playing guitar in a band. For fifth-year apprentice Garrett Chetock, he puts his mind to good use to perfect his electrician craft and musical passion.

When he was young, he started to gravitate toward music and his favorite instrument.

“I have played music since first grade,” he said. “I just picked up a guitar and loved it since then.”

Chetock joined the band Elantris, and over the last few years has helped it grow to its current group. The band has toured across the United States and Canada. When looking back at the cities he’s played, one came to the forefront for Chetock. 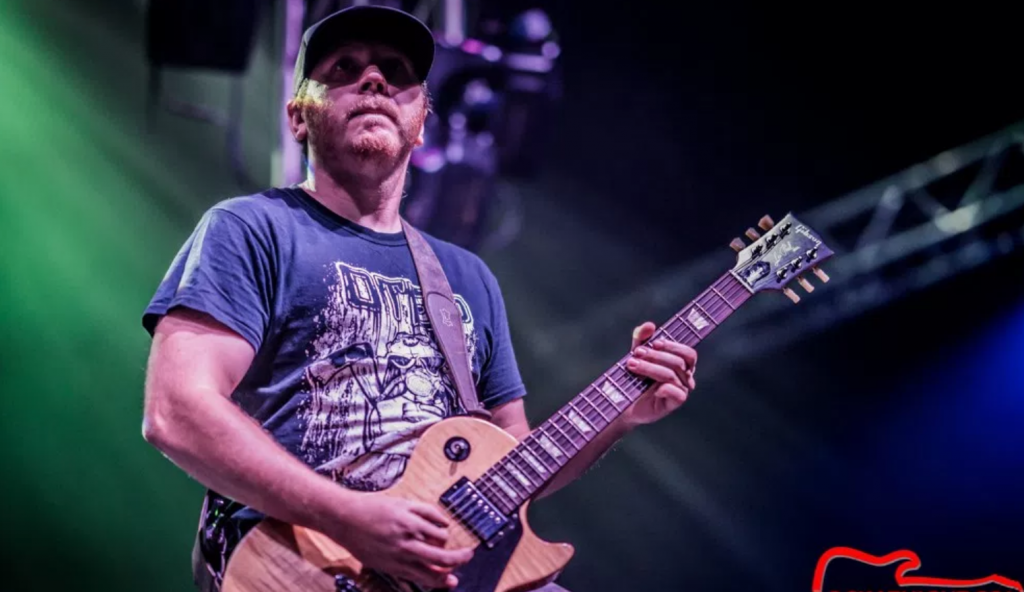 Garrett Chetock is a fifth-year apprentice and an aspiring musician in a touring metal band.

“Seattle was pretty cool to play,” he said. “When we played there, it was an amazing feeling at the venue.”

When he is not on the road, all of Garrett’s energy goes into his final year as an apprentice in the commercial electrician program at the Youngstown Area Electrical JATC. As he finishes up the program, Garrett is focused on one main goal.

“I would like to get my journeyman’s card, and then from there, think about possibly continuing in education,” he said.

Before joining the apprentice program, Chetock was working in a non-union electrician position.

“This apprentice program has prepared me due to the ability to transfer around and learn everything from different contractors,” he said. “It is an intense program.”

Chetock is grateful for the mentorship he has received from journeyman electricians he’s worked with.

“I really appreciate that the electricians taught me how to do the project then let me learn for myself.”

During his time in the program, Chetock has worked on installing electrical service at many high-profile sites in the Mahoning Valley, including Southwoods Imaging Center.

“That project allowed me to see the difference in how things are treated in a hospital environment,” he said. “It was a great opportunity to see how the various machines in that setting work.”

With a family background in the building trades, Chetock feels it offers a better path for him than a traditional four-year university setting.

“Money-wise and no college debt-wise, it seems like the better route to go,” he said. “This field opens up many doors and opportunities that allow you to move forward with your education.”

Whether it be relishing his electrical handiwork or expressing creativity in his music, it seems Garrett has found ways to live life to the fullest.