It’s all about the roar of the engine in racing competitions. And for Pat Klingeman, he has been around engines since he was a child.

“I can remember being involved with an engine dynamometer at four years old,” said Klingeman, a member of IBEW Local 573 in Warren. “My father built two-cycle engines, so I’ve been involved with it my whole life.”

Following in his father’s footsteps, Pat has taken things to the next level on snowmobile engines with custom machine work and designing his own two-cycle tuned expansion chambers that he builds from scratch. During his time with snowmobile racing, Klingeman has competed on many different terrains.

“I’ve done some snow racing, dirt racing and asphalt racing, which is what I have been most involved with since 1996,” he said. “We actually run the snowmobiles on the drag strip in the quarter mile.” 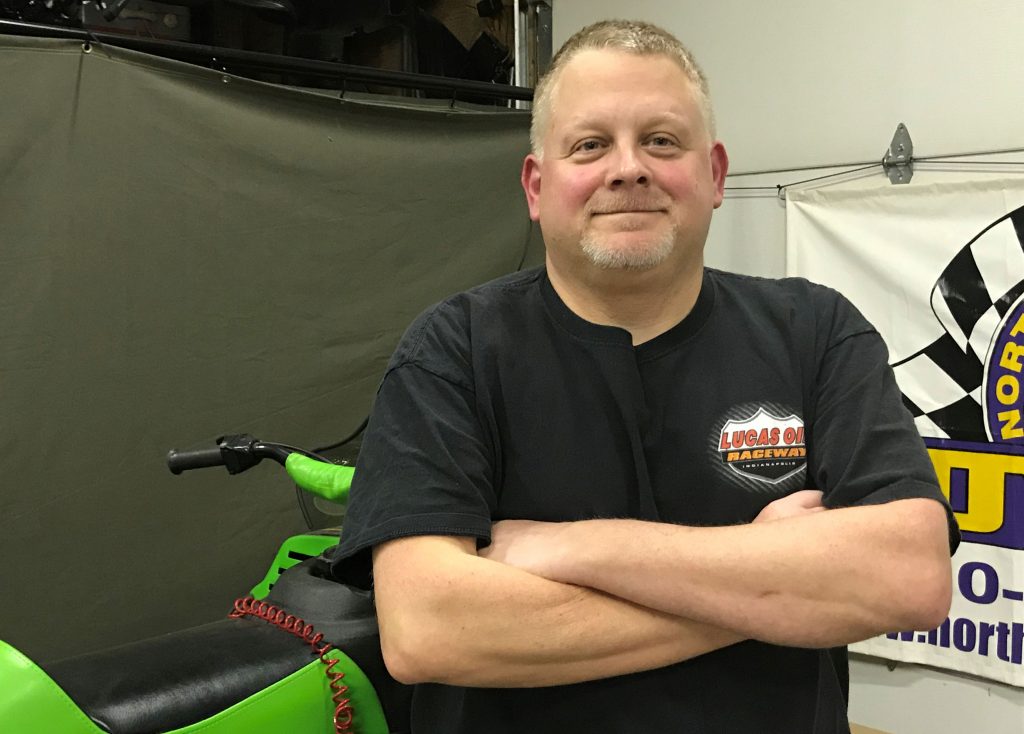 Following in his father’s footsteps, Pat Klingeman has taken things to the next level on snowmobile engines with custom machine work and designing his own two-cycle tuned expansion chambers that he builds from scratch.

Klingeman feels the greatest sense of accomplishment comes from continuing the legacy started by his father.

“It’s definitely in my blood. The excitement and accomplishment you feel is amazing because everyday is a new day,” Klingeman said.

As with anything that is worthwhile, Klingeman has put the time in to reach the pinnacle of the sport.

“In 2015, I worked with a team for about five years and we won the NHRA Division 1 championship in the pro-stock snowmobile class. That has really been a highlight of my life and it was a great team effort.”

When he’s not fine-tuning engines, Pat spends time with his wife and two children. He also is continuing his family history as an electrician with “Joe” Dickey Electric.

“My grandfather and father were electricians out of the Warren Local [573],” he said. “That’s what guided me into this field.”

Over the last 30 years, Klingeman has learned some valuable lessons and skills that he reflected on.

“I have become a better mechanic in everything I do. In the electrical industry, there’s no room for error. It teaches you to do quality workmanship.”

Klingeman feels that quality workmanship is what sets apart the Youngstown and Warren Area Electrical JATC from the competition.

“It’s the on-the-job training with people that want to teach you what they have learned,” he said. “The quality of our work is what we have to sell.”

As for those looking to join the electrician trade, Klingeman believes the field sets you up for much success.

“It is an opportunity that if it crosses your path, do not turn it down,” he said. “There are ups and downs, but it is definitely worth it.”

With retirement is his sights, Klingeman would like to see some larger projects in the Mahoning Valley and be involved as much as he can.