Driving along Market Street in Boardman, work on Akron Children’s Hospital Mahoning Valley has been ongoing for about a year.

While still seeing patients, an emergency room expansion project is underway, with “Joe” Dickey Electric running the electrical lines throughout the new space.

Going with the flow

To maximize efficiency, the project has been divided into six sequences. Sequences, or planned phases, are further broken up into stages.

Currently, contractors are in the finishing stages of the first two sequences, in the vice stage of sequence 3, and rough stage for sequences 4 and 5, Eisenbraun said. 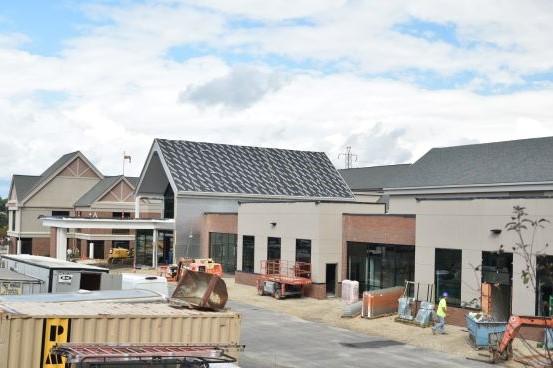 “Joe” Dickey Electric is one of a handful of contractors working on an ER expansion at Akron Children’s Hospital Mahoning Valley.

Each of these sequences help keep targeted completion dates intact.

Beginning in the summer of 2021, the first two phases of the Akron Children’s expansion project provided parking and working room for construction crews, Eisenbraun said.

Together, Dickey Electric is working with other building trades on the project.

Ground broke the expansion in October 2021 when employees, construction workers and patients were invited to sign beams.

Dickey Electric has between 4 to 10 electricians working at Akron Children’s at any given time.

Setting this project apart is the amount of communication among all the contractors.

“We’re working together to keep the flow of the project moving, so everyone gains access to the sections they need,” Eisenbraun said. 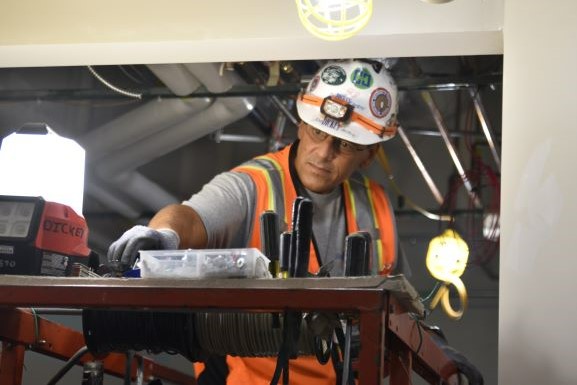 Dickey Electric has between 4 and 10 electricians working at the Akron Children’s Hospital Mahoning Valley ER expansion project at any given time.

This helps keep the project on schedule.

They anticipate what needs doing: moving equipment with little power interruption, for example.

That level of constant communication is achieved throughout the day, but also during huddle meetings, Eisenbraun said.

Teams are referring to past diagrams and blueprints to stay on target.

Knowing they are working on a facility that will help children and their families from the Mahoning Valley and beyond lends to a unique sense of fulfillment, Eisenbraun said.

“It’s a great thing, a great feeling to be part of this.”

Sometimes, workers will see children and although the interaction is a quick wave, it still puts a smile on everyone’s face.

At one point during work, children were able to see workers through glass.

“There’s not a lot of interaction, but there are some kids that we see here. It’s nice to see them, to know we’re doing work that will help them,” Eisenbraun said.

Dickey Electric oftentimes bids on projects that serve the community. 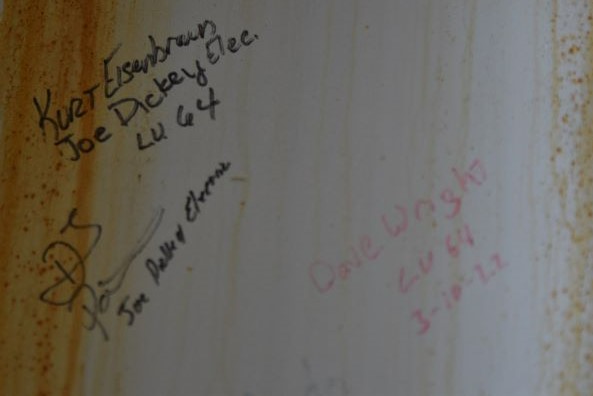 Construction crews were among those who signed beams in October 2021 during a groundbreaking ceremony.

[read about Dickey’s work at an area hospital here]

Overall, the entire project has been running smooth.

What sets it apart is the fact that it’ll benefit children.

“Between the security of current patients and how intricate the wiring is, procedures have made the work a little more unique than other jobs,” Eisenbraun said.

“This is what Dickey Electric strives for. We’ve worked in a lot of healthcare facilities, so this isn’t out of our realm of norm. We care about the community, and we’re glad to be able to help,” Eisenbraun said.

Dickey Electric is a member contractor of NECA-IBEW Electricians, an association of IBEW union locals in Youngstown and Warren and signatory electrical contractors in the Mahoning Valley.