When he was a young boy, Eric Carlson stood at the top of Stambaugh Stadium in Youngstown, viewing the city and beyond.

Looking back, it was that memory that sparked his interest and passion in electricity.

“I remember standing on the top, looking over the city at what was being built,” Carlson said.

Carlson is president and co-owner of “Joe” Dickey Electric.

His father, Gary, was an electrician with Dickey Electric for about half of his 40-some years in the trade.

Gary was the foreman in charge of the Stambaugh Stadium project. One of the apprentices on that job was Dave Dickey, son of Joe and future owner of the North Lima-based electrical contractor.

Carlson reflected on that memory after he gave the keynote speech at the 16th annual Celebration of Scouting Breakfast. 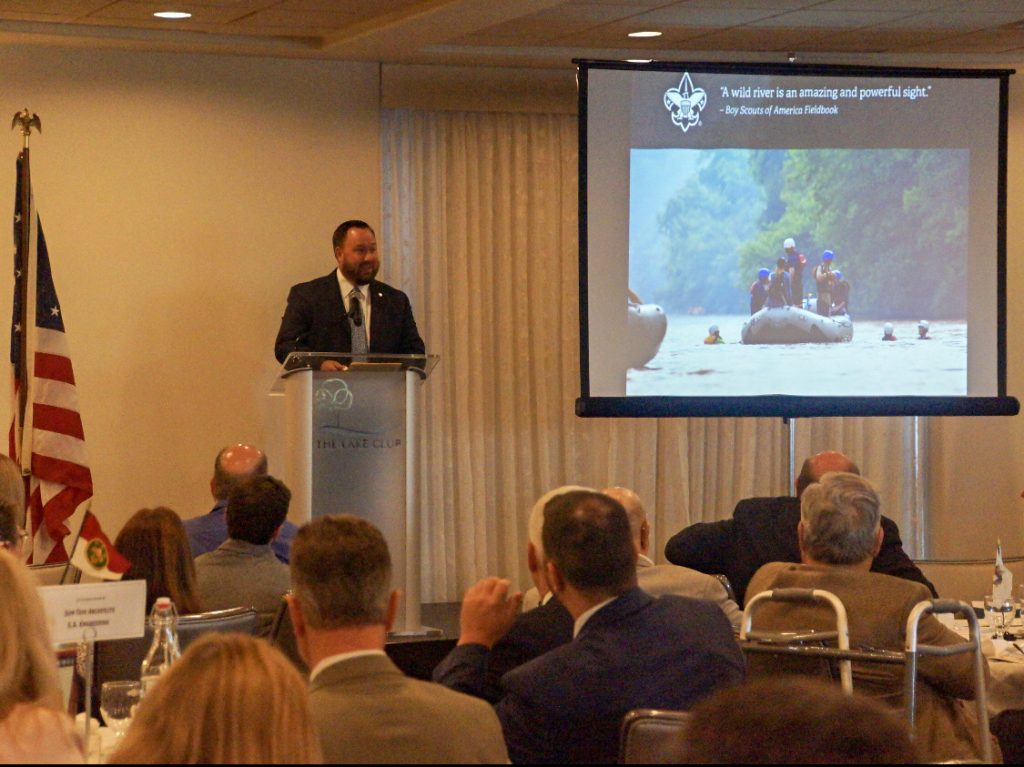 During the 16th annual Celebration of Scouting Breakfast, Eric Carlson, president and co-owner of “Joe” Dickey Electric, gave the keynote speech. Scouts helped shape him into the man he is today, Carlson said.

He was chosen to speak at the event for his leadership traits, said Wayne Nieman, senior development director of the Boy Scouts of America Great Trail Council.

Organizers look for a person who embodies service to their community, family, friends and faith. Nieman said Carlson does all of those, which “made him a great candidate.”

During his time at the podium, Carlson shared he largely credits Boy Scouts with how his life turned out. 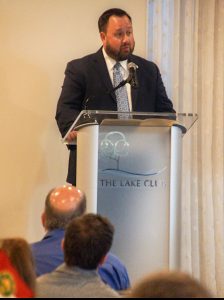 Eric Carlson, president and co-owner of “Joe” Dickey Electric, attributes most of his success from his time with Boy Scouts. Earning the Eagle Scout Award at 15, Carlson gives back to the community, especially focusing on youth-oriented programs.

At 15, Carlson received his Eagle Scout Award in 1990 from Troop 60 in Boardman.

For his Eagle Scout project, Carlson was responsible for finding his own sponsorship. After talking with his dad, they decided they would go talk with Dave Dickey.

“I went in and talked to him…looking for a little bit of support,” Carlson said.

After Carlson made his pitch, Dickey decided on the spot he wanted the company to sponsor the entire project, which was a bridge at Boardman Township Park that is still used today. 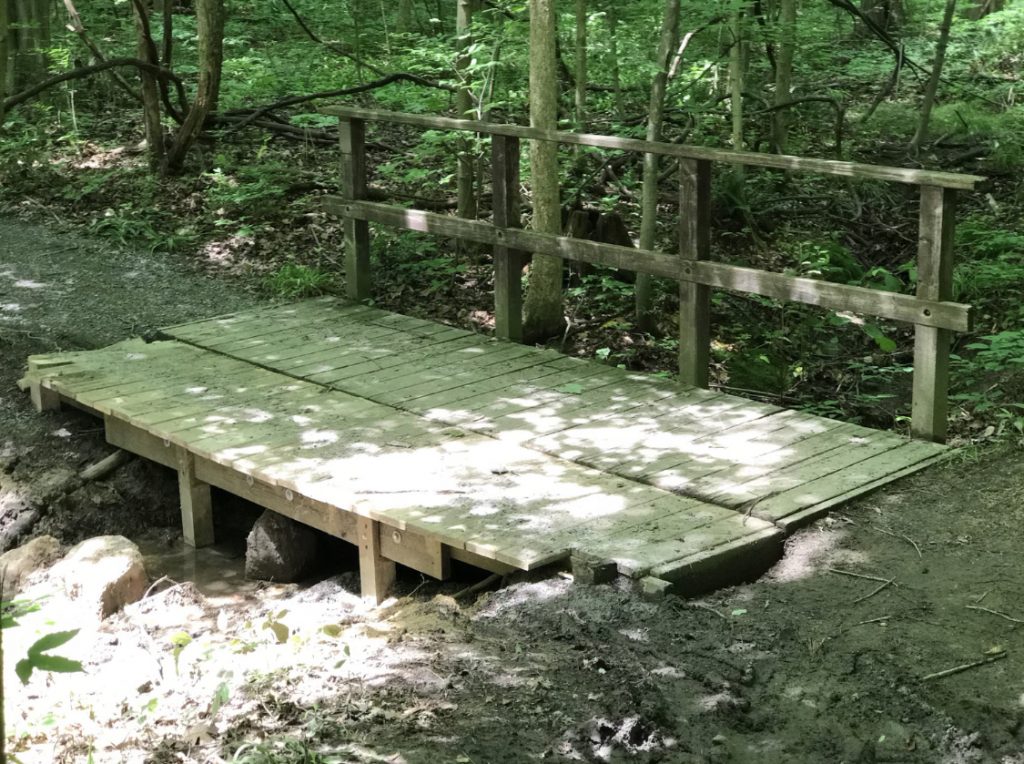 A bridge in Boardman Township Park built by Eric Carlson still stands 30 years after it was built as his Eagle Scout project. A conversation with Dave Dickey of “Joe” Dickey Electric led to the company sponsoring the entire project, starting a lifelong career and establishing a second family for Carlson.

“I gained that day – and through the relationship I’ve developed – a second family. It’s a byproduct of what scouting brought,” Carlson said.

Shortly after the project, he began working for Dickey Electric, where he’s worked since.

There was a fork in the road when Carlson had to decide to be the next fire chief of the Beaver Township Fire Department or continue with Dickey Electric.

Ultimately, he chose to stay with Dickey Electric.

“I enjoy, live and breathe the electrical industry,” Carlson said.

Whether children and teens want to pursue the scouts or not, Carlson gives back to the community to ensure there are opportunities for youngsters to learn and grow. It is another way that scouts taught him to give back, through being a leader, Carlson said.

“It’s about making investments in our area’s youth that you don’t necessarily get a direct reward out of,” Carlson said. “It’s part of trying to make our community better, to provide opportunities they wouldn’t have otherwise.”

A sense of family was also defined through his time with the scouts, Carlson said.

The Dickey family has become an extension of his own, along with scout families. Working with Dickey, the opportunity to foster professional growth is starting with a new generation as Carlson’s son Gavin is working with the company before he heads to Westminster College in Pennsylvania to study business.

Carlson grew up minutes from the North Lima shop. He graduated from South Range High School and attended Youngstown State University where he earned a degree in electrical engineering technology.

He lives in Berlin Center with wife Bethany and son Gavin.