When Luke Eyster and his father, Chuck, looked for local golf tournaments to compete in some years back, they heard about one competition and decided to join.

It was the Greatest Golfer tournament.

“They told me it was one of the best tournaments around, so we signed up,” Luke said.

Since then, the Eysters haven’t looked back.

The program is a way for the father-son duo to spend time together, just as it was a way for Eric Carlson and his son Gavin to hang out together. 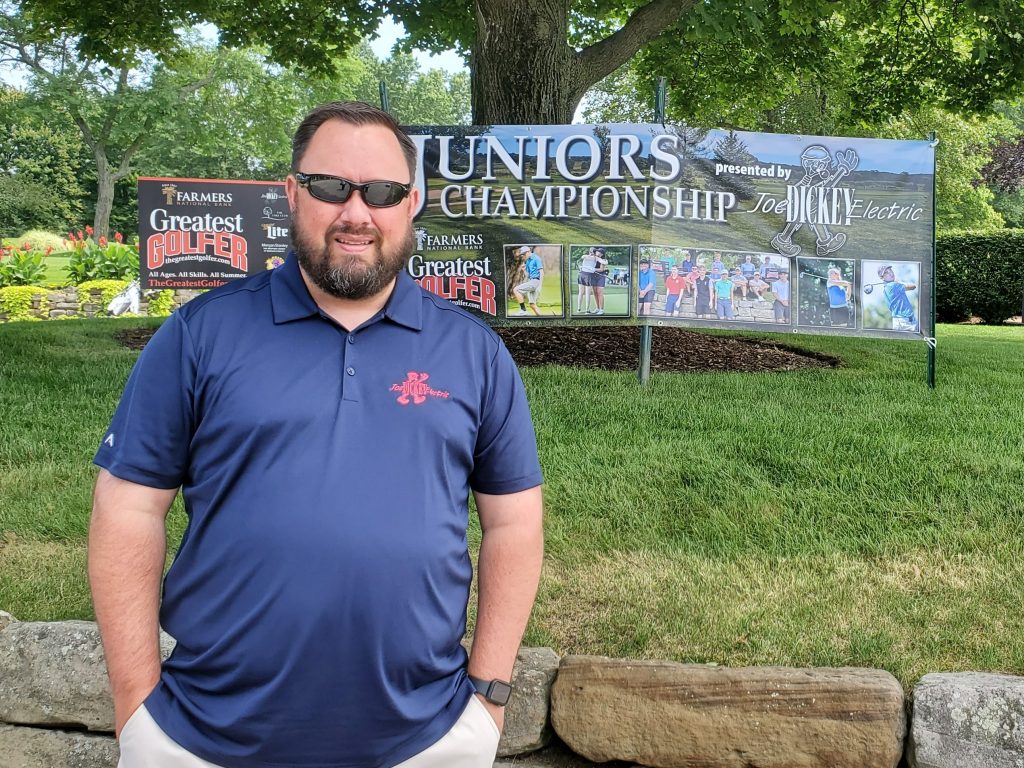 Once Eric Carlson, president and co-owner of “Joe” Dickey Electric, heard a sponsor was needed for the Greatest Golfer Juniors Division in 2020, he stepped up.

Carlson is president and co-owner of “Joe” Dickey Electric, which is a sponsor of the Juniors Division of Greatest Golfer.

Gavin is a golfer and wanted to start competing. In 2019, Carlson reached out to Todd Franko, director of the program, about Greatest Golfer. Dickey Electric first became a Juniors Division sponsor that year.

There is an inclusive, family mentality in golf that also translates to the electrical industry.

Greatest Golfer has provided an opportunity for the Eysters to spend quality time together, as it did for the Carlson men. It is also another way to show its young golfers that competitors can be friends. 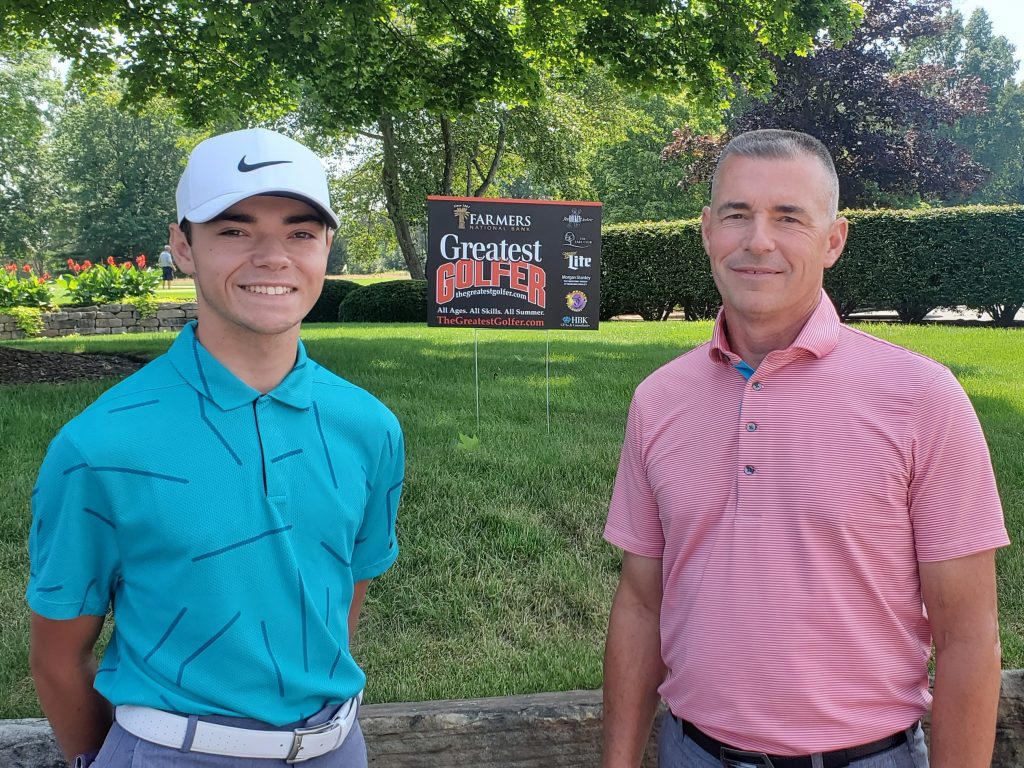 Luke Eyster, left, and father Chuck were researching local golf tournaments when they heard about Greatest Golfer. For four seasons, the duo have participated in the program, which takes them around the greater Mahoning Valley to different golf courses.

Chuck is a general superintendent for Santon Electric in Boardman. He said there’s inherent camaraderie within the electrical industry, particularly among IBEW members and NECA contractors, who regularly work together to not only complete jobs, “but also attend functions like golf events or baseball games.”

Dickey Electric and Santon Electric are both NECA-IBEW Electricians members.

Initially, the idea for Greatest Golfer was Greatest Golf Holes of the Mahoning Valley, showing the best courses of the region for 18 weeks with a tournament at the end, Franko said.

The program has evolved each year since its 2009 inception and 2010 launch to host 600 players, an increase from 97 the inaugural year. The Juniors Division was added in 2011.

In 2020, the fate of Greatest Golfer was in question due to the COVID-19 pandemic and the lack of a title sponsor. Sponsorships helps keep the tournament costs for its players affordable, Franko said.

That’s when Dickey Electric stepped in.

Once Franko announced Dickey Electric was sponsoring the Juniors Division, “it opened the eyes of other sponsors and several other dominos fell in the right way,” Franko said.

“I said, ‘If you’re going to do this, I want to be a part of it,’” Eric Carlson, president and co-owner of Dickey Electric, said.

Franko said it was a courageous move on Carlson’s part to step up and sponsor the event in 2020, which was entirely on hold. 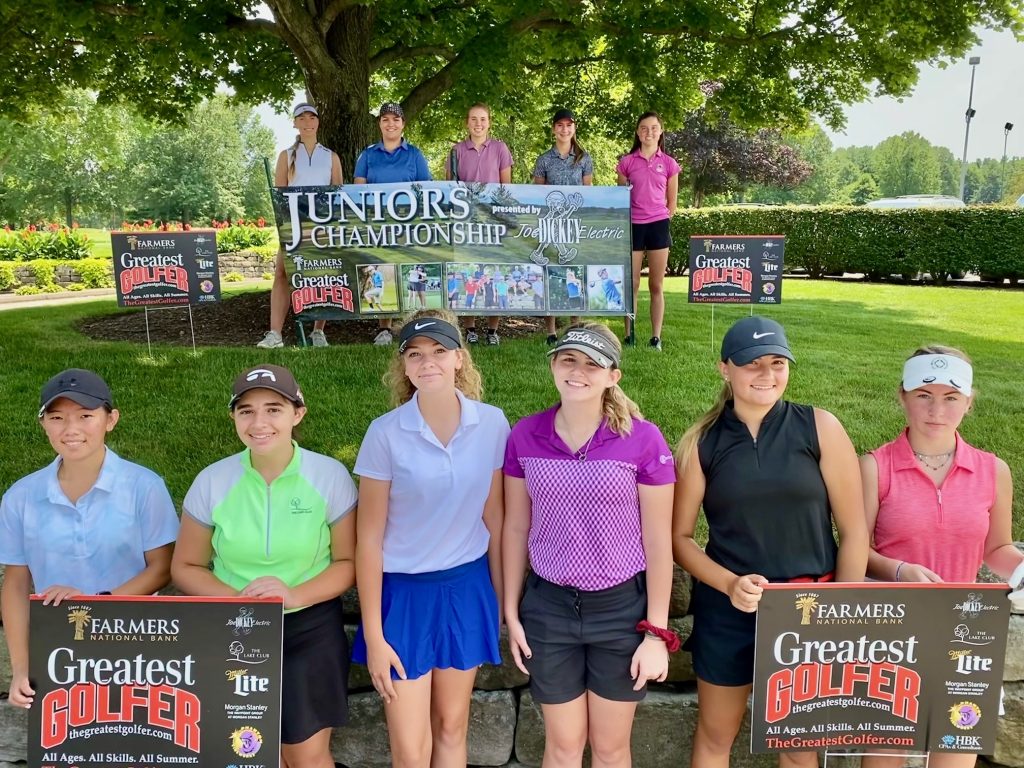 Just before they began, the Greatest Golfer Juniors girls took a quick photo. Golfers are from around the area and travel to different golf courses.

It was a simple decision for Carlson. “I want to see this continue on,” he said.

Throughout the company’s history, the Dickey family has donated and participated in many school, sports and community activities to support young people, and Carlson wants to see that tradition continue.

“I look to see how Joe supported the youth of our area,” Carlson said of the company’s founder and namesake.

More than a competition

Greatest Golfer is a way for the teens to have a safe zone to experience “good pressure,” Carlson said, learning to manage their time at each hole. They also learn to communicate, as their groups are picked each week.

Franko’s leadership, treating every golfer the same whether they play recreationally or competitively, stands out, Carlson said.

“He’s just as excited about the kid at the bottom to help them get better, as he is with the kid who is shooting lights out to go full ride to D1,” Carlson said.

These are lessons the golfers can apply throughout life, both Carlson and Franko said.

Those are reasons why Dickey Electric continued to sponsor the division, even after Gavin recently graduated high school and isn’t competing in the tournament. “I love what (Greatest Golfer) is doing. I love that excitement,” Carlson said.