It started out innocently enough three years ago as a patriotic gesture to add a flagpole to a highly trafficked corner of his Boardman business’ property. But after the pandemic hit, Dan Santon set his sights on grander plans.

“When COVID-19 hit I felt it needed to be more than that,” the longtime owner of Santon Electric said. His shop sits prominently on Southern Boulevard between Rt. 224 and McClurg Road. 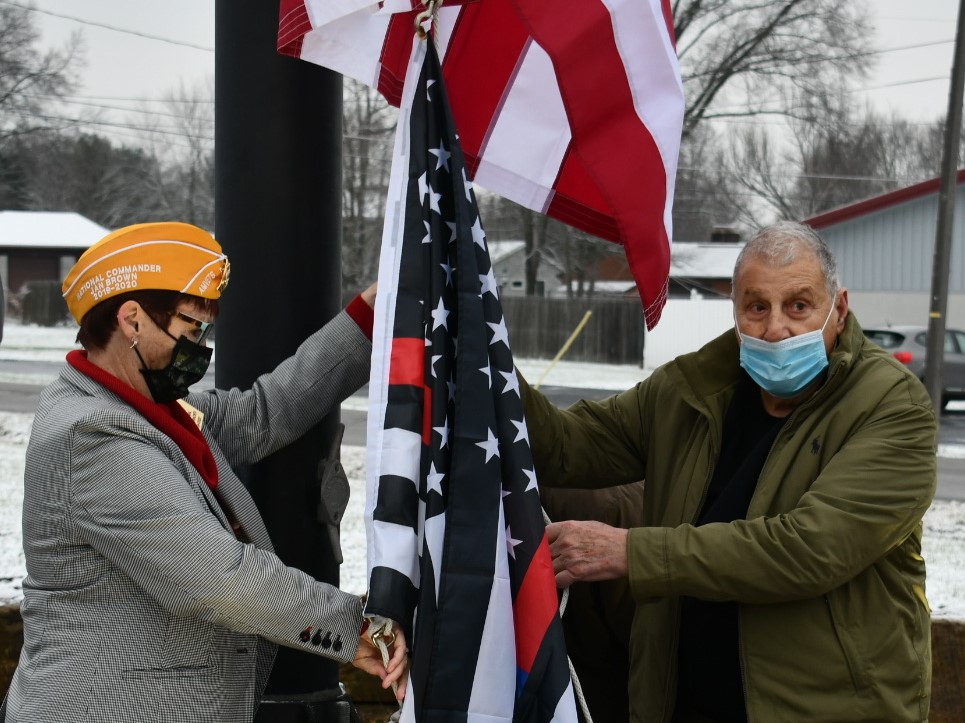 Next came pillars, a path, stamped concrete, trees and three marble stones for the base of a fountain. And just before the new year, Santon added a memorial plaque and held a dedication ceremony involving Veterans, safety forces and healthcare workers … all of whom this structure is dedicated to. 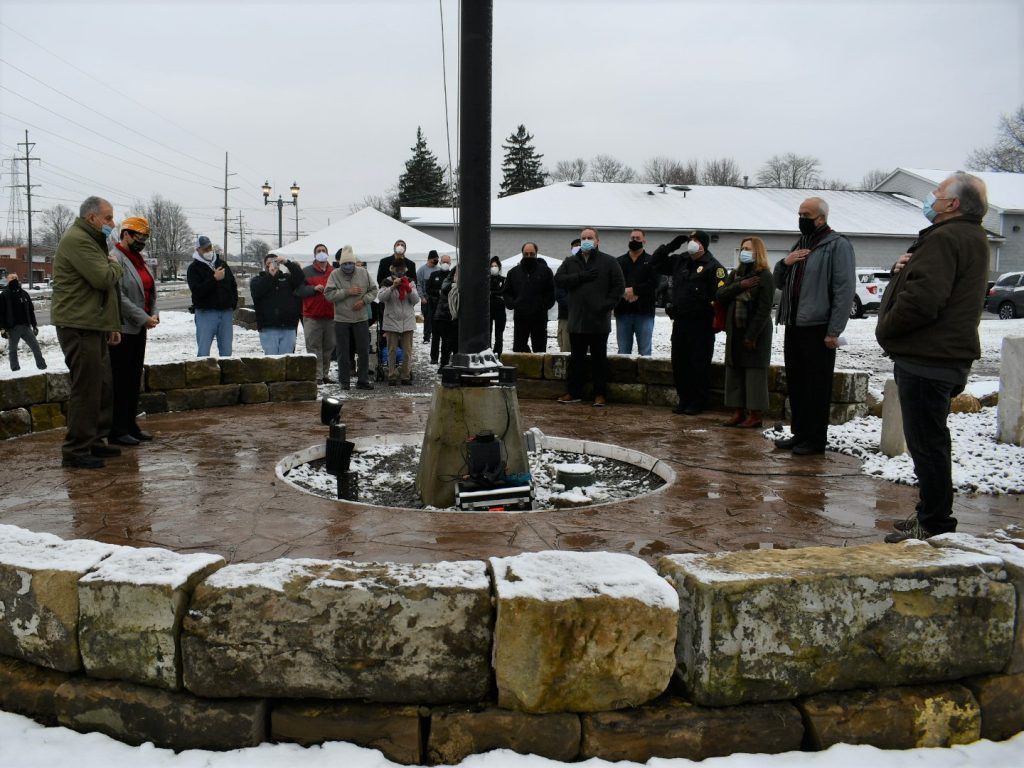 “This place was built for them,” Dan Santon said of the memorial to healthcare workers, safety forces and Veterans.

“Every day there are police cars, ambulances, firetrucks and healthcare workers driving to and from three hospitals that are right close by,” he said. “This place was created for all of them. It’s to honor what they do every day.” 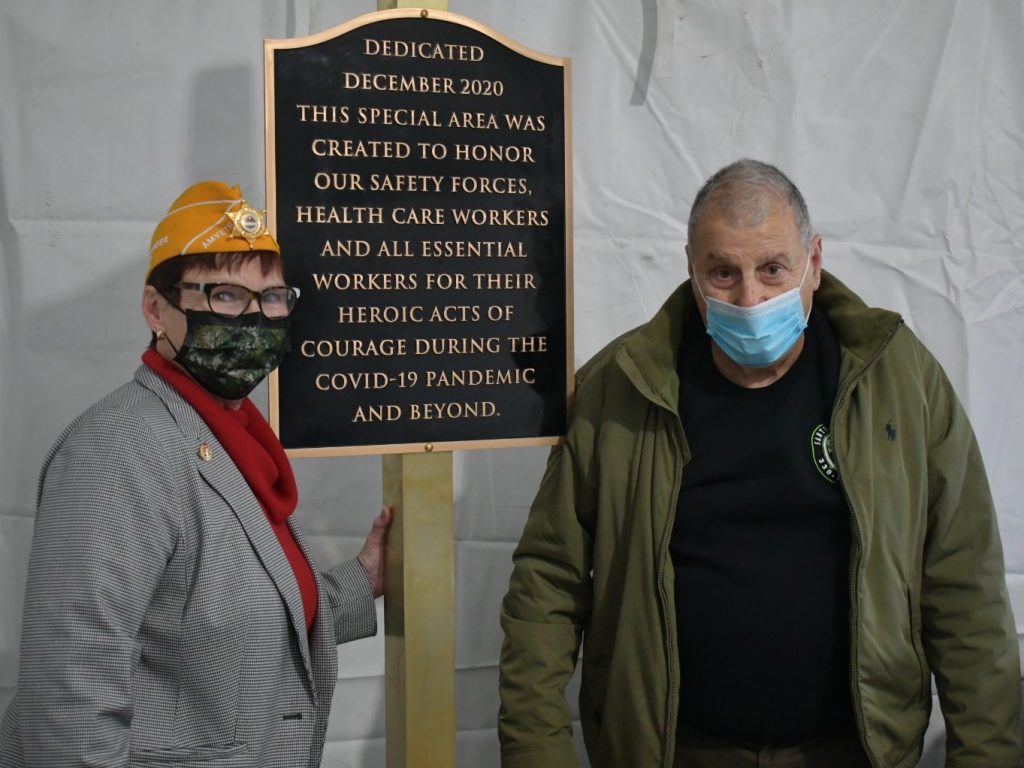 The memorial at Santon Electric is dedicated to the healthcare heroes battling COVID-19, first responders and Veterans.

Santon grew up in Youngstown and has always maintained a keen interest in the Valley’s history.

A time in our history that should never be forgotten

“When you think about the pandemic in 1918, with me growing up in the 50s we never even talked about it,” he said. “Jefferson Grade School was turned into a morgue in 1918. There’s no discussion about what people living at that time went through.

“This is truly a time in our history that should never be forgotten. I’m in a perfect spot for something like this and that’s the motivation for doing what I’m doing.” 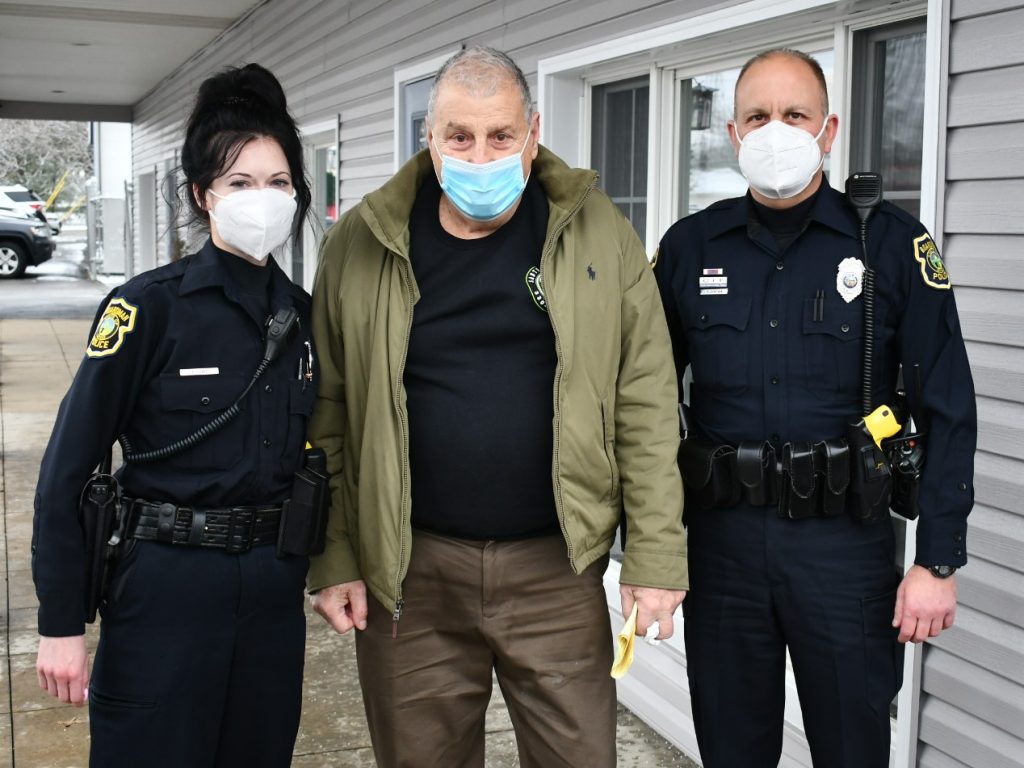 Members of the Boardman safety forces and area hospitals joined Santon’s family and employees at the dedication ceremony. 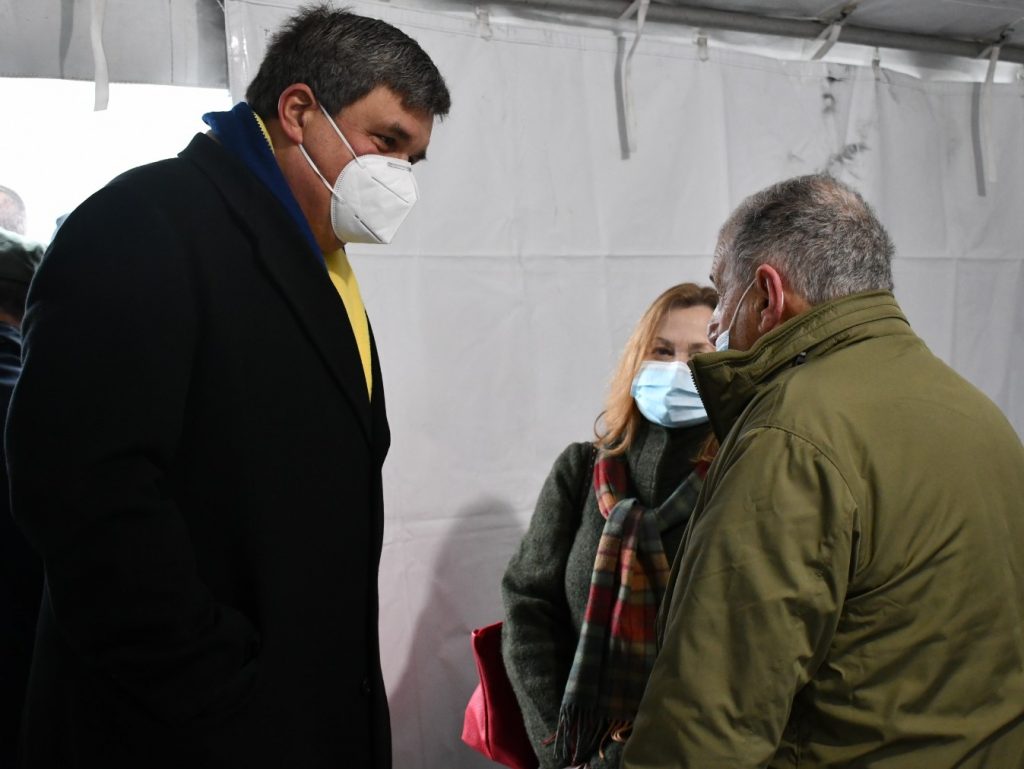 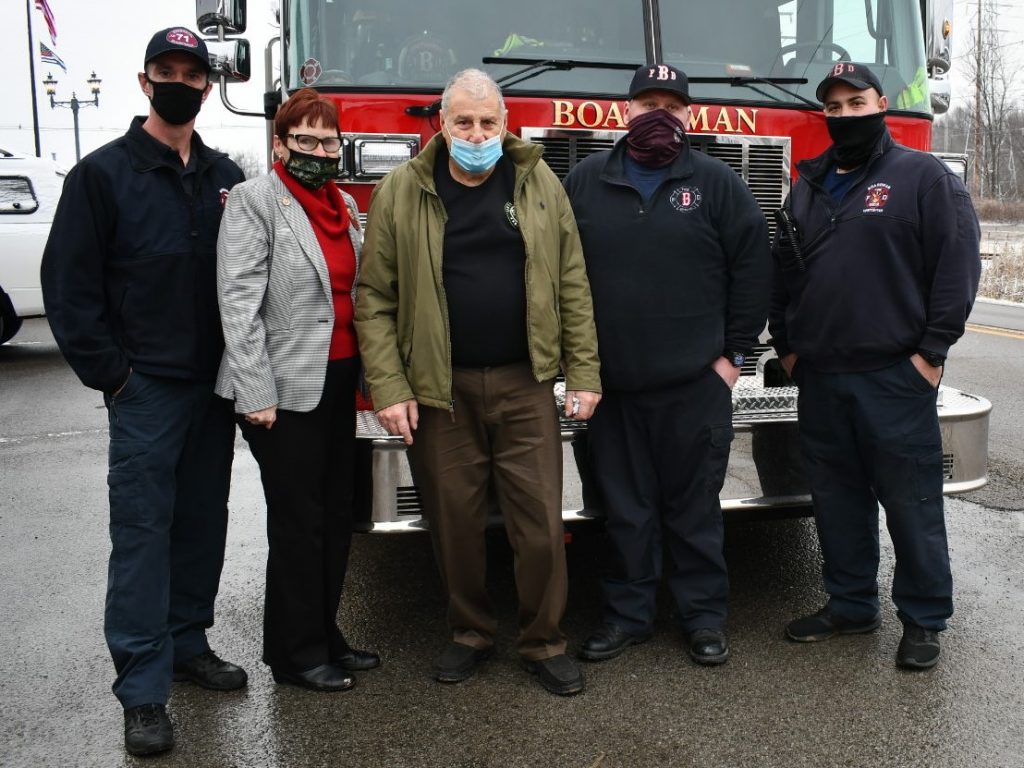 Among those in attendance at the dedication ceremony was Jan Brown, AMVETS National Commander.

“The fact Dan Santon took it upon himself to build this says a lot about Dan and Santon Electric, she said. “They continue to do good works for the Mahoning Valley.”

Commander Brown and Santon closed the ceremony by raising a flag amid the sounds of patriotic music and having the structure blessed by an area clergyman. 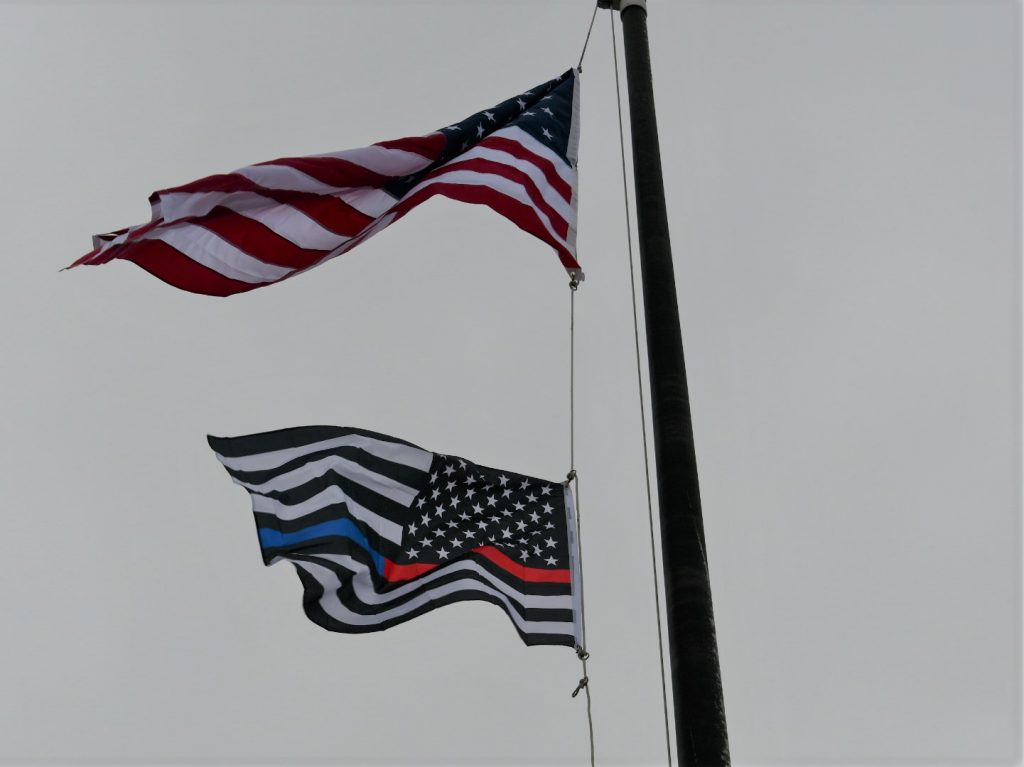