This week the Warren and Youngstown LMCCs were able to spread some Christmas cheer for two local Veterans who have fallen on some hard times.

A group of contractors and IBEW representatives invited Dana Cianciola and Christina Williams, both of Youngstown, to the Youngstown Area Electrical JATC to present them with gift cards to purchase wish list items for their children. 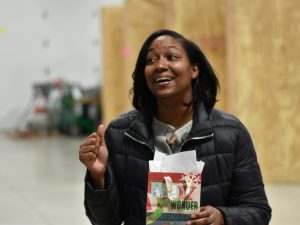 Christina Williams reacts to receiving gift cards from the electricians that will help her provide gifts for her children at Christmas. Williams is a US Army Veteran.

“I’m just so thankful I don’t know what to say,” Williams said. She’s an Army veteran who relocated back to the Mahoning Valley after her father died. She has three young children and is in-between jobs right now.

With the NECA-IBEW Electricians gift cards she’ll be able to get her daughter the computer she was hoping for. She’ll also be able to prepare a special Christmas meal with the grocery gift card she received.

“She’s going to be so excited. I can’t believe I’m going to be able to do this for her now,” Williams said.

Cianciola, who served nearly 10 years in the Navy, also has three young children, and after the restaurant she was working at closed, she’s been relying on help from family and friends just to provide the basic needs for her family.

“This is such a nice surprise, and I’m extremely thankful,” she said.

She planned on buying toys and books for all three of her children with the gift card she received.

“We did this for our members and to honor those who have served our country,” said Jim Burgham, business manager for IBEW Local 64 in Youngstown. 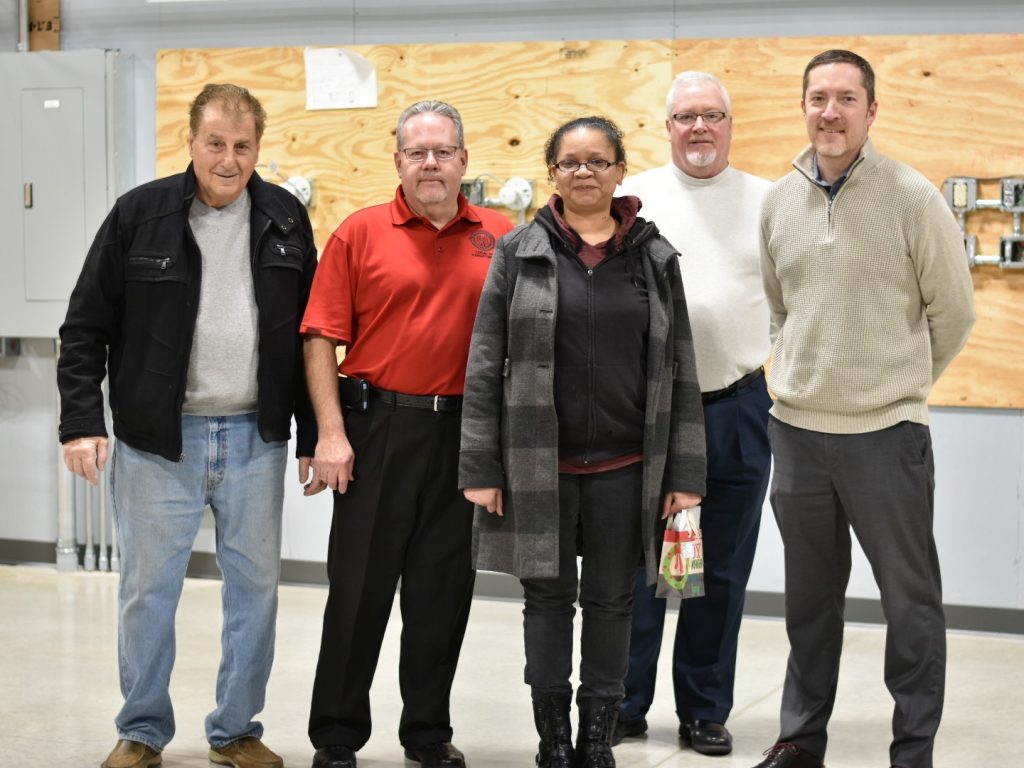 “We have too much respect for our Veterans to not do something to help those in need,” said Jack Morse, IBEW Local 573 business manager.