At a significantly lower cost and more time focused on developing a specific set of skills, local electrical apprenticeship leaders are explaining why skilled trades careers are the way to go.

A national study analyzed 10 years of data and found that graduates of union apprenticeship programs can earn just about as much as a four-year college graduate, including benefits.

The study was completed by the Illinois Economic Policy Institution.

Right off the bat in an apprenticeship, apprentices with IBEW Local 64 in Youngstown and Local 573 in Warren start making at least $13 an hour and receive raises every six months.

That’s in comparison to attending college, where students may not be able to work due to their schedules and course load, or they do work but earn closer to minimum wage.

An investment that quickly pays off

The cost for a 3-5 year apprenticeship is roughly between $1,000 and $1,500 for the duration of the program, said Ed Emerick, training director for the Youngstown Electrical JATC.

That covers books, the software for the learning management system and an administration fee.

According to Education Data Initiative, it costs a student in the U.S. an average of $35,331 annually to attend college. That includes books, supplies and day-to-day living expenses.

Truly setting an apprenticeship apart from attending a college or university is the experience, said Eric Davis, training director for the Warren Electrical JATC.

There are two apprenticeship programs apprentices can choose: a three-year residential and a five-year commercial/industrial. 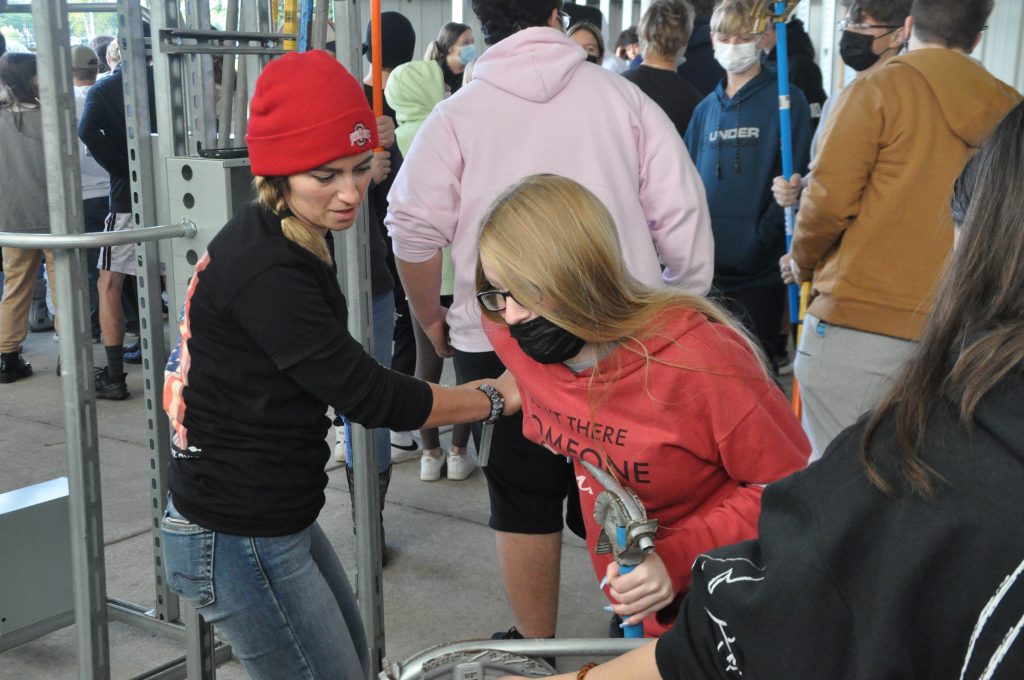 Katie Gintert, left, is an apprentice with IBEW Local 573 in Warren. She talks with girls and young women about joining the electrical trade, citing wages and steady work as reasons why she chose the career path.

Then, there’s the related instruction, which is usually about 200 hours per year.

“It’s 70 class nights over the course of an instructional year, usually starting in late August and lasting into the first part of June,” Davis said, with an exception over the last two years due to the COVID-19 pandemic.

Throughout an apprenticeship, JATC leadership reassigns apprentices to different employers and different job sites to help students gain experience, Emerick said. This is done at least once a year.

“We want as much variety as we can so apprentices are exposed to as many different kinds of work environments as possible,” Davis added. “We want to give them a wide range of experience.”

Once apprentices complete their program, or “top out,” and become journeymen, they are placed by business managers Scott Satterlee for Local 64 and Mike Nemkovich in Local 573.

In the study, apprenticeships run by a union showed to be the best “rival” to obtaining a bachelor’s degree.

Union-based apprenticeships in the construction industry were found to earn $58,000 annually, on average. That’s compared to just under $40,000 for nonunion workers.

Locally, entering a union apprenticeship sets skilled tradespeople for higher wages upon completing their program, both Davis and Emerick said.

Starting wages for electrical journeymen is about $37 an hour, plus benefits, Davis said, adding that figure is based on collective bargaining. 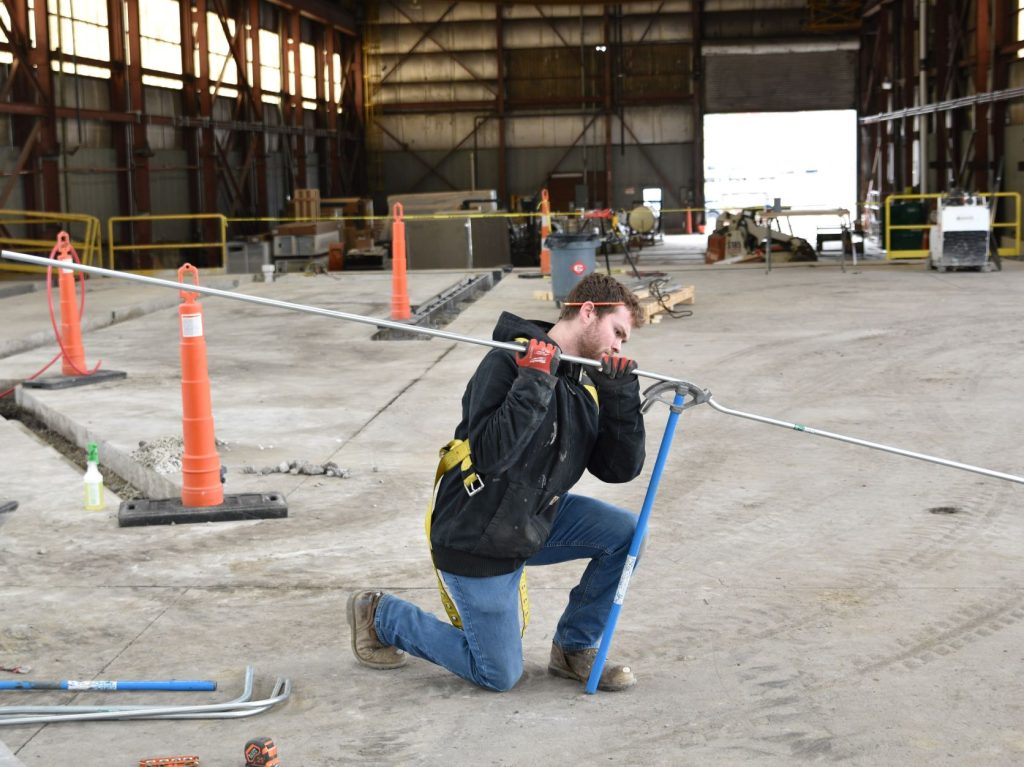 John King, a third-year apprentice with MG Electric, works with conduit at the Penguin City Brewery in Youngstown. Since the start of his apprenticeship program, King has gained hands-on exposure alongside experienced IBEW journeymen.

Contractors pay into healthcare for apprentices beginning their first day, and after apprentices become a member of the IBEW, local retirement kicks in, Davis said.

Earn, learn and get a degree

Degrees are still an option in conjunction with an apprenticeship.

“If you or your parents really want you to have a college degree, we can help you earn an associate’s while you’re in the apprentice program,” Emerick said.

Local 64 has an articulation agreement with Northwest State Community college, where apprentices take online classes and are given credits for all of the Local’s courses.

“You get your general education courses completed online. In turn, Youngstown State will accept those courses, along with other colleges in Ohio,” Emerick said.

“Now, you head into YSU and you’re on track for engineering.”

Anyone interested in starting their career in the electrical industry, or to find out more information on local apprenticeship programs, visit atradethatpays.com.