It’s all about giving back to the community. For Brian Crumbacher, he gives back with a clipboard and a whistle.

“I have been coaching football since 1994, with my 24th year coming up this season,” Crumbacher said. “When I graduated high school, I was in shellshock that I was done. So, I started coaching at that point instantly.”

As life progressed, Brian got married and started a family. Now, his children are involved in athletics. 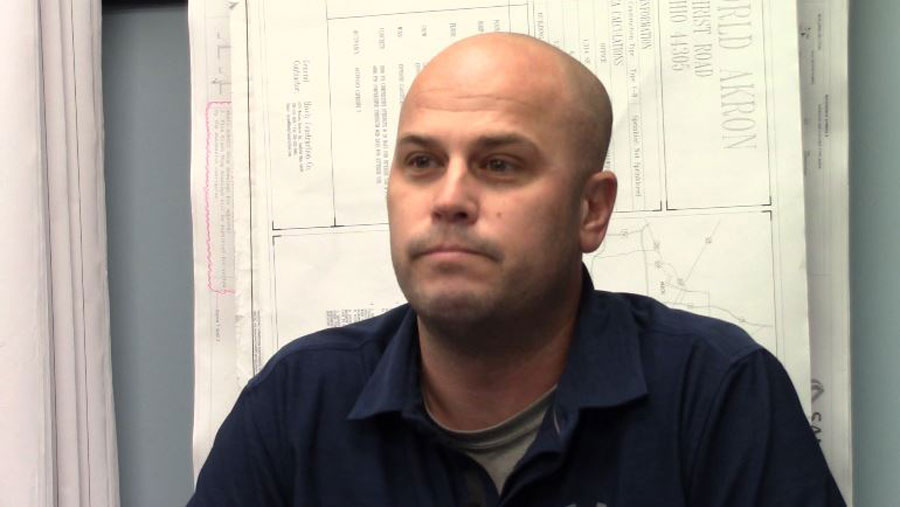 In addition to coaching, Brian Crumbacher is the labor coordinator at “Joe” Dickey Electric. In that role, he handles day-to-day labor and safety operations on commercial jobsites.

“As my kids started getting into sports, I started coaching them in baseball, basketball and other avenues.”

For the last two years, Brian has coached his oldest son in 7th and 8th grade football for the South Range School District. It is an experience Brian will never forget.

“That was special because I used to push him around in a stroller at practice when my wife worked second shift,” he said. “For him to go through the whole process and to finally be able to coach him for two years was special.”

Brian’s youngest son will be starting 7th grade this coming year and joining his dad on the gridiron. As a parent and a coach, Brian says it takes a delicate balance.

“It was a little different impact once your child and his friends that you’ve coached in other sports are there,” Crumbacher said. “It changes your perspective a little bit on things.”

When he’s not coaching, Brian is the labor coordinator at “Joe” Dickey Electric. In that role, he handles day-to-day labor and safety operations on commercial jobsites. Brian also went through the electrician apprentice program at Youngstown Area Electrical JATC.

“I was driving truck for Dickey Electric in 1994. I went through the apprenticeship with various contractors and ended up back here in 2012.”

Now a part-time instructor at the JATC, Crumbacher says he recognizes the traits that allow apprentices to make their mark in the field.

With an eye towards community service in his coaching role, Crumbacher lives by a certain motto.

“Pay it forward. I learned that at a very young age through my parents,” he said. “It’s a good feeling giving back, and I hope I am a role model for other younger people to give back.”

In addition to his parents, Brian learned the value of giving back from another role model – Joe Dickey.

“I was around him at a young age and I can remember meeting him at basketball games. He’s been a huge role model that he doesn’t even know about.”