Brown, the first female National Commander and a Mahoning Valley resident, was touched by the generosity of Santon Electric and the IBEW-represented electricians who completed a much-needed electrical service upgrade at Post #44 in Struthers where Brown was a former Commander. Santon Electric and the Youngstown LMCC combined to cover the cost of the labor and materials. 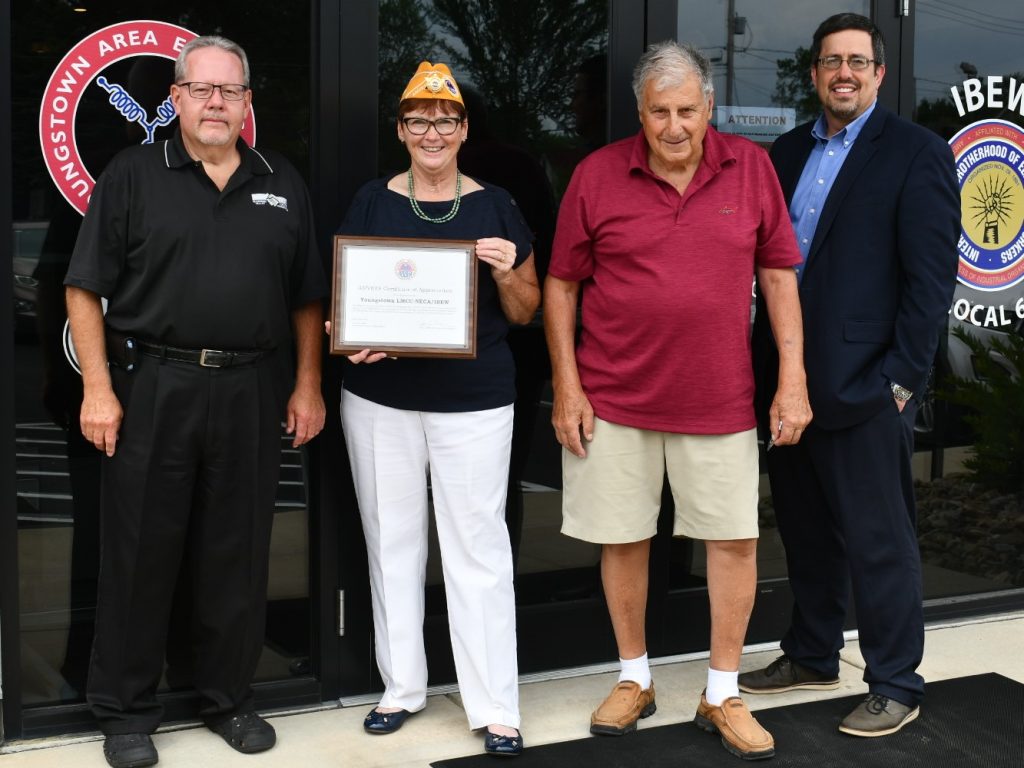 “Santon Electric has been a benefactor of ours whenever we’ve needed it and we’re so appreciative of what they’ve done along with the international and local unions,” Brown said. “We run on a shoestring budget. We’re in an old building where one switch turned on all the lights and there were only five outlets; and they weren’t conveniently located.”

The lighting and electrical upgrade added energy-efficient LED lights and new outlets throughout the building. 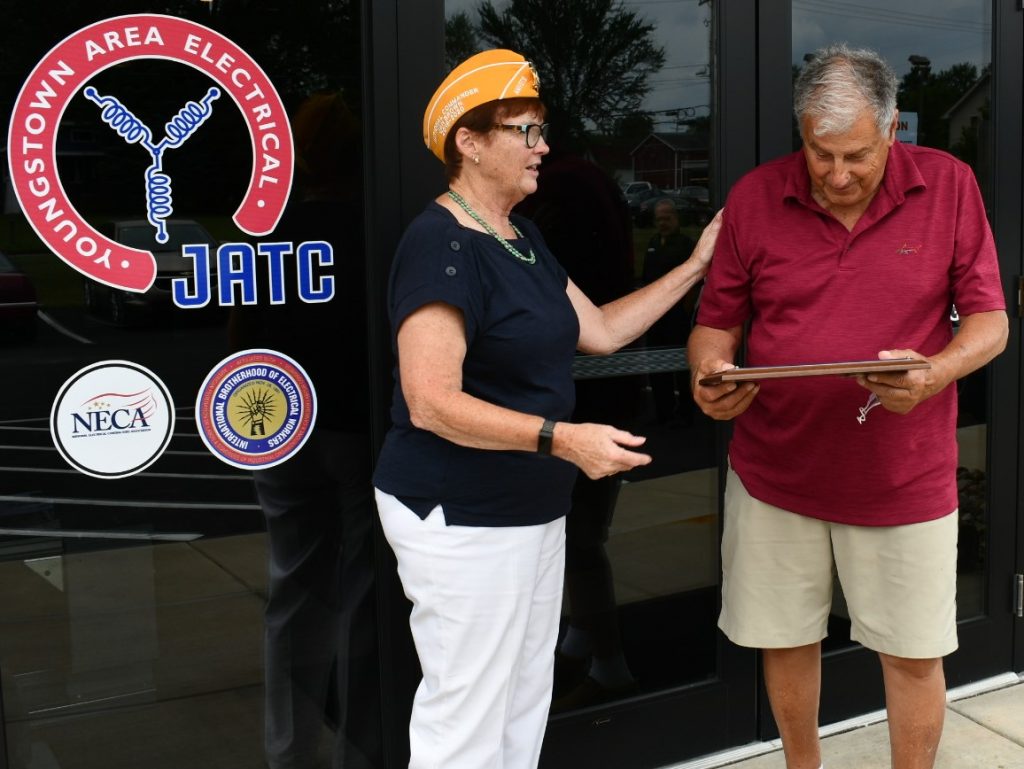 Dan Santon humbly accepted AMVETS National Commander Jan Brown’s gratitude for always being there for the Veterans when called upon.

“Our electric bill reflects the savings they helped us achieve, which is huge in a building that size,” Brown said.

Brown added that the Post can now more effectively serve the neighborhood with its traditional events like food giveaways, Shop With a Cop, motorcycle charity rides and more.

“The post has been a good fit in the community, and we like to give back where we can,” she said.

“Any time we can help a Veterans organization, the safety forces or anyone in health care we’re happy to be involved,” he said.

Santon Electric’s shop on Southern Boulevard in Boardman is in the process of building a tribute to area safety forces next to its flagpole. Dan Santon said he encourages police and fire personnel to stop by any time and enjoy a moment of peace and reflection there when it’s completed.

NECA-IBEW Electricians is an association of signatory electrical contractors in the Mahoning Valley and IBEW Local 64 in Youngstown and IBEW Local 573 in Warren.