Erin Pope is going after her dreams.

The first-year apprentice with IBEW Local 573 in Warren switched careers and is happier with how her future is shaping.

Pope was a veterinary technician for three years prior to her apprenticeship.

She went to college and earned a degree, but after giving her career her all, it just wasn’t for her. 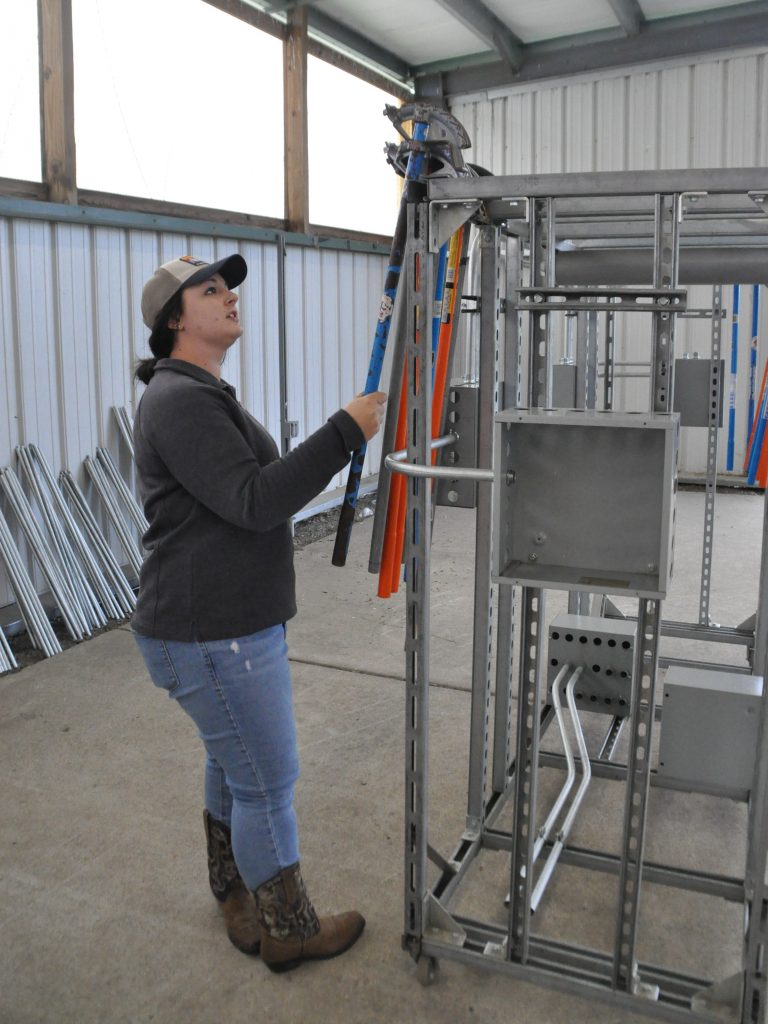 Erin Pope, an apprentice with IBEW Local 573 in Warren, decided to go into the electrical industry after college.

Knowing she wanted to go into the trades, Pope began doing research, originally applying to be a pipefitter.

At the suggestion of an acquaintance, Pope also applied for the electrical apprenticeship, which she chose to pursue after looking into the industry.

Once she completes the program, she wants to work at industrial sites because she likes the organization and detail that goes into large-scale projects.

Pope encourages anyone – from high school students to people working and looking for a new career trajectory – to “do it.”

“It seems scary at first but once you make that transition it’s a huge weight off your shoulders.”

The beauty about apprenticeship programs is they are designed to teach people starting with the very basics.

“Even if you know nothing about what you’re going into, it doesn’t matter,” Pope said.