Bush has previously worked on three solar projects for Kent State University and has established himself as an advocate for making the transfer from fossil fuels to electric energy after participating in several radio discussions for national nonpartisan clean energy advocate organization, E2. It was his advocacy that gained Bush the notoriety to be selected for the panel. 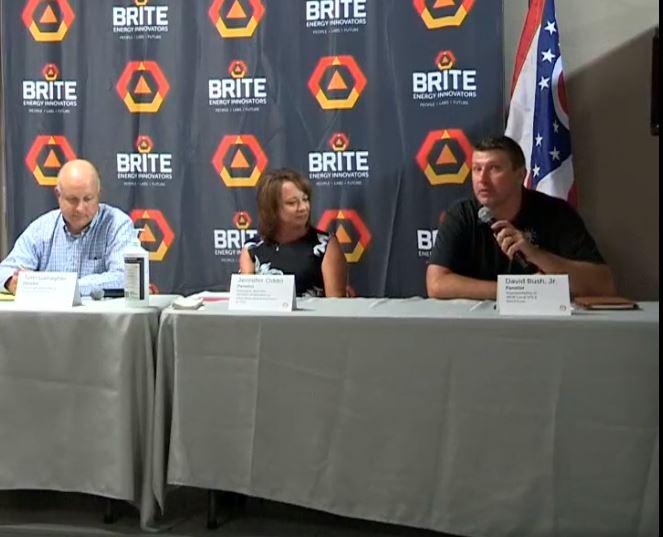 IBEW Local 573’s David Bush, Jr. spoke on a Green Energy Ohio panel as an advocate for local tradesmen’s preparedness for a transition from fossil fuels to electric technology.

Through his participation, Bush hoped to effectively represent the IBEW and organized labor, in general.

“I wanted to stress the point that the people doing the work to make these conversions deserve a voice at the table,” he said. “Participation from IBEW and organized labor is not only a viable choice, but a necessary choice to make this transition.”

Bush is extremely optimistic about what he calls an “exciting transition from the Rustbelt to Voltage Valley.”

“This valley is built for industry. We have the skilled people ready and willing to do the work. We have the technology, and we have the ability to merge those skills and technology to make this quick transition to electric and not only man the work, but thrive in it,” Bush said.

Making the transition to Voltage Valley must be a comprehensive effort, he said. Solar power, battery storage, highway charging stations, and home charging stations must all seamlessly integrate to build the power grid of the future. The way Bush sees it, the conversion from fossil fuels to electric vehicles is a primary function of the IBEW.

“We’re the guys who bring the electricity. It is vital to keep the skilled labor of the IBEW in the forefront for all aspects pertaining to this technology,” he said.

IBEW Local 573 is part of NECA-IBEW Electricians, an association of IBEW locals and signatory electrical contractors in the Mahoning Valley.