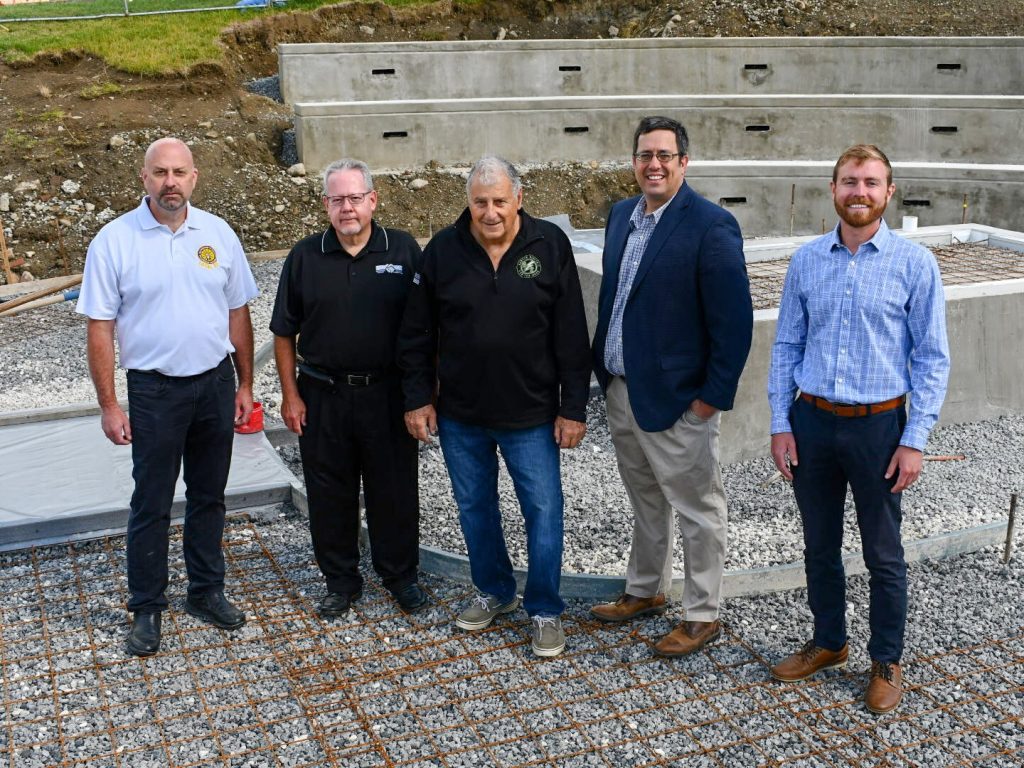 Construction is underway in downtown Youngstown on a statue to commemorate the 75th anniversary of the monumental handshake between a local man and a baseball legend.

In 1946, the first African-American Major League Baseball player, Jackie Robinson, hit a home run in his first game with the Montreal Royals, a minor league affiliate of the Los Angeles Dodgers. In a true representation of a dark time in our nation’s history, his two teammates on base at the time didn’t wait at home plate to congratulate Robinson.

Seeing this, on-deck batter George “Shotgun” Shuba, who grew up on Maplecrest Drive in Austintown, met Robinson at the plate and extended his hand, engaging in what would become known as “A Handshake for the Century.” 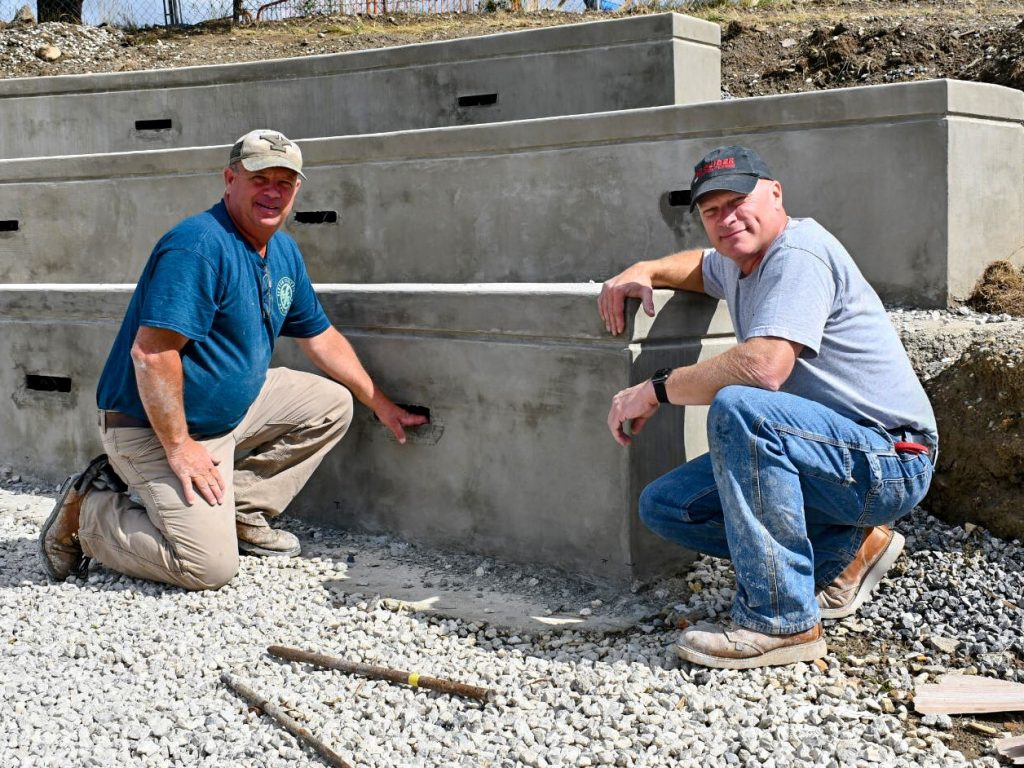 Through a series of donations, including sizable contributions from both the Youngstown and Warren chapters of NECA-IBEW Electricians, that historic occasion will be immortalized in a larger-than-life statue at Wean Park on South Phelps Street in Downtown Youngstown. Member contractor Santon Electric owner Dan Santon sees the statue as a way to unite the community. This is why he was so passionate about wanting to be involved in the project.

“We’re always looking for ways to help lift up our hometown and do some good for the community, and this seemed like the perfect project for our member electrical contractors and IBEW locals to support,” Santon said.

The project will consist of pole lighting as well as lights within the concrete seating area that will surround the statue. Santon stated that adding lighting within concrete seating is a challenge, but his team is up for the task.

Santon Electric will also donate the portion of lighting and electrical labor costs not covered by other donations.

Brock & Associates Builders of North Lima is the general contractor on the project. 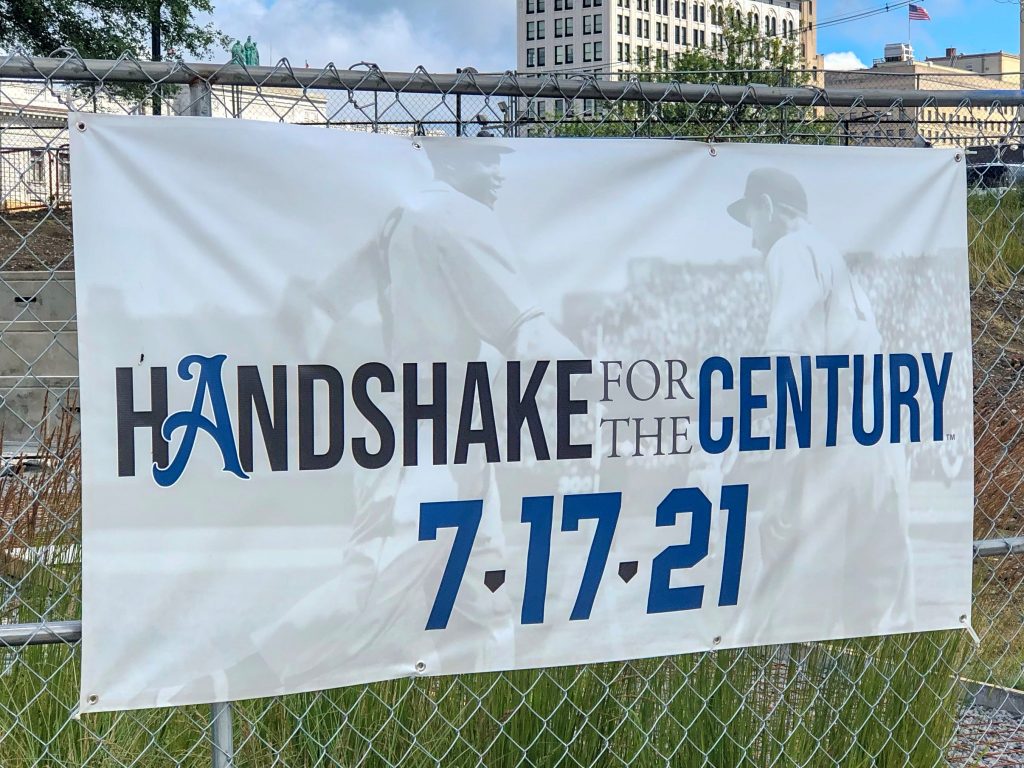 The Robinson-Shuba statue will be formally unveiled July 17 in Wean Park in Youngstown.

A public unveiling is set for 9 a.m. Saturday, July 17 and will receive national attention as it airs live on ESPN.

Donations to the Robinson-Shuba Commemorative Statue project can be made here.