Scott Satterlee might be relatively new to the position, but he’s certainly not short on fresh ideas nor experienced minds to help guide him. 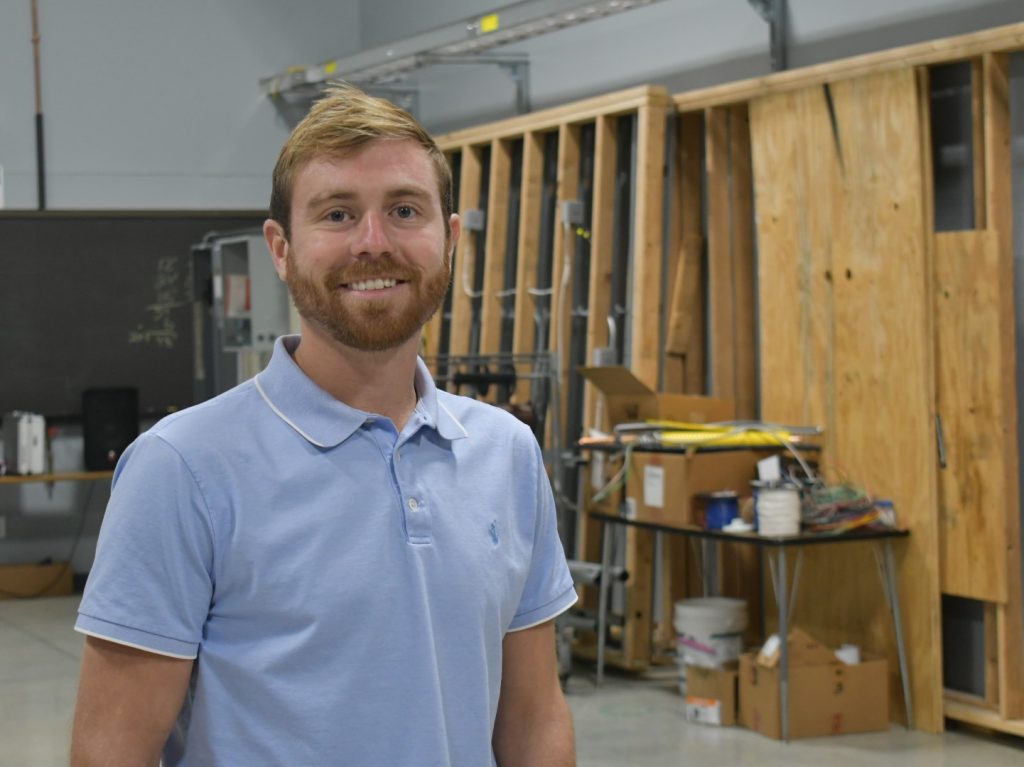 Scott Satterlee is the new President of IBEW Local 64 in Youngstown.

Union pride and union leadership is a family business of sorts for Satterlee. His father was a UAW delegate and union rep at GM Lordstown, and his grandfather on his mother’s side was a Teamster.

“You go into his garage and he still has ‘Jimmy Hoffa for President’ stickers that he never peeled the backs off of,” Satterlee said of his grandfather.

From helping dad to pursuing an apprenticeship

His father’s dedicated service to his members was something Satterlee always admired. 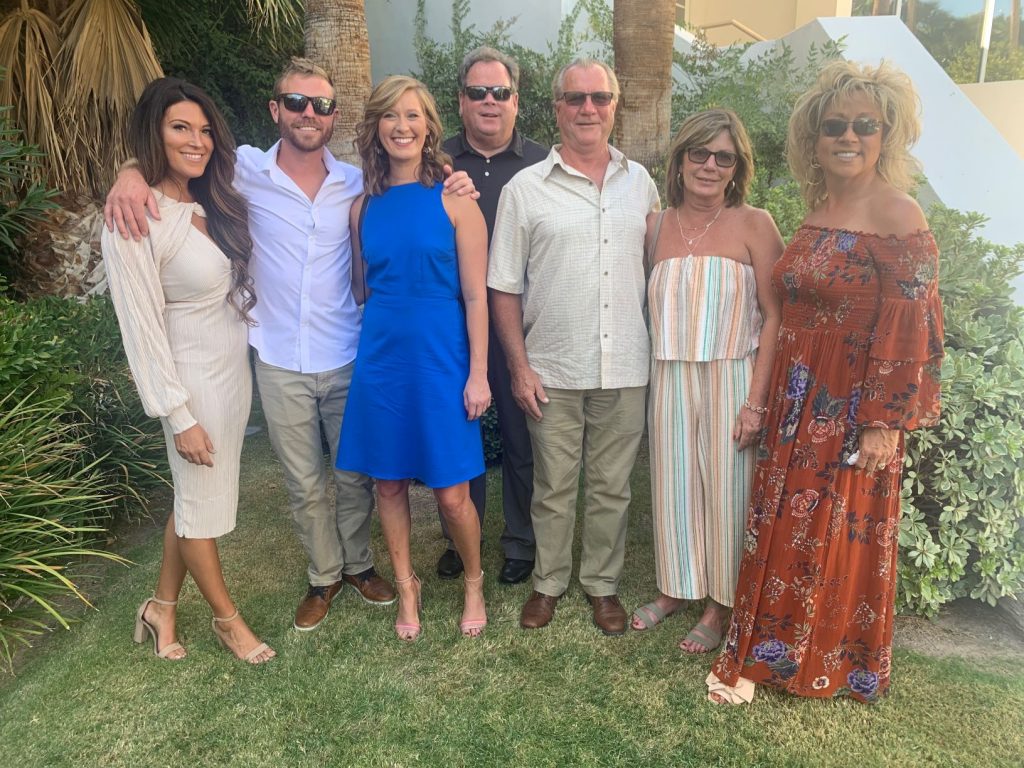 Satterlee (second from left) was inspired to pursue a leadership position at IBEW Local 64 by his father (third from right), who was a UAW union rep at GM Lordstown. He also has the support of friends and family.

“Just seeing how he always cared for the people he represented and always looked out for their best interests was something that stuck with me,” he recalled. “How he answered the phone on weekends, nights, and always made himself available when someone needed something. He was never off the clock.”

Satterlee’s father also inspired him to pursue the electrical trade.

“He has rental houses, and I’d always be helping him work on them,” Satterlee said. “Electrical was what he knew the least about, so that’s what made me want to learn more about it.”

The Austintown native studied business at YSU for two years before switching gears and entering the Youngstown JATC apprentice program in 2012 to become a commercial electrician.

Among his apprentice experiences he worked with VEC on the Austintown Racino project. And later, with Santon Electric upon topping out he helped build the Mercy Health Howland emergency room. 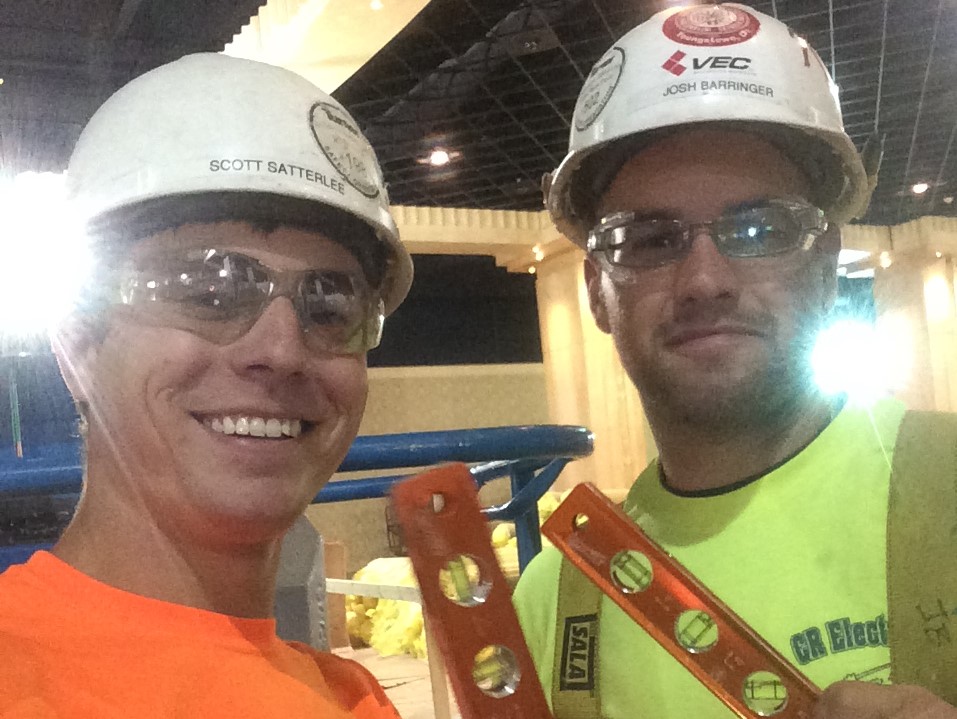 Satterlee worked with VEC during part of his YJATC apprenticeship, along with colleague Josh Barringer.

Now, just a handful of years removed from the apprentice program himself, he serves on the Apprentice Committee evaluating candidates for program.

“What I tell candidates is this is a career; it’s not just a job,” Satterlee said. “We have a pension, annuity, health care, steady work, and there are a lot of opportunities beyond being a wireman after the apprenticeship. It can be a gateway to a lot of other career paths – estimator, contractor, project manager, foreman, superintendent, sales.”

Mentors at his disposal

And for him, union leadership. And despite his inexperience, he knows where to go for answers.

“Jim (Burgham) is a wealth of knowledge. It makes me super comfortable having him nearby to ask questions and get his opinion on things. And having Bill (Booth) with me a whole month was super helpful. He taught me a lot.”

Dad is still close by, too, when needed.

“I always respect my dad’s opinion. If I have something I’m unsure about I’ll reach out and get his thoughts.”

Being from the “technology generation” Satterlee said one of his visions is to build upon the Local’s online presence and take advantage of efficiency tools to help with marketing, member development and paper-based administrative tasks. Another is to add a fresh perspective to the Local’s leadership.

“I want to keep things as strong as they have been,” he said. “Bill and Jim have made sure that we’ve controlled as much market share in this surrounding area as we could. They’ve done an awesome job. If anything, I’d like to add fresh ideas where I can, especially as they relate to the younger tradesmen and women that we’ve been adding to the membership.”

See you on the lake

Satterlee lives in North Jackson and can regularly be found on the lake when he’s not working. 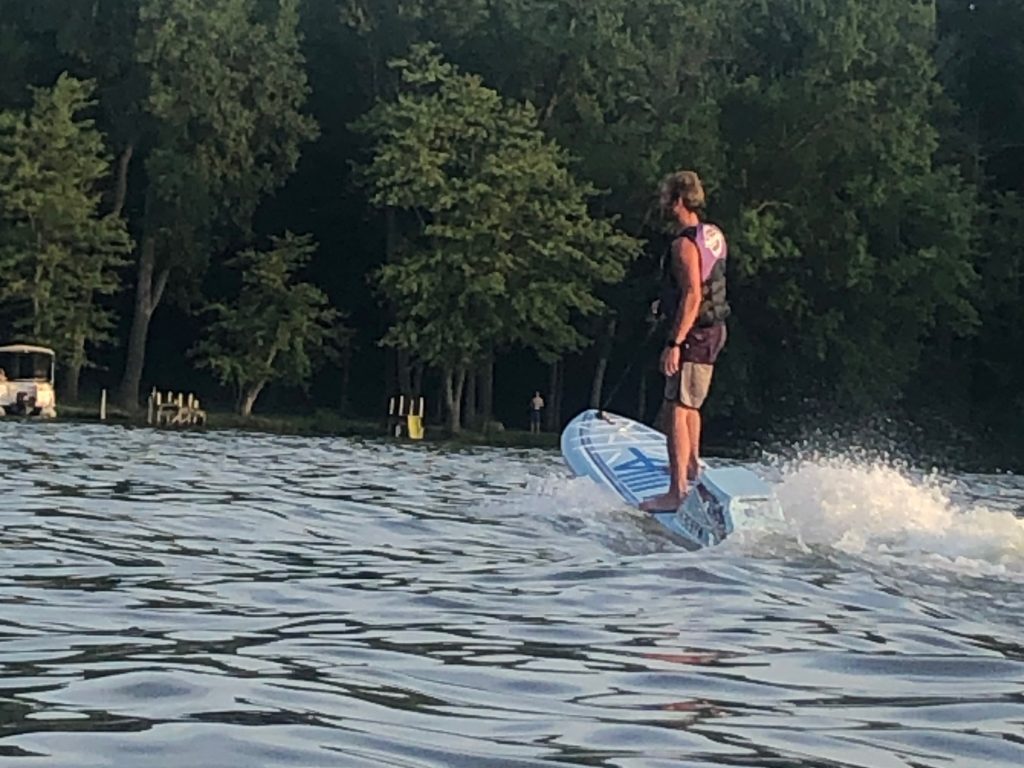 Satterlee likes to spend time on the water when he’s not working, including jet skiing, water skiing and boating at Lake Milton.

“Jet skiing, boating, water skiing on Lake Milton, and when I’m in Geneva I’ll do a little fishing in Lake Erie,” he said.

And when there’s not a pandemic going on, he likes to travel.

“My girlfriend is the adventurous one, but I’ll go along for the ride and we end up having a great time,” he said. “The coolest place I’ve been is Costa Rica.”

But in the meantime you’re sure to catch him on jobsites or at the Union Hall serving his members.