Thousands of high school students from around the Mahoning Valley will get an up-close look at skilled trades, and how they can build their future.

Organizers want to show students that pursuing a career in trades is a viable option after graduation.

Eric Davis, training director with Warren Electrical JATC, said the event was extended from a one-day event to span two days this year. 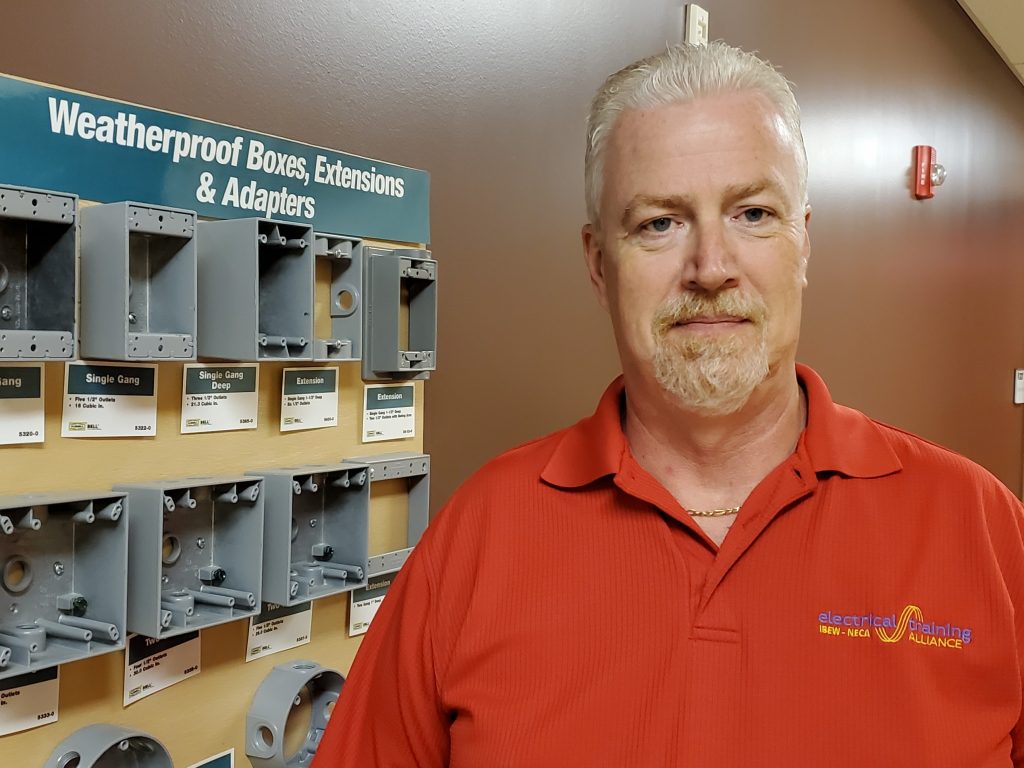 Eric Davis, training director with Warren Electrical JATC, says the 2021 Mahoning Valley Skilled Trades Expo is expected to have a great turnout. At the event, students from the Valley will be introduced to skilled trades.

Students from area high schools will attend between the mornings both days, while adults from the public are invited Wednesday afternoon.

In 2019, the inaugural expo was held, with organizers planning for about 1,000 students from Mahoning, Trumbull, Columbiana, Portage, Lawrence and Mercer counties.

More than 4,000 students attended in one day.

All high schools from each district in the five-county area are invited, including the career and technical students.

“It was great we had that many people who showed an interest in the trades,” Davis said.

Another solid turnout is expected for this year’s expo, Davis said.

As planning was underway for 2020, it was ultimately cancelled when the COVID-19 pandemic hit.

A first look at the industry

Over the course of the two years since the first expo, some buzz about the electrical industry and apprenticeships has been sparked, he said.

To engage students, Davis said several instructors who are a bit closer to their age will attend, and six apprentices will be able to share their first-hand experiences with the industry.

There will also be exhibits from the four locals involved, including IBEW Local 573 in Warren, IBEW Local 64 in Youngstown, Local 246 in Steubenville and Local 712 in Beaver, Penn.

“This helps having peers explain what they do for a living, but also, many students may not realize what trades actually do,” Davis said. “This gives them a quick, first glimpse at this career path.”

Davis said it’s known that some of the students who attend will go into the military or go to college, and that’s OK.

This expo is an opportunity to show students “you don’t have to go to college to get a good job and make a decent amount of money,” Davis said.

Ultimately, the expo leaders want to spark the conversation that trades are a viable option to set up a secure future, he added.