Jim Burgham, business manager for IBEW Local 64 in Youngstown, was honored with the Salute to Labor Achievement Award.

For him, the award symbolizes his decades-long career working with members and throughout the construction industry.

“I’ve promoted labor in the valley, as well as the relationships that create that,” Burgham said. 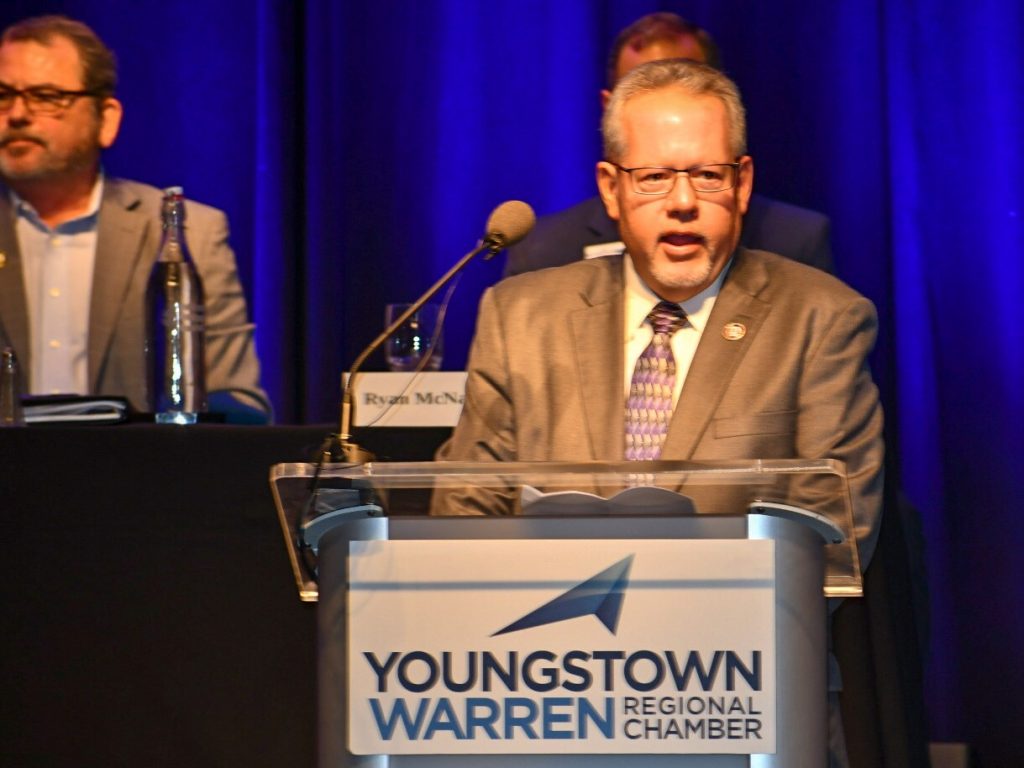 40+ year IBEW Local 64 member and current Business Manager Jim Burgham was honored with the Regional Chamber’s Salute to Labor award. In his acceptance remarks he stressed the importance of keeping open lines of communication, even in times of heated debate, as a key to a successful labor negotiations. Burgham has served 9 terms as Business Manager and plans to retire at the end of 2021.

The award recognizes Burgham’s work while wearing various hats in his career.

“This award is a long time coming for Jim Burgham, who’s built a distinguished career both on the local and national level with the IBEW. Jim is not only a well-respected champion for labor, but his devotion to his local’s members and the community are unparalleled,” Mahoning Valley NECA Executive Director Tom Lipka said.

Burgham’s contribution to not only Local 64, but to the Chamber was included in the decision to name him to the award.

“Jim Burgham has been a valued partner to the Chamber’s economic development efforts. As a long-time member, Jim was instrumental in the creation of the Chamber’s Labor and Political Roundtable many years ago,” the Chamber said.

The group meets bi-monthly and is comprised of labor and political leaders who proactively discuss potential development hurdles involving labor, business and government.

“Jim has been a great Chamber partner and leader in the community and takes pride in all that he does,” the Chamber said.

Promoting labor in the Mahoning Valley, Burgham understands both the labor side of the industry as well as the administrative component.

Burgham completed an apprenticeship program in the early 1980s.

“Early on, a previous president of the Local got me involved” by encouraging him to join some committees and later run for office, Burgham said.

“As a young journeyman I was elected to the executive board,” Burgham said. He was appointed in 1992 as union president to fill a vacated term, and ran the following year.

In 1996, he first ran for business manager and has been reelected the last nine terms.

“I can see both sides of the table,” Burgham said. He represents the members first, “but we need to be able to find common ground to move forward.”

First and foremost, though, Burgham makes sure members are taken care of, whether it’s through contract negotiations or answering questions. He also uses his network to help those in his union when it comes time to bid on a project.

“Jim’s impact on labor and his tireless work on behalf of Local 64’s members are unquestioned. It’s an honor to call him a peer,” Nemkovich said.

Echoing the sentiment, Scott Satterlee, president and membership development for IBEW Local 64, noted that Burgham’s approach to representing members “has been an integral part of the union’s success over the years.” 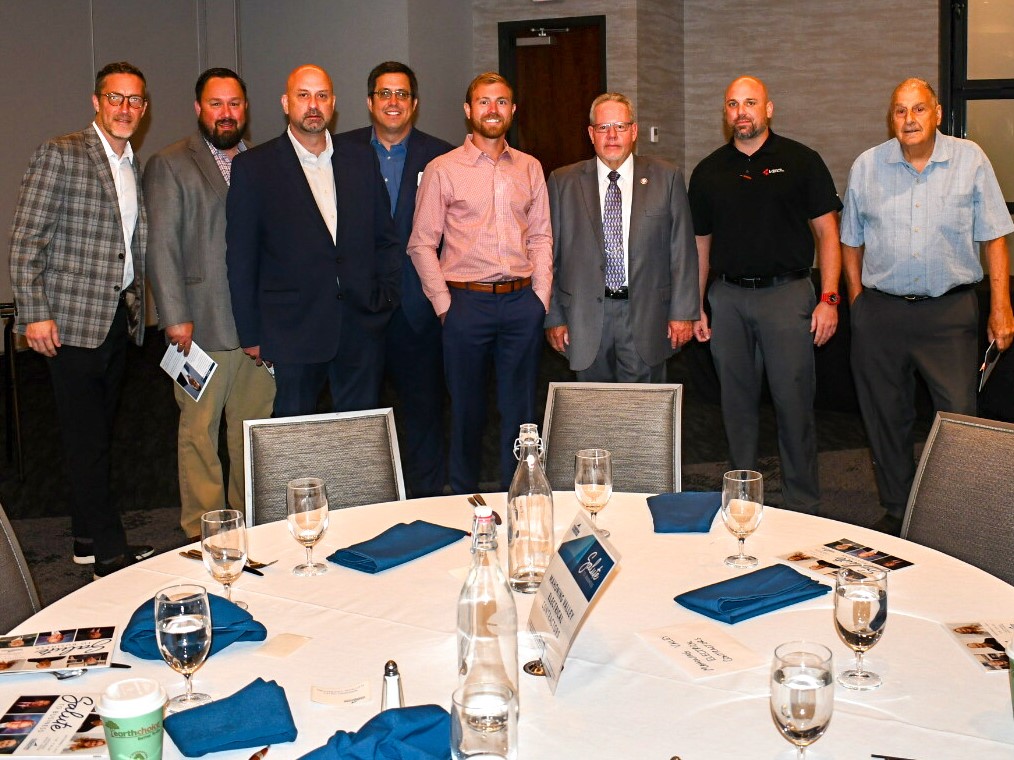 Being able to carry out his roles through the years has been made possible through the support of the union as a whole, Burgham said.

Another part is becoming “involved in a lot of different things.”

Burgham is involved in various committees within the IBEW, including the International Executive Council 3rd District.

“It’s an honor they have enough faith or trust you to represent them on that level,” Burgham said.

IBEW Local 64 has about 360 members. They represent commercial and residential construction, voice data video, and even maintenance personnel at some schools.

For him, being able to see a physical task he completed led to a sense of fulfillment. That evolved as he began taking on more executive roles with contract negotiations.

“When I started getting involved with the local union, I got that same satisfaction helping to organize a contract, helping to make some positive changes to our pension, or health and welfare plan,” Burgham said.

He thought to himself, “I enjoy that, too, that I did something to help other members.” Although it’s his duty, it still fulfills him.

On the open road

When he’s not taking care of his members, Burgham and wife Shirley like to travel.

Over the last 15 years, they have ventured around the United States on a Harley Davidson motorcycle, often going with friends on their bikes.

Making plans for a group of people isn’t limited to just work.

Burgham planned a trip for himself and his motorcycle friends, traveling around the shoreline of the five Great Lakes.